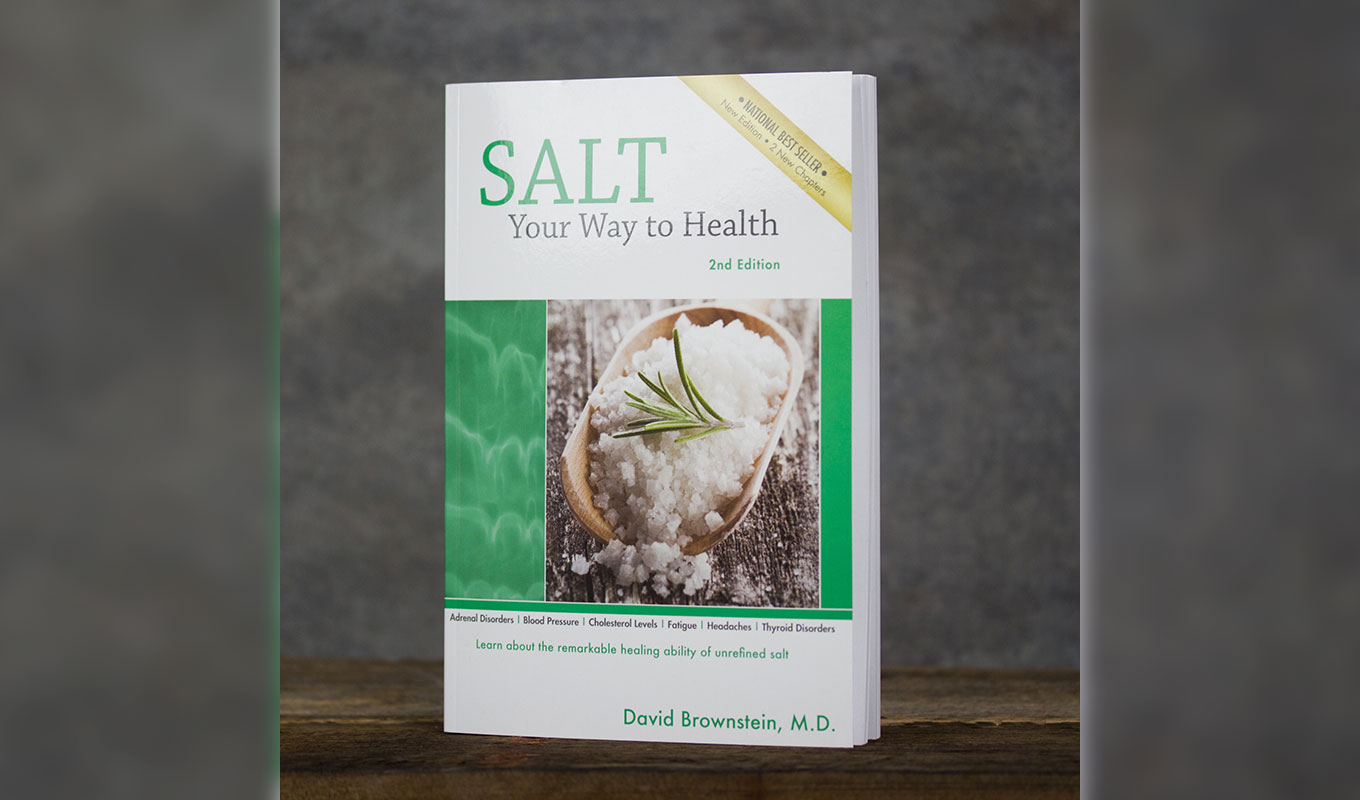 Early in my medical career, I accepted the “low salt=lowered blood pressure” hypothesis unquestionably … until … I began to study the medical literature about salt. What I found was astounding; there is little data to support low-salt diets being effective at treating hypertension for the vast majority of people. Also, none of the studies looked at the use of unrefined salt, which contains many valuable vitamins and minerals, such as magnesium and potassium, which are vital to maintaining normal blood pressure.

Dr. David Brownstein in "Salt Your Way to Health"​

Dr. David Brownstein begins Salt Your Way to Health by clearly stating that his purpose in writing the book is to refute two ideas that are commonly believed in the medical community and in popular culture. The first idea is that a low-salt diet is healthy. The second idea is that all the salt in our salt shakers is pretty much the same.

Brownstein believes the conventional wisdom about salt is fundamentally flawed for an astonishingly simple reason: the research is being done on the wrong kind of salt. To be more accurate, Dr. Brownstein would say that the stuff we call salt today isn’t complete salt.

Somewhat surprisingly this health book by a medical doctor begins with a chapter full of fascinating facts from history.

Salt bars were used as currency for thousands of years. Governments collected taxes in salt. Roman soldiers were paid in salt, and we get the word “salary” from the Latin for salt. Salt was a vital preserving agent and played a significant role in wars. The North made disruption of the South’s salt supplies a key strategy in the American war between the states, and it caused major problems for feeding the troops. An important aspect of symbolism in da Vinci’s painting of the Last Supper is Judas overturning the salt. All this background information serves to show that until the 20th century it was taken for granted that salt was valuable and good for you.

The second chapter of Salt Your Way to Health explains the technical differences between refined and unrefined salt. In the refining process salt is treated with chemicals to remove minerals that are then sold off for use in industry. Up to 2 percent of refined salt may contain preserving agents including the potentially dangerous sodium ferrocyanide, ammonium citrate, and aluminum citrate. In the refining process moisture is removed to increase shelf life, and the salt is bleached to produce a cleaner look that will increase sales.

Next Dr. Brownstein explains that you should use unrefined salt precisely because it contains many trace minerals that our bodies need in small amounts. Mineral deficiency is associated with low pH, which is in turn associated with many health problems, such as low kidney, liver, and brain function; disruption of enzymatic activity; poor immune function; hormonal imbalances; and a host of chronic degenerative diseases including cancer.

Dr. Brownstein regularly checks patients for two key minerals, magnesium and potassium, and finds that the majority are deficient. Magnesium is the 11th most abundant compound in the body, and known to be a co-factor in hundreds of reactions in the body. Potassium is important for maintaining fluid balance, stimulating muscle contractions, and conducting nerve impulses.

Moving on to the issue of cholesterol, Dr. Brownstein states that his clinical experience has shown that unrefined salt has an ability to help lower cholesterol. (Dr. Brownstein expanded on this topic in his later books Drugs That Don’t Work and Natural Therapies That Do and The Statin Disaster.)

Dr. Brownstein continues presenting more evidence against low salt diets. They result in the body increasing certain hormones that cause the kidneys to retain more sodium, which strains the nervous system and may precipitate a heart attack. Low salt diets also elevate insulin levels, which are associated with diabetes, polycystic ovaries, and obesity. According to Dr. Brownstein it is “nearly impossible” to treat diabetes if the patient is using refined salt. Finally Dr. Brownstein notes that a low-salt diet leads to accumulation of toxins, such as bromide. 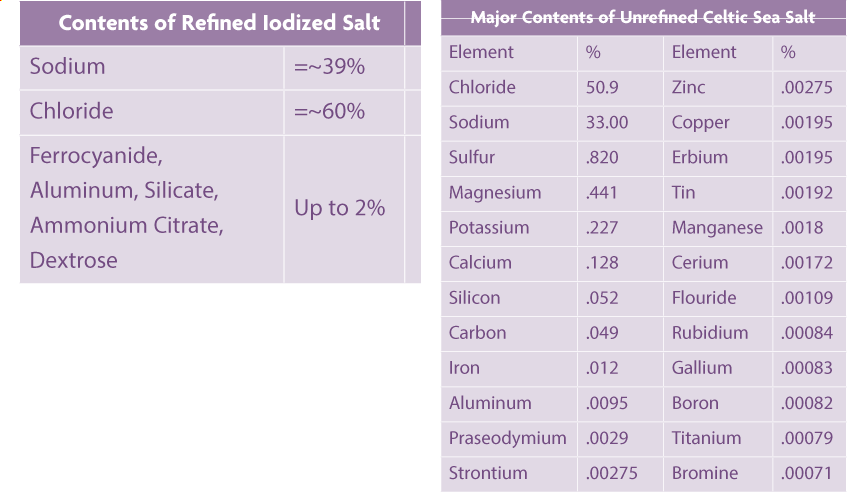 Having laid out the basic argument in his first four chapters, Dr. Brownstein then devotes chapters to analysis of each of the following topics: hypertension, water, adrenal glands, the thyroid gland, and detoxification using salt and iodine.

The chapter on hypertension is a detailed review of the medical literature. For a 50-year period in the early 20th century, most experiments gave huge amounts of refined salt to animals to induce a hypertensive effect, and then extrapolated the idea to humans. Once the Surgeon General and the FDA started inveighing against salt in the 1970s and 1980s, it became medical dogma that salt was bad for you. It was all based on experiments done with refined salt that had minerals removed and toxins added.

Dr. Brownstein then references some often overlooked studies that show that low mineral intake, especially magnesium, potassium, and calcium, is associated with hypertension. There are even a few studies where unrefined salt containing minerals was intentionally used to treat high blood pressure, and in one a significant decline in blood pressure was observed in an impressive 45 percent of the people studied.

In a chapter on water he explains that pioneering medical researchers have been developing a theory of the body’s extracellular and intracellular oceans. That is, the water outside and inside the cells. The minerals in unrefined salt play key roles in both oceans, especially by supplying minerals the cells need to stay properly hydrated and expel waste. Dr. Brownstein believes that the proper intake of water and salt is especially important for treating nervous system problems, and he has seen patients with chronic headaches or seizures make significant improvements.

The concluding chapters are short treatments of more topics that Dr. Brownstein later expanded into full books. The chapter on adrenal glands corresponds to the book The Miracle of Natural Hormones, the thyroid chapter to Overcoming Thyroid Disorders, and the detoxification chapter to Iodine: Why You Need It, Why You Can’t Live Without It. Samaritan’s reviews of Dr. Brownstein’s books are available at SamaritanMinistries.org/brownstein.

The information provided in this article is for educational purposes and is not meant as medical advice.