By Jed Stuber and David Lehnert 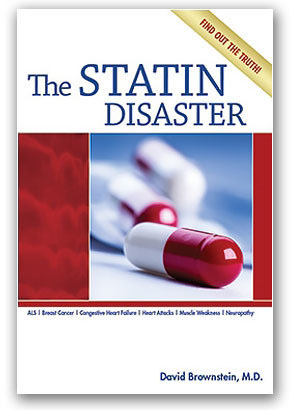 A quarter of Americans over 40 years old take statin medications for heart disease, and guidelines released by the American College of Cardiology and American Heart Association in 2013 are intended to double that number.

In The Statin Disaster, Dr. David Brownstein says that statins are at best a massive waste of money because they fail at least 97 percent of those who take them. He also calls attention to the Food and Drug Administration’s own data showing that statins are associated with ALS, dementia, depression, diabetes, hypertension, kidney damage, liver pathology, memory loss, Parkinson’s, prostate cancer, breast cancer, sexual dysfunction, testosterone deficiency, thyroid disorders, weight gain, muscle damage and much more.  In addition, Dr. Brownstein cites evidence that the theory that dietary fat and cholesterol in the blood are the cause of heart disease is wrong, and he reports that he has successfully treated thousands of patients suffering from heart disease with natural therapies, especially bioidentical hormone replacement.

Before delving into why statins are a disaster, Dr. Brownstein says there is enough evidence to at least question the prevailing view that cholesterol causes heart disease. He presents these startling facts:

Why are statins a failure?

Why are statins a failure? First, Dr. Brownstein says that there has not been a single study demonstrating significant benefits of statins for either primary prevention (someone who does not have heart disease) or secondary prevention (for someone who does have heart disease). He picks apart the major studies in detail and says that thousands of studies over the past 20 years demonstrate a 97 percent failure rate at best.

Dr. Brownstein says nearly all research articles report results deceptively, especially by using relative risk. If only one out of 100 people taking a statin have a heart attack, and two out of 100 taking a placebo have a heart attack, it will be assumed that the drug caused this minuscule, statistically insignificant 1 percent difference, even though there are a million other factors at play. Using relative risk, 1 is divided by 2, and the media headline will read “Drug reduces risk of heart attack by 50 percent!” Brownstein is appalled doctors either fall for this tactic or turn a blind eye toward it.

It gets worse. Another statistical trick is Number Needed to Treat (NNT). Thousands of patients would have to take very expensive statins for years for even a few people to hypothetically be saved from a heart attack. Incredibly, NNT is used to justify putting larger numbers of people on statins so that more might be saved from heart disease. The studies continue to be used to promote ever more aggressive guidelines to expand the use of statins, especially for those who don’t yet have heart disease. Dr. Brownstein says any respectable doctor would tell patients that the drug fails 99 percent of the people who take it, since they receive no benefit.

That’s not all. Some new guidelines for blood cholesterol levels are so low, Dr. Brownstein says they would result in 90 percent of the people he sees at his clinic being put on statins. The latest tactic is using a brief questionnaire about vague heart disease symptoms. Based on the results, anybody with a more than 7.5 percent risk of developing heart disease in the next five years is put on a statin. If this agenda succeeds, statin use would also be expanded to millions of women and children.

Dr. Brownstein says that it might be fine to use a medication widely if it is effective, affordable, and safe, but he goes on to argue that statins are bad medicine and bad science. For starters, Brownstein says we need to step back and look at the big picture. Death from cardiovascular disease increased dramatically from 1900 to 1970, then declined through 2010. Wide use of statin drugs began in the mid-1990s. It is clear that statins cannot be responsible for the decline in heart disease. Then there are the dangerous side effects, which do not receive much attention. The FDA’s own adverse event reporting system has collected tens of thousands of reports of statins associated with heart attacks, diabetes, depression, and a host of other diseases. Dr. Brownstein also notes that the former head of the FDA publicly stated that it is estimated that less than 5 percent of all adverse reactions are actually reported.7 Perhaps most shocking, statins are now being promoted to treat diabetes, even though there are 20 years of studies showing they adversely affect insulin secretion and sensitivity. 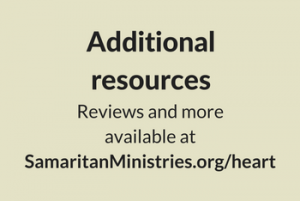 The biochemistry of cholesterol and statins are another topic Dr. Brownstein discusses. The idea that cholesterol is terrible for us is a popular myth that flies in the face of what is well known about the human body. The body produces four times as much cholesterol as we consume in our diet, and for good reasons. Cholesterol is present in every cell membrane, is vital for brain function, plays an important role in hormones, has antimicrobial effects, and is essential for a strong immune system, to name a few of its benefits.

Brownstein spends a chapter debunking the notion that there is valid distinction between “good” and “bad” cholesterol. In spite of the known biochemistry, modern medicine seems oblivious to the idea that disrupting a natural process that is part of the body’s design does not support health. More than 95 percent of all drugs—including statins—work by poisoning an enzyme or blocking receptors. Brownstein says it ought to be common sense that disrupting biosynthesis of cholesterol will have dire consequences. There are studies indicating that the drugs that disrupt cholesterol synthesis can cause errors in DNA replication and repair, leading to cancer.8,9,10,11,12,13

Dr. Brownstein believes there are even more fundamental reasons statins are a failure. They certainly lower cholesterol—which is unhealthy—but they don’t treat any of the underlying causes of heart disease. Drawing on several books he has written previously, he says dietary fat doesn’t cause high cholesterol and heart disease, but several other things can: stress, smoking, metal toxicity, infections, dehydration, and malnutrition—in the form of low-fat/high-carb/high sugar diets. All these things can cause inflammation and disrupt hormones, which lead to heart disease. Because the body uses low density lipoproteins—including cholesterol—to fight inflammation and regulate hormones, Brownstein says that one of the worst things that can be done to the people facing these challenges is to give them a statin. The statin interferes with the body’s appropriate biochemical responses to these challenges.

Dr. Brownstein says the major dietary recommendations dating back to the food pyramid of 1965 have been another “disaster.” The food pyramid was designed to reduce intake of fats, oils, meats, and eggs and raise consumption of grains. In 1977, a special committee recommended that we reduce fat consumption to 30 percent of total energy intake, and saturated fat to 10 percent. Recent reviews of the studies used to make these recommendations revealed that there were no differences in allcause or cardiovascular mortality in the more fat/less fat dietary groups.14

Dr. Brownstein believes our increased intake of refined grains and sugar is responsible for the epidemic of heart disease and diabetes. This diet disrupts digestive enzymes and causes patterns of high blood sugar and inflammation, which, again, leads to heart disease. He recommends a diet with plenty of saturated fat, and goes into more detail in his two books, The Guide to Healthy Eating and The Skinny on Fats.

None of this should be surprising, Dr. Brownstein says, because of the long history of medical literature on this topic. The link between heart disease and thyroid function dates back to the 19th century, and in the older literature they are virtually synonymous. He says the definitive modern research was published by Dr. Broda Barnes in 1976, but the medical community is “still trying to solve a mystery.”15

Although thyroid is the most important hormone, Dr. Brownstein says the adrenal and sex hormones often need to be supplemented as well, and in some cases a few other hormones. Brownstein has also published previous books on these topics, Overcoming Thyroid Disorders and The Miracle of Natural Hormones; reviews are available at SamaritanMinistries.org/Brownstein.

Finally, Dr. Brownstein also helps his patients restore health by using nutritional therapies, most importantly iodine supplementation. Over the past 40 years, the U.S. National Health and Nutrition Examination Study found iodine levels have fallen 50 percent.16 During that time we’ve seen epidemic levels of thyroid disorders—including hypothyroidism, autoimmune thyroid disorders, and cancer—cancer of the breasts, ovaries, uterus, pancreas, and prostate. He puts nearly all his patients on supplemental iodine, and has also devoted a book to that topic (Iodine: Why You Need It, Why You Can’t Live Without It). Another nutritional therapy he recommends to all patients is getting plenty of sea salt in their diet, yet another topic he wrote a full book on (Salt Your Way to Health). Reviews of the iodine and salt books are also available at SamaritanMinistries.org/Brownstein.

Dr. Brownstein makes a compelling case that when it comes to the major prevalent diseases most of us will face as we age, we don’t have to bet on statins in the face of overwhelming odds. There are other options.

The information provided in this article is for educational purposes and is not meant as medical advice. You should consult your doctor before making any changes to your medication.