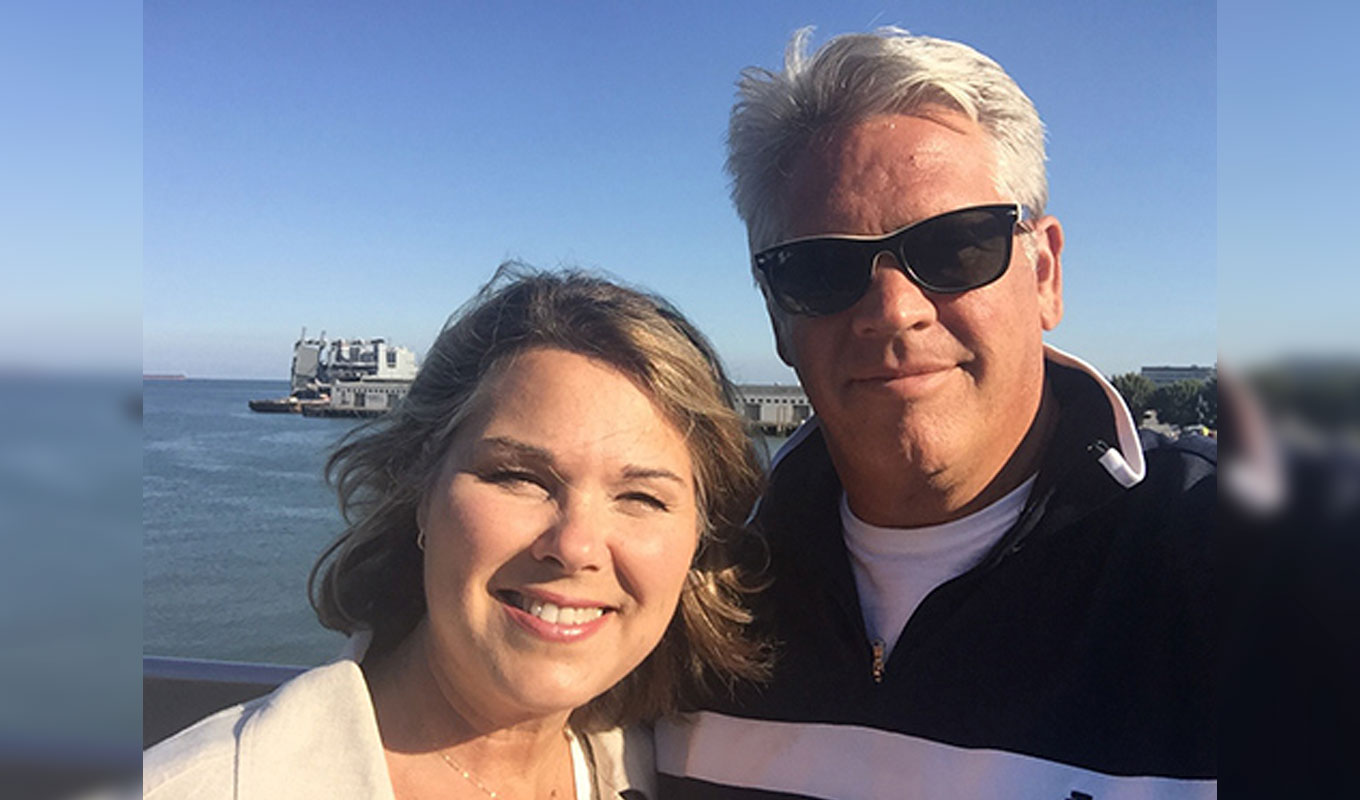 Bob, who began serving on the Board in January after members elected him at the end of 2017, is executive pastor at Grace Bible Fellowship in Sunnyvale, California. The church of 250 ministers to residents of Silicon Valley, the tech area south of San Francisco Bay.

He became a pastor at Grace after years of marketing work for established businesses as well as startups in Silicon Valley. He first worked for a friend in the business before opening his own firm, The Hughes Group, in 1996, which worked with several tech businesses.

“We got to see some of those brand new ones make it all the way through to ‘big’ and many of them crash and burn,” Bob says. “There was a lot of aggressive marketing in the tech sector, so it was a good time and place to be.”

That firm created everything from trade-show exhibits and show rooms to logo work. The market was changing in Silicon Valley, though, so he sold The Hughes Group in 2006 and went into business with a couple of friends doing digital signage and kiosks for retail and hospitality industries. The 2008 economic crisis soon hit, though, and that firm folded.

But Bob hadn’t only been busy in business. He had already been serving as a lay elder at Grace Bible Fellowship since the church had been planted in 2006.

“That’s actually a time frame when God was working with me in my life,” he says. “God was working in my life to bring me into full-time ministry, kind of kicking and screaming from the standpoint that I didn’t feel prepared.”

After the digital signage business folded, Cliff McManis, Bob’s closest friend and the pastor-teacher at Grace Bible Fellowship, sat Bob down and asked him to join the staff as a full-time pastor.

“I was apprehensive, but he knew me,” Bob says. “For me, it required someone like him who knew me versus someone who doesn’t know me as well” to propose a big step like that.

The response of Bob’s wife, Robin, “was the thing that really caught me.” He expected her to have the same apprehensive, doubtful reaction that he did. But it was “the complete opposite.”

“I’ve learned over the years of marriage that she has a lot better insight in certain areas than I do,” Bob says.

So Bob started praying and also talking to others who knew him and the situation well.

“Three months later, I moved into the ministry,” he says.

Bob got his Masters of Divinity degree while working as an assistant pastor, bringing into play his business and marketing acumen as he oversees church operations, finance, facilities, and various church ministries. After completing his divinity degree, Bob then stepped into the executive pastor position.

A challenge that Grace faces is ministering to the residents and workers of Silicon Valley, which Bob calls “a very spiritually dark place.”

“In my lifetime, the diversity of people backgrounds and religions coming into Silicon Valley has been huge,” Bob says. “Much of it is the type of engineering that is there now. It can be from all over the world. The biggest difficulty is people being serious about God. The atmosphere is, ‘You can believe what you can believe, take what works for you.’ Satanic blindness is just huge, so getting people to listen is a hard thing, and therefore finding good, strong Bible churches is a hard thing. That’s why we started that church in 2006.”

Bob says that one of the most valuable things he’s been able to do there is to help start several ministries.

One of the new efforts Grace Bible Fellowship has been instrumental in starting is Christ to India, which provides pastoral training to over 100 Indian pastors. The idea grew out of a chance meeting at a conference between Bob and two men from India who were planting churches in southeast India, which is generally rural and poor.

“This is like the first century, where these guys go into a village, start evangelizing, then a few new believers come together,” Bob says. “They keep meeting every week at that village, and when they start getting a large enough group of believers together, they start looking for a man who could become an elder or pastor, and a man gets raised up.”

Bob, Pastor McManis, and the two men, Johnpaul and Isaac, created a board and nonprofit, and “I did what I do”: organize, administrate and facilitate communications.

Bob also helps with GBF Press, which has three categories of books. Bob’s favorite is the Big Truth-Little Book series, books that come from the sermons of GBF’s Cliff McManis.

“You can have a great sermon series on depression, but where does that go after the sermon?” Bob says. “I can put it up on a web site for downloading, but it’s great to have some highlighted things in written form.”

Cliff and Associate Pastor Derek Brown are doing “the heavy lifting when it comes to writing,” Bob says. “It’s been a great blessing to our membership and now reaching out beyond.”

Bob’s latest step has been to run for the Samaritan Board, again at the behest of Pastor Cliff.

“The Lord has blessed me with a life of diverse experience across a variety of organizations,” Bob wrote in his Board election Q&A. “I have had to address the issues of medical coverage in most of these organizations, so I believe I understand the struggles people and organizations face when evaluating options. I have experienced the dynamics of a board working through and making tough decisions while doing their best to incorporate the concerns of all stakeholders. If that is the kind of experience needed at SMI, I would love being a part of the (Samaritan) Board and working to continue SMI’s excellence.”

Now Bob has his opportunity to apply that experience on behalf of Samaritan members.