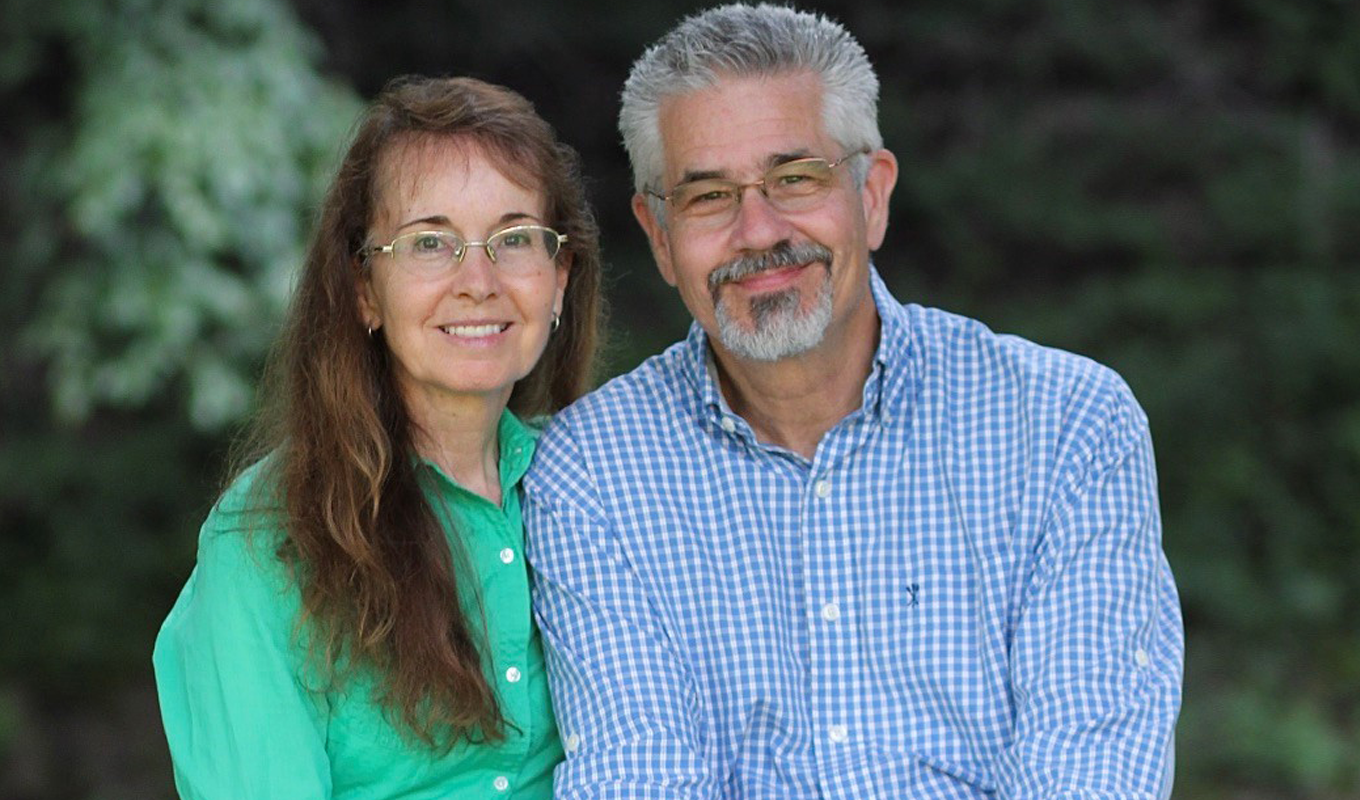 Through Heaven’s Family, David and Becky Servant serve “the least of these” and expand the Kingdom of God at the same time.

A change in direction.

In 2002, after 24 years of pastoring churches in the U.S. and preaching in some of the world’s poorest countries, David prayed, “Lord, if there is anything I’m not doing that I should be doing, I’d like to know what You think about my ministry.”

“Quite frankly and quite embarrassingly, I thought the Lord would say, ‘Oh, you’re doing a great job,’” David says.

Instead, though his teaching ministry was fruitful and growing, the Holy Spirit led him to Matthew 25:31-46, the parable of the sheep and goats and serving the “least of these.” David realized that many in his congregation, including himself, fell short in this area. This conviction drove him to resign from his church and, with Becky, start Heaven’s Family.

The ministry’s goal is “to provide a way for Christians, like the folks in the Church who are living in what we often call Disneyworld—the United States—to connect with people who Jesus identified as the least of these, people who were truly members of His Body and suffering pressing needs,” David says.

Their first ministry was helping children at an orphanage in Burma, most of whom weren’t orphans but had been sent to the institution because their parents believed that life there was preferable to one of inescapable poverty. Rather than continuing to fund countless orphanages, they hired six trained social workers to aid in the process of reuniting children with their families and to provide additional resources in the hopes of eliminating the natural default of institutionalization.

From there, God brought others to the ministry who identified with the mission and grew it to what it is today: a partnership with indigenous pastors and organizations caring for people in 40 of the world’s most impoverished countries.

“We add value to what they are already doing by doing good with the resources they already have,” David says.

U.S. missionaries, as well as indigenous workers with small ministries, are the kinds of ministries with which Heaven’s Family partners. Funding bigger, established organizations is not only redundant, he says, but also opens the door for questions about where the money is going.

“We want donors to know that the maximum amount given is going to the actual need,” David adds.

The ministry employs just 20 staff members, most of whom work remotely in the United States running the 20 focused ministries Heaven’s Family is involved in. Those ministries help with critical health care, disaster relief, discipling, victims of sexual violence, widows and abandoned women, and several other needs.

“We cover a pretty wide gamut of needs out there,” David says.

“We always try to focus on our suffering spiritual family members, but we certainly have done a lot of projects that also serve those who don’t yet know the Lord,” David says. “Our core Scripture and core value is to serve the least of these, but it’s also to expand the Kingdom. Those are the two main components.

“We won’t ever become a Christian humanitarian organization. We believe that we’re called not only to obey the great commandment of loving one another but also the Great Commission to make disciples of all nations, so we try to keep that balanced.”

Our core Scripture and core value is to serve the least of these, but it’s also to expand the Kingdom.

Their ministry to refugees, started by Becky, is an example of serving nonbelievers. With a heart for refugees, Becky began working with Christian agencies that were placing refugees in the United States even before Heaven’s Family was started. In fact, she was a house parent to two of the boys who were featured in God Grew Tired of Us, a documentary about some of the Lost Boys who came from Sudan and were placed in David and Becky’s home city of Pittsburgh.

“We recognize that if all we do is meet pressing needs of people who don’t know or believe in Jesus, we’ve just sustained them a little bit longer on the earth but haven’t done anything for them for eternity,” David says. “The flip side of that is that dead people can’t hear the Gospel, so we have to feed people and keep them alive after a disaster to give them a chance to hear the Gospel. All of these things give us an opportunity to show the love of Christ and to get people’s attention by our love.”

In fact, HeavensFamily.org is brimming with stories of how God has enabled him to help countless people with varying needs all over the world.

In a way, Heaven’s Family resembles the health care sharing model: connecting those with necessary resources to provide for pressing needs around the world—in this case, to the tune of $3 million a year.

“It’s not hard to acknowledge that the Lord has orchestrated the whole thing, because it would have been beyond our ability and even comprehension that it was going to grow like it has grown,” David says.

These days, with competent staff at the helm, David has been able to “semi-retire,” meaning his workweek is a normal 40 hours rather than the 60 he was working in the beginning when just he and Becky were doing everything at Heaven’s Family. His role now is general oversight of the ministry, giving him more time to teach, which he says is his real calling and which he does much of through DavidServant.com.

David attributes a lot of the support for Heaven’s Family to the exposure he has gotten through that teaching ministry. Funding is provided by a donor base of about 1,500 people from 49 of 50 states and 40 countries where people have caught the vision of serving the least of these and expanding the Kingdom.

He uses his book The Disciple-Making Minister, which has been translated into over 32 languages, to train pastors all over the world in making disciples. His YouTube channel features over 1,400 videos on Christian living. The website DavidServant.com is a compilation of over 20 years of teaching on stewardship, marriage and family, leadership, and a host of other topics. Coupled with his travel to over 80 countries logging just under 1 million miles on one airline alone, Heaven’s Family has caught the attention of those whom God has called to be involved financially.

The heartbreaking side of a ministry like Heaven’s Family is that there is no shortage of needs, and funding isn’t equal to the needs. The directors of the various ministries must decide which to attempt to meet. Often those that are a “go” still must wait on available funding. Specifically, there is a backlog of people waiting for water wells to be dug.

David says the irony is that as needs are met, more are made known. The ministry is bombarded with calls, emails, texts, and Facebook messages asking for help, but many of them are from people he does not know. Funds are only distributed through a rigorous vetting process. He doesn’t rely on photos, emails, or even receipts on how money is spent to meet that need.

“You have to go on the ground and stay for a while and watch very closely to make sure you’re not getting scammed,” David says.

David further cautions anyone who gets an email or Facebook message requesting help to refrain from sending money unless they can actually travel to the country of the supposed need, meet the person making the request, see the ministry in action, and talk to other Christian leaders about that person.

Despite the concerns, there are far more reasons to celebrate all that God has done through Heaven’s Family.

“We feel like we’re just getting started,” David says.

How you can pray.

Kathryn Nielson is a Communications Specialist at Samaritan Ministries.

David and Becky Servant explain why they joined Samaritan Ministries.