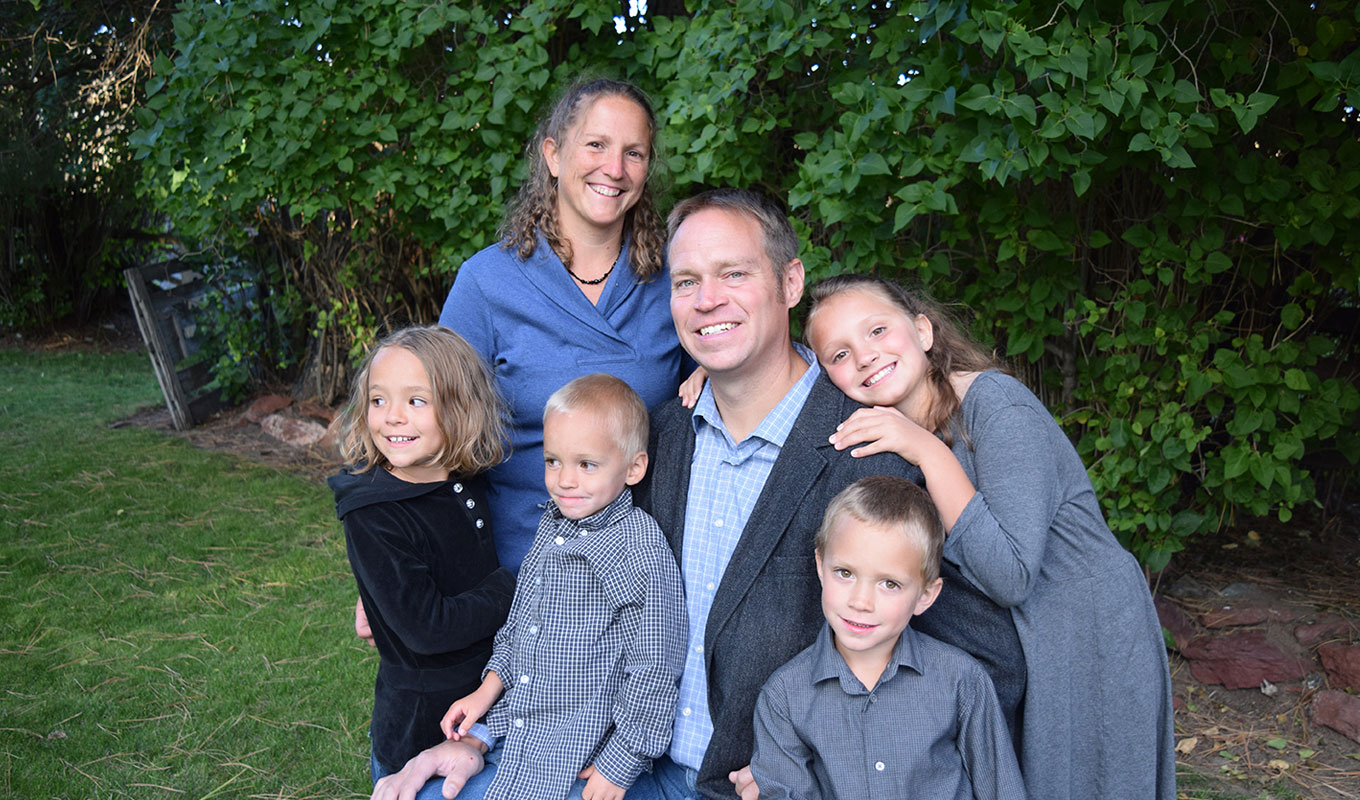 Samaritan Ministries Board member Ben Boyd believes we need more Christians who see the law as a calling.

“As I read the Scriptures and was taught a Biblical worldview, I became convinced that the law is a godly and necessary area of service for Christians,” Ben says.

He points to Proverbs’ teaching that it is by God’s wisdom “that kings reign, and rulers decree what is just.” (Proverbs 8:15).

“We’re in a culture that has lost that anchor to God’s justice and to God’s Word,” he says.

Ben is trying to apply God’s Word not just to law, but to health care as well by starting his first term as a member of Samaritan’s Board of Directors this year. A member since 2006, he has been acquainted with Samaritan’s leadership for several years. As a student at the Liberty University School of Law, he invited SMI Executive Vice President James Lansberry to speak on health care sharing to students and faculty members in 2010.

First in Ben’s legal career came a stint as a judicial law clerk for two trial court judges in Wyoming. During his time there, he wrote a research paper titled“Health Care Sharing Ministries: Scam or Solution?” which was published in 2013 by Cleveland State University’s Journal of Law and Health.

In the process of his research, he was able to glean insights from Samaritan’s leadership about health care sharing ministries.

“I got to speak at length with James Lansberry and Brian Heller (Samaritan’s general counsel) on the legal issues. Brian shared some of his work and up-to-date research with me. I also got to bounce some ideas off the lawyers that work with Christian Healthcare Ministries and (Christian Care) Medi-Share.”

After Wyoming came a job working as a staff attorney for an Alabama Supreme Court Justice.

Ben's exposure to godly people in his life started with his own parents. Dr. Devee and Jan Boyd, served as medical missionaries to Zimbabwe when Ben was young. Then, during high school and college, Ben spent eight summers serving with Teen Missions International in Australia, Zimbabwe, Malawi, Tanzania, Jordan, England, France, Nepal, and Indonesia.

“One of the key things that I took away from Teen Missions is a daily exposure to God’s Word through Bible studies and devotional times,” Ben says. “That’s a key aspect of their ministry to youth, and it certainly made a difference in my life.”

It made enough of a difference to lead him to Moody Bible Institute in Chicago. He applied to Moody sight unseen and, in January 1996, flew to Chicago for the first time to start college.

“I grew up tremendously during those four years,” he says. “I’m not a city guy, but I certainly enjoyed my time” in downtown Chicago.

After college, though, Ben found himself without much direction. He worked a variety of odd jobs, traveled parts of the West on a motorcycle, and also learned how to fly fish.

In 2001, he took a full-time teaching position at Providence Academy, a classical Christian academy in Lostine, Oregon, and taught a variety of classes over the next six years. While he was there he met and married Sheri. He soon realized that his teaching career was not going to support their family (which now includes five children) so in 2007, the Boyd family headed to Lynchburg, Virginia, and Liberty University School of Law so that Ben could start his journey as a lawyer.

He sees law as a mission field as well.

“It’s a very hostile mission field, but it’s definitely an area that needs to be reached with God’s Word and faithful Christian attorneys,” he says. “My understanding of Christ’s mission is a lot broader than just planting churches, doing evangelism and discipleship, or training pastors.”

Today, he’s an associate in a practice run by long-time friends Rahn Hostetter and his son, Zac.

As Christian lawyers, Ben and his employers have opportunities to implement Matthew 18 and 1 Corinthians 6 when counseling Christians who have legal disputes with one another.

“We direct Christians in a dispute to the elders of their churches,” Ben says. “We tell our Christian clients that they need to make every effort to be at peace wih their Christian brothers and sisters.”

He admits that if one party is sued, “it’s tough to convince the other side that they need to be at peace.”

The practical reality of it, however, depends on the elders of given churches being willing “to step into a thorny situation,” Ben adds.

Ben is eager to serve on Samaritan’s Board.

“What draws me to service on the Board is the quality of the people working in the leadership, the quality of the employees, and the Biblical focus of the ministry,” he says. “Samaritan fulfills a necessary part of the Church’s ministry. The Lord commanded His disciples to go out and heal the sick. Part of healing the sick is paying those who minister healing, as shown in the parable of the Good Samaritan. And paying those who minister healing will help Christians find godly, competent medical care.”