Why government needs to get out of health care 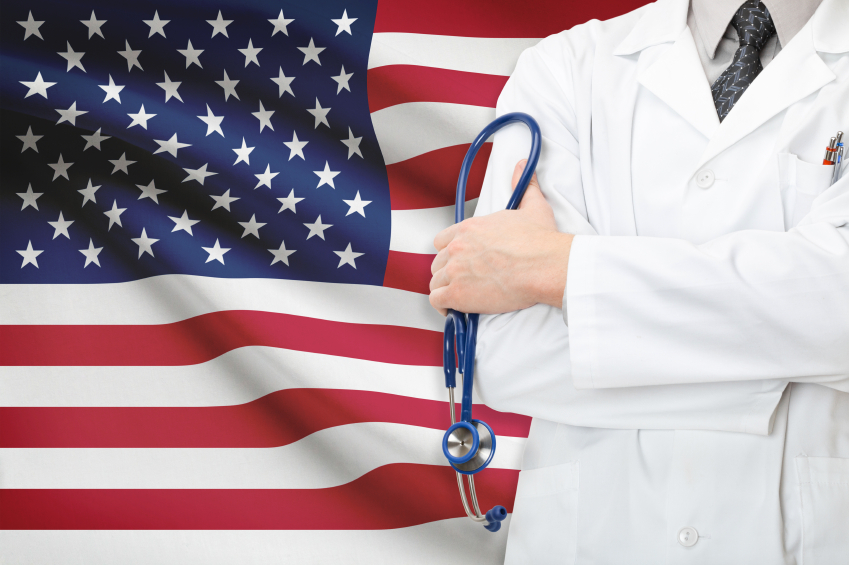 In the Bible, God established several spheres of authority for governing our lives: the Individual, the Family, the Church, and the Civil Magistrate. Each of these spheres has been given authority over separate and distinct aspects of life and should not intrude into the jurisdiction of the others.1

In this article I will briefly summarize a Biblical rationale for why health care should not be in the sphere of the civil government.

When Paul was talking to Timothy about the care of widows in the Church, he put the responsibility squarely on the individual (in particular on the man) to care for widows in his family who are in financial need.

But if anyone does not provide for his relatives, and especially for members of his household, he has denied the faith and is worse than an unbeliever (1 Timothy 5:8, ESV).

If an individual and/or family cannot or will not care for their own relatives, then Paul directs the Church to provide for widows who meet the necessary requirements:

If any believing woman has relatives who are widows, let her care for them. Let the church not be burdened, so that it may care for those who are truly widows (1 Timothy 5:16, ESV).

Medical expenses above and beyond the ability of an individual or a family to pay fall into the category of a charitable need. Never in Scripture is the Civil Magistrate given the role of being involved in charity:

(The Civil Magistrate is) sent by God for the punishment of evildoers, and for the praise of them that do well (1 Peter 2:14, KJV).

The Civil Magistrate uses force in governing, and the Bible forbids force ever being used for charity.

Each one must give as he has decided in his heart, not reluctantly or under compulsion, for God loves a cheerful giver (2 Corinthians 9:7, ESV).

Government funding of needs that should be met by charitable giving is not charity at all, but is in reality legal plunder.2

Killing unborn babies is legal and agreed upon by the majority of people in society. It is agreed upon by social contract, but that does not make it ethical.

The Bible teaches that there is a lawful taxation (for military, police, courts, etc.), and such taxation is not tyranny. However, taxation for charity is tyranny. As Christians, we must pay the tax, but we still recognize it as being an unjust tax.

Therefore one must be in subjection, not only to avoid God’s wrath but also for the sake of conscience. For because of this you also pay taxes, for the authorities are ministers of God, attending to this very thing. Pay to all what is owed to them: taxes to whom taxes are owed, revenue to whom revenue is owed, respect to whom respect is owed, honor to whom honor is owed (Romans 13:5-7, ESV).

When one sphere of God’s established government attempts to fulfill the role of another sphere, it creates all kinds of problems. The major reason why our current health care costs are so exorbitant is that the government involved themselves years ago, driving up the cost of care to the point that now most people believe the only way the problem can be fixed is to resort to socialism and make all health care tax-funded.

The real solution is to return health care to the private sector and for the Civil Magistrate to get out of health care and all other charity work: including education, welfare, housing, retirement, and other needs that God relegated to the domain of the Individual, the Family, and the Church.

In 1961 Ronald Reagan produced a recording for the American Medical Association to distribute, speaking out against socialized medicine:

One of the traditional methods of imposing statism or socialism on a people has been by way of medicine. It’s very easy to disguise a medical program as a humanitarian project. … Write those letters now; call your friends and tell them to write them. If you don’t, this program I promise you will pass just as surely as the sun will come up tomorrow and behind it will come other federal programs that will invade every area of freedom as we have known it in this country. Until, one day, as Norman Thomas said we will awake to find that we have socialism. And if you don’t do this and if I don’t do it, one of these days you and I are going to spend our sunset years telling our children and our children’s children, what it once was like in America when men were free.5

At the time Reagan hosted a TV show for General Electric, but he would be fired a year later for repeatedly speaking out against big government, which led to his political career taking off. Ironically, decades later when Reagan was president, he signed a veto-proof law passed by the Democrat controlled Congress, putting in place a major part of government-controlled health care: requiring hospitals to treat anyone regardless of ability to pay.

As for the AMA, despite some initial opposition to Medicare in the early 1960s, it actually has a 150-year history of supporting socialized medicine. When the AMA was founded, many doctors and medical schools went out of business, while others were enriched through government licensing requirements.4,5 In the mid-1980s, the AMA itself gained a monopoly contract with the federal government to produce medical code systems. In 2010 it endorsed the Affordable Care Act.

Warnings about the deception of socialism go back to the founding of our country. In his speech to the Virginia Convention to ratify the federal Constitution, James Madison said, “I believe there are more instances of the abridgement of freedom of the people by gradual and silent encroachments by those in power than by violent and sudden usurpations.”

Three years ago, my wife’s mother was diagnosed with stage 4 bone cancer. Before she died from her incurable cancer, she went through a six-month battle that involved, as you can imagine, very costly treatment.

We were very grateful that the medical needs were provided for, not by insurance, nor by forced confiscatory taxation through the government, but rather through the cheerful and generous giving of individuals and families who paid those medical bills because of the love of Christ.

Israel Wayne is an author, conference speaker, and director of Family Renewal, LLC. He is also the site editor for www.ChristianWorldview.net.