When judging others is OK 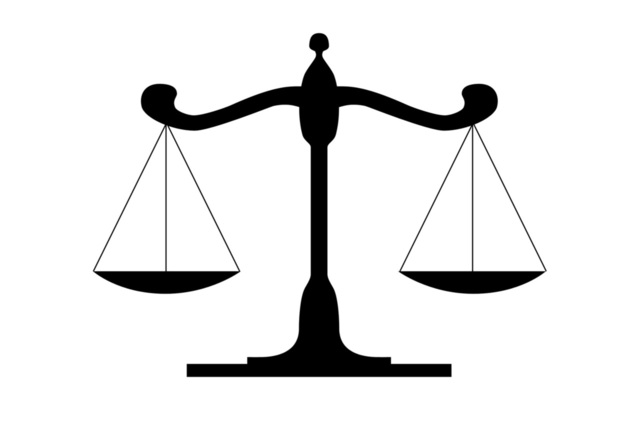 We hear it so often that, well, we assume it must be true. From Hollywood actors to university professors and even from preachers. Judging others is wrong. Don’t judge. Well, I happen to believe that judging can be a good thing. That having the ability to judge, to question, to evaluate the beliefs and behaviors of others, especially those in authority, is fundamental to a free and democratic society. The moment that ability is taken away, the society is no longer free and is on the road to tyranny. Our own culture is now traveling on that same road.

Unfortunately many mistake judging with being judgmental. Many envision a stern, angry, self-righteous person. Someone with a “holier than thou” attitude who goes around pointing the finger of judgment at those who don’t measure up to their particular standards of right or wrong. And nine times out of ten, most would associate such a person with being a religious conservative. But judging is completely different. Judging, at least in the true sense of the word, is simply coming to a decision about something.

And every single one of us, every single day, in every single area of our lives, make decisions. For example, when you’re in the grocery store and you have decided that product A is better than product B. And when it comes to human behavior, it’s choosing between what you perceive to be moral over the immoral. And let’s not kid ourselves: no matter what side of the culture war we’re on, whether we’re conservative, liberal, churchgoer or non-churchgoer, we all make judgments when it comes to human behavior.

Take television as an example. At the beginning of the television era, any scenes of the bedroom had to show two separate beds—one for the husband and one for the wife—because it was considered scandalous to show even a husband and a wife together in the same bed. Now, contrast that with today where sexual references can be found even in children’s movies. And those who have spoken out over the years against this increased sexualization of TV have been told by others to “shut up.” If they don’t like what’s on TV, they can turn the channel.

Yet in recent years, when there have been shows espousing more socially conservative values, many of these same people that told the others to mind their own business demand that these shows be taken off the air. Well, whatever happened to “turn the channel if you don’t like what’s on TV?”

So the issue isn’t whether we judge, because we all judge. Rather it’s if we’re willing to judge the values on which we base our own judgments. But in our society today, are the values of everyone open to scrutiny without fear of retribution? Or are there some people’s values that are considered untouchable? Despite all of the talk of how tolerant our society is becoming, the reality is quite different. In my lifetime, I’ve seen how judgmental and authoritarian our culture has actually become. At one time, you were able to pretty much speak what was on your mind. But now you have to carefully guard what you think, say, and do.

On the one hand, we’re sure that there is no right or wrong way to live our lives. But on the other hand, our behaviors are carefully judged as to whether they are politically correct or not. They say that we live in the “Golden Era” of free speech, and yet our speech is heavily censored, and the penalty for saying something wrong can be disastrous. From politicians to CEOs, from pro athletes to university professors, one wrong word, one careless tweet, can ruin an entire career that has taken decades to build. And where’s the media in all of this? Where are the defenders of free speech and free thought? Well, they’re the very ones policing our speech and thoughts.

Now if there could only be one thing that you take away from this article, I’d like it to be this. Take a good, hard look at the culture around us. Who are the self-righteous finger-pointing moralists who are going around telling people what they can and cannot do? Well, nine times out of 10 they’re not your stereotypical religious people. So, think about that. Really … think about that.

Mark Leeming is a pastor of New Hope Christian Fellowship in Belleville, Ontario, Canada. This article is adapted from his video on his YouTube channel, segue2reason. You can also follow him on Facebook and Twitter (@segue2reason).

Mark grew up in a Christian home, attended Bible college, and served as a missionary, but then lost his faith and became an atheist for a season of his adult life. After he was restored to faith, he became passionate for using Biblical apologetics to help those struggling with the big questions in life.