This Is What Happened to Me: Ketogenic diet was key to stopping daughter’s severe seizures

By Scott and Ann Forti

“I think you are going to be OK, it should all work out.”

Those were the words uttered to me over the phone by a Samaritan Ministries team member as I drove home from a lab visit, wondering if Samaritan would really be able to meet the gigantic medical bills that had accrued from our daughter’s sudden onset of non-stop seizures. They were great words of comfort, and so were all the cards and letters that came over the last six months. 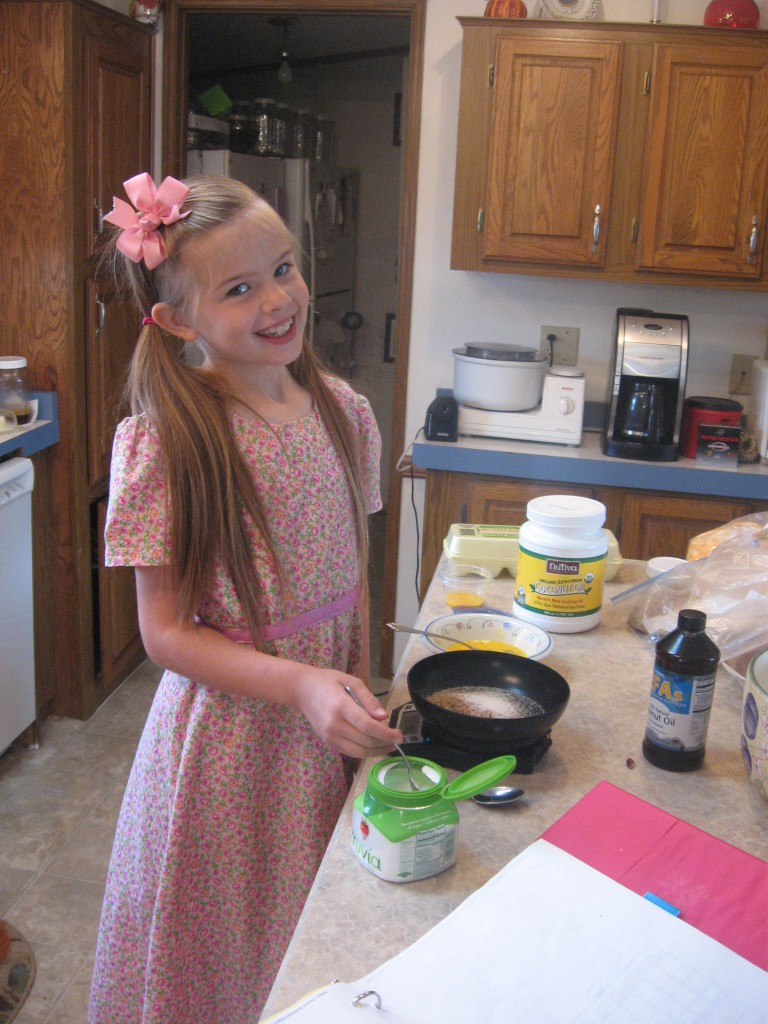 This past March, the day before our son and future daughter-in-law’s wedding shower, I was at Hobby Lobby with my daughters, when our youngest daughter, Autumn, dropped to the floor and started spinning around. This was the beginning of our “seizure ordeal.”

Autumn had always been the picture of health. We could hardly ever remember taking her to the doctor. We knew the seizures were not vaccine related because she had never had any. So our journey began in the battle of epilepsy—a disease we had never encountered before.

We saw a neurologist right away, and Autumn was immediately started on anti-epileptic drugs. Our neurologist was very willing to work with us on getting things under control. She knew our son was getting married in several weeks and Autumn was to be in the wedding. After the initial medicine failed, she had Autumn hospitalized to try an IV dose of drugs to get the seizures to stop—again no luck. She then recommended that we go to the Cleveland Clinic—one of the best places in the world for treatment.

So off we went. We were there for nine days. Autumn had every test done and more medicines tried. We left with Autumn still having seizures every 20 minutes (sometimes even five minutes apart) and $800 a month in prescriptions—and our son was getting married less than 48 hours later at our home in Indiana (after we had been in a hospital room for two weeks!). It was a very, very dark drive home from the hospital that Friday.

Long story short, we did research on the ketogenic diet, and after prayerful consideration, we knew that it was the direction we wanted to go with Autumn. After quite a resistance with doctors and a wonderful phone call at 11:30 at night from a Canadian mom who we had never met and who had struggled with a son who started having non-stop seizures and then an autism tendency from the meds, we started on the diet.

We started great, had things fall apart for a short period, found the problem, and now have been seizure-free since May 30 at 9:08 a.m. Most kids are on the diet one to three years and many go right back to a normal diet after that without any more seizures. It does not work that way for everyone, and we will just have to see what happens with Autumn. We can tell you that your life is turned upside-down when your child is dropping every 10-20 minutes.

About 100 years ago, a doctor discovered that when his seizure patients would get sick with vomiting and could not eat, their seizures would stop. So the question became, “How do you keep someone in the ‘fasting’ state so they do not have seizures, yet keep them alive?” What they found is that when the brain burns fat (“ketones”) instead of glucose, the seizures stop. They do not know why, they just know that it works.

It seems that the diet is often used as a last resort after people have tried lots of different meds and even brain surgery. My husband and I opted for it as soon as we heard about it, and started taking Autumn off the meds as soon as possible. I think Autumn is one of the shortest seizure stories we have run across. Her first one started in March, and her last one (we hope!) at the end of May.

If you want to read some incredible stories on how the diet has helped kids who were so affected by seizures, check out The Charlie Foundation website and click on “Keto Kids.” The stories are heartbreaking and yet hopeful because of the life the kids got back from the diet.

In September, The Charlie Foundation held the Third International Symposium on Dietary Therapy for Epilepsy and Other Neurological Disorders. There was a panel of scientists, doctors, surgeons, and dietitians from Johns Hopkins, Harvard, etc., who presented their findings on the success of the diet, not only in treating epilepsy, but also diabetes, heart disease, cancer, and autism. Our own neurologist was so impressed by Autumn’s results that she attended the conference also and hired a dietitian to help start a ketogenic program here. Be warned though, not all doctors are for it and they will tell you it is too hard. Well, I ask you—what is harder than having your child constantly seizing?

But all of this is background information. The real point of this note is to shout from the rooftops and give glory to God for the amazing ministry of Samaritan Ministries and the faithful members that lift one another up monthly with prayer and giving. We were so blessed to be able to have the flexibility to get the best care possible without having to wait to be “referred,” and to be able to pick the course of medical treatment we desired. And not only was this need met, but during this time we had two additional health issues that were also being met.

Our family is so thankful to every single person associated with this ministry and rejoice at the privilege of being able to send our share out every month to another member in need, knowing the blessing it will be.

At the time of this letter being written, Autumn is at 195 days seizure-free and drug-free! May God continue to be glorified in this ministry as we all try to seek Him diligently in all that we do.