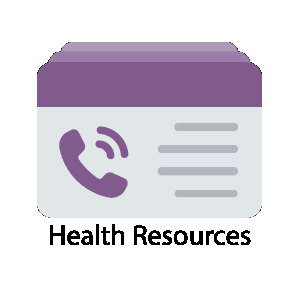 When our 3-year-old daughter started acting tired and cranky one day, we did not initially have serious medical concerns.

But then, the symptoms started to pile up. She had a fever on and off for a few days. She would cry a lot, want to be held constantly, and seemed very congested (cough, runny nose, etc.). Her eyes were continually red and watery. She refused to take any medicine. Since she was so miserable, at one point I felt I had no choice but to pour children’s acetaminophen down the hatch.

Most concerning of all was that she would hardly eat or drink anything. She only ate two pieces of cereal one day, and the next day she did not eat anything at all. We were barely able to cajole her into taking a few sips of liquid at a time. We did everything we could to get her to rest as much as possible, and we tried everything to get her more fluids (fruit juice, popsicles, etc.).

What I needed to know was: How dangerous was the situation for my little girl? I needed someone to tell me whether the symptoms were serious enough to warrant a doctor visit, or even a trip to the ER.

I doubted whether a doctor visit would help anything in this particular case (they do not administer IVs for rehydration, as far as I know); I was also fearful that an ER visit would be traumatic for her.

I went online to try to assess the situation. I didn’t want to do either one unless we had to, but also wanted to make sure we were caring for her and getting her everything she needed. The information I read online seemed promising, but it was hard to know whether I was interpreting everything correctly.

I remembered that I could contact a doctor through my Dashboard, so I logged in, sent a message to a doctor, and waited for a reply.

In about an hour and a half, I had an answer from an M.D., and I felt relieved to know that my daughter wasn’t as bad as I thought she might be. We weren’t going to have go to the doctor or ER this time. The doctor confirmed that our daughter would be all right as long as she was still drinking fluids, and not to worry if I couldn’t get her to eat. She also let me know what to watch for in case things worsened.

I had a plan of action, knew I now had an accurate assessment of my daughter’s situation, and praised God to know that she wasn’t in any immediate danger.