Need a shoulder arthroscopy? The Surgery Center of Oklahoma charges $5,720.

How about a tonsillectomy? The Oklahoma City facility charges $3,050. Or a carpal tunnel release? That’ll be $2,750.

Those prices include the surgeon, the anesthesiologist, and the facility.

In fact, name just about any outpatient surgical procedure, even mastectomies, and you can see how much the Surgery Center of Oklahoma charges, because they put their prices right on their website, surgerycenterok.com. And, says a co-founder, those prices are anywhere from one-sixth to one-tenth of what non-profit hospitals in the same area charge and even reportedly are lower than what Medicaid will pay for the same procedures. 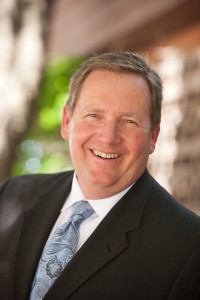 Anesthesiologists Dr. Keith Smith and colleague Dr. Steven Lantier, started the center in 1997 after becoming frustrated by how patients—and doctors—were treated at the “big hospitals” where they worked.

“We found that the hospitals increasingly leaned on us to accept really bad business deals,” Smith says. “They were becoming bullies with the physicians. They tended to run off good surgeons and attract bad ones.”

So Smith and Lantier decided that, rather than complain for the rest of their careers, they would do something about it. They bought an “old, burned-out surgery center that had been mismanaged by a large corporate outfit,” Smith says. Then they invited reputable surgeons to join them. The Surgery Center of Oklahoma started with 10 surgeons. In 2003, the doctor-owned company built a “state-of-the-art, 40,000-square-foot facility.”

Between 600 and 700 surgeries a month are performed there now by 47 surgeons.

Smith says they keep prices low through efficiency and quality. For example, rather than keep a surgeon waiting for an hour and a half between operations, as happens at a typical hospital, Surgery Center of Oklahoma allocates staff resources so that as a surgeon finishes in one room, he’s able to go to the next.

Also, since the surgeons are all financially invested in the facility, they naturally want to keep the quality high. Otherwise, all of their reputations—and checking accounts—suffer. It helps that Lantier and Smith, who are in charge of scheduling, are in the operating rooms as anesthesiologists with surgeons every day and able to observe them.

“We have been very, very careful to hire only the best staff and to include only the best surgeons in this area,” Smith says. “Since we all share and have common liability as owners, it’s in our best interests to make sure that unethical or incompetent types of doctors don’t enter our front doors. We’ve seen to that.”

The anesthesiologist advises patients to do business with facilities that are owned by the physicians who work at them. That, he says, increases “the likelihood that someone’s going to encounter high quality, reasonably priced care.”

Being upfront with pricing also helps business, Smith says. For one thing, patients don’t need to seek discounts; the price on the website is the rock-bottom price. Also, since the price is known in advance, self-insured companies and other organizations using the surgery center can budget their expected costs.

“We deal with some athletic teams who love our pricing because their actuaries actually have some idea about what their annual experience is going to be, the number and severity of injuries on their team,” Smith says. “That gives them predictive power.”

By creating the Surgery Center of Oklahoma, Smith and Lantier have fought back not only at big hospitals, but also at big insurance. Smith says that “gigantic hospital bills” benefit both entities through what he called “claims repricing.” Say a hospital charges $100,000 for a procedure, but a health insurance company discounts that bill to $42,000. Smith explains that the insurance company can then say it saved the employer group $58,000 and charge a percentage for that savings. The hospital can write off the $58,000 it didn’t get.

“The hospitals use this fictitious loss to bolster their numbers when they apply to the federal government for reimbursement for uncompensated care,” Smith says. “You finally realize that the insurance companies are perversely inclined to seek out the most expensive hospitals they can find.”

That was another reason that the Surgery Center of Oklahoma put its prices online, not only to attract some self-funded businesses that would rather pay $4,000 for a procedure instead of $40,000, but also to “shine some light on what’s going on.”

Keeping prices low and making them known online also attracts patients from out of the area, Smith says.

“The first people who showed up when we put our prices online were Canadians,” he says. “That was very instructive.”

One reason that the surgery center is able to list prices online, is because it does not take money from the government, Smith says.

“If a medical business accepts federal money, then it’s a whole different set of rules that precludes you from operating like a normal business,” he says. “We also don’t take federal money because we see money from Medicare or Medicaid as stolen property. I don’t know why I should be compensated for care rendered to someone who lives across town by my neighbor next door who doesn’t even know him.”

They do still see patients who are on Medicare and Medicaid, helping them out with paperwork, though.

And while the surgery center does accept insurance payments, they’re considered out-of-network for all but a couple groups. Again, they file claims for patients as a courtesy.

Smith says they’re seeing primary care and other types of practices follow their transparency example and believes that more will do so because the approach allows physicians to “basically eliminate their overhead, charge a whole lot less, and wind up having a better life.”

“I think that as the primary care doctors do that, more and more facilities will take the approach we’ve taken here,” he says. 