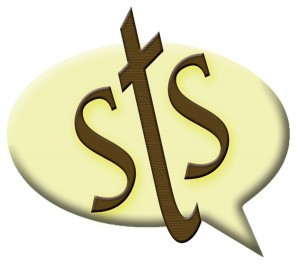 You don’t have to look outside our borders for proof that Simply the Story works anywhere and everywhere. Andrea recounts a time when she was invited to tell a Bible story with teenagers in prison.

“This was my first time speaking to young prisoners,” she says. “I have since been invited back on multiple occasions. It’s amazing how Bible stories affect them.”

During this particular visit to a youth prison, she told the story of the leper from Mark 1:40-45. In this story, Jesus heals a leper and commands him not to tell anyone, but instead to go to the priests and offer what Moses had commanded for his cleansing as a testimony to them. However, the man went out and spoke freely so that Jesus could no longer enter the gates openly, and the people came to Him from everywhere.

As Andrea began to share this story with the boys, she discovered that all but one of them were in gangs.

“One of the boys said to me, ‘I’ve got 666 on my forehead, will God accept me?’ I realized that he was testing me, and I could’ve given him the answer,” Andrea says. “However, I turned to everyone else in the group and said ‘What do you think? What does the story say? Is Jesus more interested in the inside or the outside of a person?’”

Through discussion, the boys discovered that Jesus was just as interested about the inside as He was about the outside of the man because Jesus not only touched the leper, He answered the leper’s concern by saying, “I am willing,” before saying, “Be clean.”

“We continued this really deep discussion in the Word of God another 45 minutes” she says, “and they discovered that because this man told everyone, other people were affected by what this leper chose to do.”

The boys uncovered several other truths, such as the fact that Jesus could no longer come inside the city gates openly, where most of the people were located.

“The boys began to see that all these people were affected by this one man’s choice not to do what Jesus said,” Andrea continues.

“When it came time for applying these spiritual truths, that boy who tattooed 666 on his forehead, when asked how our choices affect others, said, ‘My brother ended up in a gang.’”

When she asked him what was going to happen, he said, “He’s going to die or end up in prison like me.”

The imprisoned teens started sharing one by one, in front of each other, how the choices they had made were affecting other people, especially family.

“Some of these boys were crying,” Andrea says. “In tears, one boy said, ‘I never saw my dad cry until I was put in prison.’”

This story exemplifies how something as simple as a Bible story can change lives.

“We see people gaining spiritual healing and growth in the Lord as a result,” Andrea says. “In my experience, most of the people that I talk to all over the world, regardless of religion or background, are interested in knowing the true, living God.”