‘Sex education’ is the purview of the family, not the state 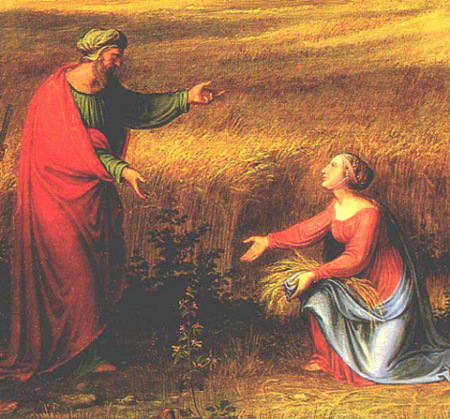 Recently, in my church, our pastor has been going through the book of Ruth. It is a delightful book, hugely instructive in many ways, not the least because we get to learn about two bright and noble Bible characters, Ruth and Boaz, coming together through amazing providence, culminating with their marriage and the birth of Obed.

Any preacher who makes it to chapter 3 has my sympathy. There we learn of Naomi’s unusual plan for Ruth to go and lie at Boaz’s feet on the threshing floor. What makes the chapter difficult is that some of the Biblical language used has undeniable sexual connotations.

Yet the narrative makes it clear that Naomi’s and Ruth’s intentions are not sexual at all, nor does Boaz take it that way. He doesn’t “lie with her,” and he does not throw her out for scandalous behavior. Rather, he commends her for her goodness to Naomi, for he sees that her actions show her desire to secure him as both kinsman-redeemer and husband, to provide for Naomi in in her old age.

Still, the honorable intentions of Boaz and Ruth didn’t stop my 8-year-old daughter from asking certain questions on the way home from church after that sermon—questions as to what was going on, and why our minister said that he couldn’t fully discuss certain things with children present.

Responding to these sorts of questions is a challenge for any parent. How much does one say or leave out? What is age appropriate? These kinds of questions should have careful attention, but my impression is that many parents, Christians included, tend to avoid them, possibly because they think it is easier to leave teaching on sexual matters to the schools.

Sex education was seized upon by Communists and radicals in Western countries, who understood the value of it for their own purposes in eradicating Christian morality.

This is an important topic, especially given the sexual madness that has taken over much of the “civilized” world, so I want to examine some of the issues surrounding it. This month I will review some of the history of “sex education,” including why the term itself needs to be challenged. I want to show that parents, not the state or anyone else, is responsible to teach this information to their children, in the context of “marriage education.” Next month I plan to discuss practical ways for parents to do this.

Let’s begin with an overview of “sex education.” Putting it mildly, the concept has very questionable roots. It was the brainchild of György Lukács, a Hungarian Bolshevik who was deputy commissar for culture in the Béla Kun regime in Hungary in 1919. Lukács’ goal was to eradicate Christianity from Hungarian society, and he believed that one of the most effective methods of achieving this would be to undermine existing sexual morality through the introduction of compulsory sex education in schools.

To achieve his aims, Lukács proposed a radical program, which included graphic literature being handed out to children—literature that both instructed them in promiscuity, and at the same time mocked the Christian moral ethics of their parents.

But the idea did not stop with the Communists in Hungary. It was seized upon by radicals in other Western countries, who understood the value of it for their own purposes in eradicating Christian morality elsewhere. Slowly but surely, “sex education” was put into schools in virtually all Western countries.

I hardly need to point out to you how successful this strategy has been—successful from the liberal left’s point of view that is—in severing the younger generation from the sexual morals of previous generations. I also hardly need to point out what this has done to Christian moral values, and we now see the widespread acceptance of all sorts of sexual behaviors that once were recognized to be destructive and wrong.

The Béla Kun regime in Hungary lasted only six months, so György Lukács never got to see the rotten fruit borne by his programs. If he could be here today, he would surely be both thrilled and amazed at the impact his ideas have had on the Western countries that adopted them. Although there are variations from country to country as to what is taught and at what age, and although the U.S. is perhaps not as far down the line as some other countries, less than 100 years after Lukács’ radical ideas were first introduced in Hungary, it is now the universal practice in Western countries for the state to take the role of “sex educator” upon itself.

Before challenging the idea that sexual matters ought to be taught by the state and in schools, there is something even more fundamental that needs to be questioned—the term “sex education” itself. Terminology is often more important than we may think. It can actually strongly influence, or even predetermine, the outcome. Like many other issues in our post-modern world, the terms have been chosen by opponents of Christianity to put us at a disadvantage. We need to go back and redefine them.

What is wrong with the term “sex education”? The problem is that it separates the sexual act from its original purpose. The Bible teaches that God’s design for sexual intercourse was for it to take place exclusively within heterosexual, monogamous marriage. When sin entered the world, many violations of His design followed, but when Jesus came to earth, He plainly taught that God’s original design still applies: “Have you not read that He who created them from the beginning made them male and female, and said, ‘Therefore a man shall leave his father and his mother and hold fast to his wife, and the two shall become one flesh’? So they are no longer two but one flesh” (Matthew 19:4-6).

What the term “sex education” does is to divorce the sexual act from marriage, as if the two things have nothing whatsoever to do with one another. This is just what György Lukács and the other radicals were seeking to achieve—the wrenching apart of sex from its marriage moorings, so that the two things could be thought of entirely independently of one another, thus paving the way for the sex act to take place in any configuration you care to name. The consequences of this—as he rightly saw—would be to not only undermine Christian morality, but ultimately to undermine the Christian faith altogether.

We ought to reject the term “sex education” as a subversive expression that undermines Biblical sexual morality. In its place we need to think more in terms of “marriage education,” of which sexual matters are only part.

But whose responsibility is it to teach on this? The first answer is to say where the responsibility does not lie. God has instituted government to perform a variety of functions, but teaching children what to do with their sexual organs just isn’t one of them. It is clearly a parental responsibility, and any parent who leaves it to paid strangers in schools to deal with is a) absconding their responsibility, and b) asking for trouble.

Someone might object to this by saying “show me the verse where it says that teaching children on sexual matters is a parental responsibility that shouldn’t be done by the state.” Well, we are told that parents are to bring our children up in “the discipline and instruction of the Lord.” This means that we are to instruct our children to know what righteousness is and instill in them a desire to practice it. A huge part of this will, of course, include marriage.

In other words, it is not the job of the state to teach my children “sex education,” but it is the responsibility of my wife and me to teach our children what marriage is—a lifelong covenant between one man and one woman—and to teach them by example what this looks like in practice. This will include a lot of different things—love, submission, complementarianism, work, protection, forgiveness, faithfulness—to name a few. And of course it will also include teaching on sexual relations within Biblical marriage.

Next month I plan to flesh out a few ways in which parents might approach this subject with their children, without embarrassment, with sensitivity, and ultimately with an eye to helping their children understand the beauty of God-ordained sexual relations within the marriage covenant.