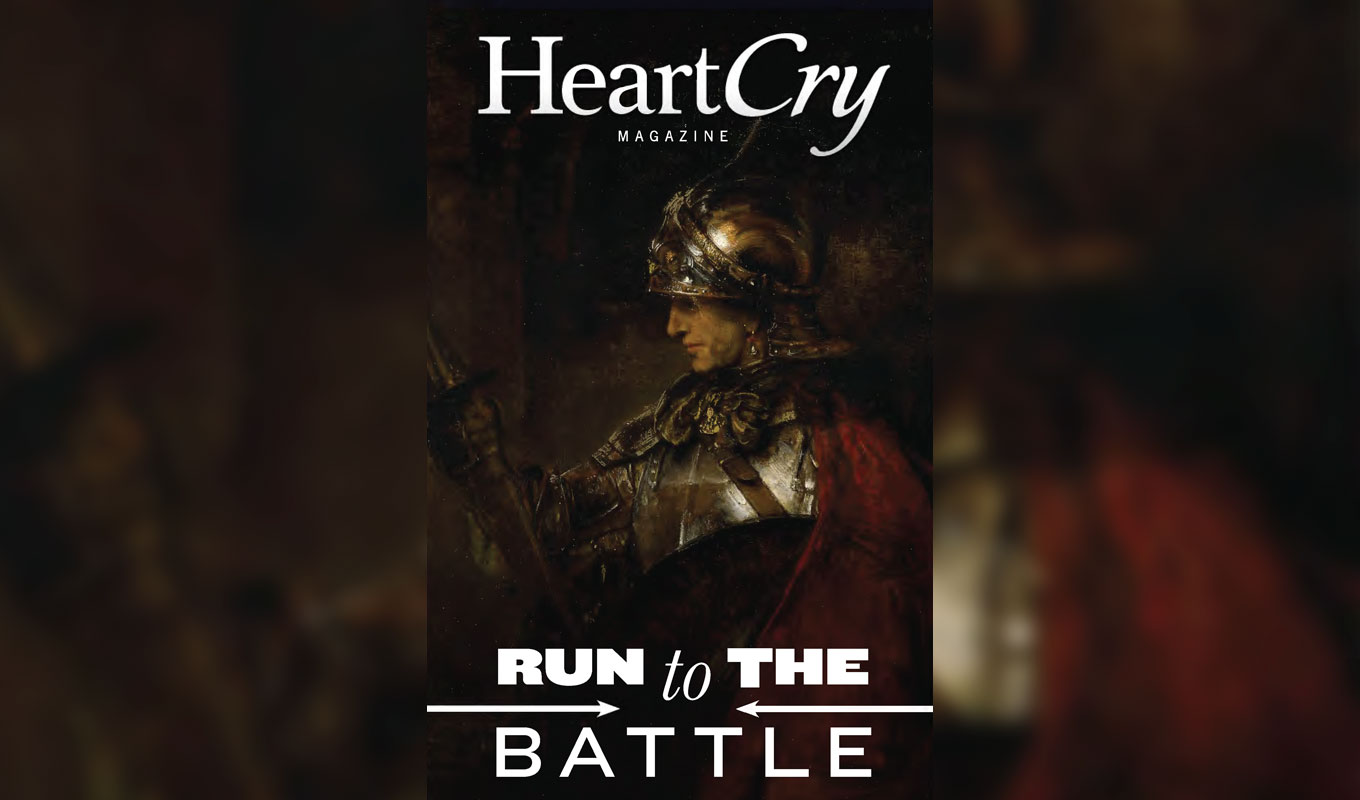 Run to the Battle

Regardless of what we may believe, the Christian life is a threefold battle. First, we battle against the flesh and its sinful desires that wage war against our new nature and against the Spirit who seeks to lead us to greater holiness (1 Peter 2:11). In this battle, we are called to put to death the deeds of the flesh (Romans 8:13) and to eagerly pursue personal holiness, without which no man will see the Lord (Hebrews 12:14). We are called to die daily (Luke 9:23), to beat our bodies into submission (1 Corinthians 9:27), and even to radically amputate those things in our lives that are a cause for stumbling (Matthew 5:29-30). We are called to saturate our lives in the Word of God, to renew our minds so that we might be able to discern those things which please the Lord and reject those things which the Lord abhors (Romans 12:2). We are called to be filled with the Spirit and to walk in newness of life, ever sensitive to His will and leading (Romans 6:4). Finally, we are called to do this in a world that hates God, is hardened to His truth, and opposes all virtue and godliness. What a terrible conflict is this battle of ours! We would surely be consumed if it were not for the God who produces in us the desire to live righteously and gives us the effective grace to do so. He is able to do exceedingly abundantly beyond all that we ask or think, according to His power that works in us (Ephesians 3:20).

Secondly, we battle against something even more terrible than our own depraved flesh—we battle against rulers, against the powers, against the world forces of this darkness, and against the spiritual forces of wickedness in the heavenly places (Ephesians 6:12). We are called to wrestle against them face to face and to resist them even to the point of death so that our testimony may resound to the glory of God. We are called to fight an enemy whose strength so exceeds our own that we must put aside our confidence in our strength and be strong in the Lord and in the strength of His might; we are called to put on the full armor of God and stand fast regardless of each day’s evil (Ephesians 6:10-11). It is true that Satan prowls about like a roaring lion, seeking someone to devour (1 Peter 5:8); and it is true that he has requested to sift us like wheat (Luke 22:31); nevertheless, we shall stand, for our Master is able to make us stand and to present us before Himself on that Day with great joy (Jude 24).

Thirdly, we battle for something much more precious than our own lives, much greater than our own goals, and much more important than our own welfare—we battle for the advancement of Christ’s Kingdom on earth. We struggle and pray and watch with one great hope—that His Name be sanctified, that His Kingdom come, that His Will be done on earth as it is in heaven (Matthew 6:10). We give our strength and our years that the earth might be filled with the knowledge of God as the waters cover the sea (Habakkuk 2:14). We long for the day when we will see a great multitude that no man can count from every tribe, language, and nation standing before the throne of God and crying out with a loud voice:

“Salvation to our God, who sits on the throne, and to the Lamb!”

Each one of us has been commissioned to see to it that Christ’s banner is raised on every distant hill in every faraway land. If we are not called to go, we are called to stand behind those who do, with equal sacrifice. The Great Commission is not some little thing the Church does; it is the thing we are commanded to do! Do we realize that we will be held accountable on the Day of Judgment for our participation in taking the Gospel to the nations? Do our lives reflect that we truly understand that apart from the Gospel no man will be saved?

The following quote was spoken by an atheist who mocked those Christians who declared Christ to be the only way and yet were not moved to make Christ known among the nations. His words are those that moved the great English missionary C.T. Studd to go to China, India, and Africa and later to draw attention to them:

If Christ was God and died for me, there is nothing that would be too much to do for Him. If I believed with conviction what millions say they believed, that the knowledge and practice of religion was everything to me, I would throw from me like a weight every worldly pleasure; I would esteem every worldly consideration as insanity and every worldly thought as vanity. My faith would be my first thought in the morning and my last image before I fell asleep; I would work only for the cause, think only in eternity, and esteem every soul won for heaven as the greatest value, even if it meant a life of suffering. No earthly consequence would detain me or quiet my lips; the joys of the world or its sorrows would not even occupy a single moment of my thoughts. I would focus only on eternity and the immortal souls that are around me and destined for eternal misery. I would go to the world and preach in season and out of season, and my text would be: ‘What does it benefit a man to gain the whole world and lose his soul?’

As we look toward this new year, we should be looking toward the world and the battle that rages there. These are the greatest times in the history of Christianity. God has opened doors throughout the world so that we may now preach the Gospel in places that only a few years ago were totally beyond our reach. The doors are open, but will we pass through? Will we take advantage of this most strategic moment in history? These are not times for men of narrow minds, small hearts, and tight spirits. These are times for not only standing firm, but also marching forward. We must put the world behind us, pass through the doors that have been opened to us, put our hand to the plow, and never look back again.

The world is such a large place, and there are so many people that have yet to be reached with the Gospel. There is so much to be done and so much that can be accomplished. Will the Church take advantage of her opportunity to see God’s glory among the nations? Will you hear the call to lay aside your life and become part of something much larger than yourself? What will you do? Can you think of any greater thing to which you could possibly give your life than the preaching of the Gospel to those who have yet to hear? This is not the time to think about careers, but about the Kingdom. Why would we want fame when God promises us glory (Romans 8:18)? Why would we be seeking the wealth of the world when the treasures of heaven are at our grasp (Matthew 6:19-21)? Why would we run for a crown that will perish with time when we are called to win a crown that is imperishable (1 Corinthians 9:25)? My dear friend, let us run to the battle so that we might stand with Him on that Great Day of Victory!

For the last 2,000 years, the battle for the advancement of the Kingdom of Christ has been a costly one. It is estimated that since the first century over 50 million Christians have been martyred for their faith in the Lord, and this number is only increasing. Even now, as you read this article, men and women of God are dying, and more are being locked away in prisons and jails with little hope of finding freedom again in this life. Their only crime is their belief in Christ and their unwillingness to lay down their Bibles and cease from preaching the Gospel of their Lord and Savior.

How should we respond to the knowledge of such terrible casualties? There is only one answer: we should run headlong into the battle and give our very lives for the only cause that will stand—the coming of the Kingdom of our Lord and God. As your brother in Christ, I plead with you to become a true soldier in the battle to take the Gospel of Jesus Christ to every man. The harvest is plentiful, but the laborers are few.