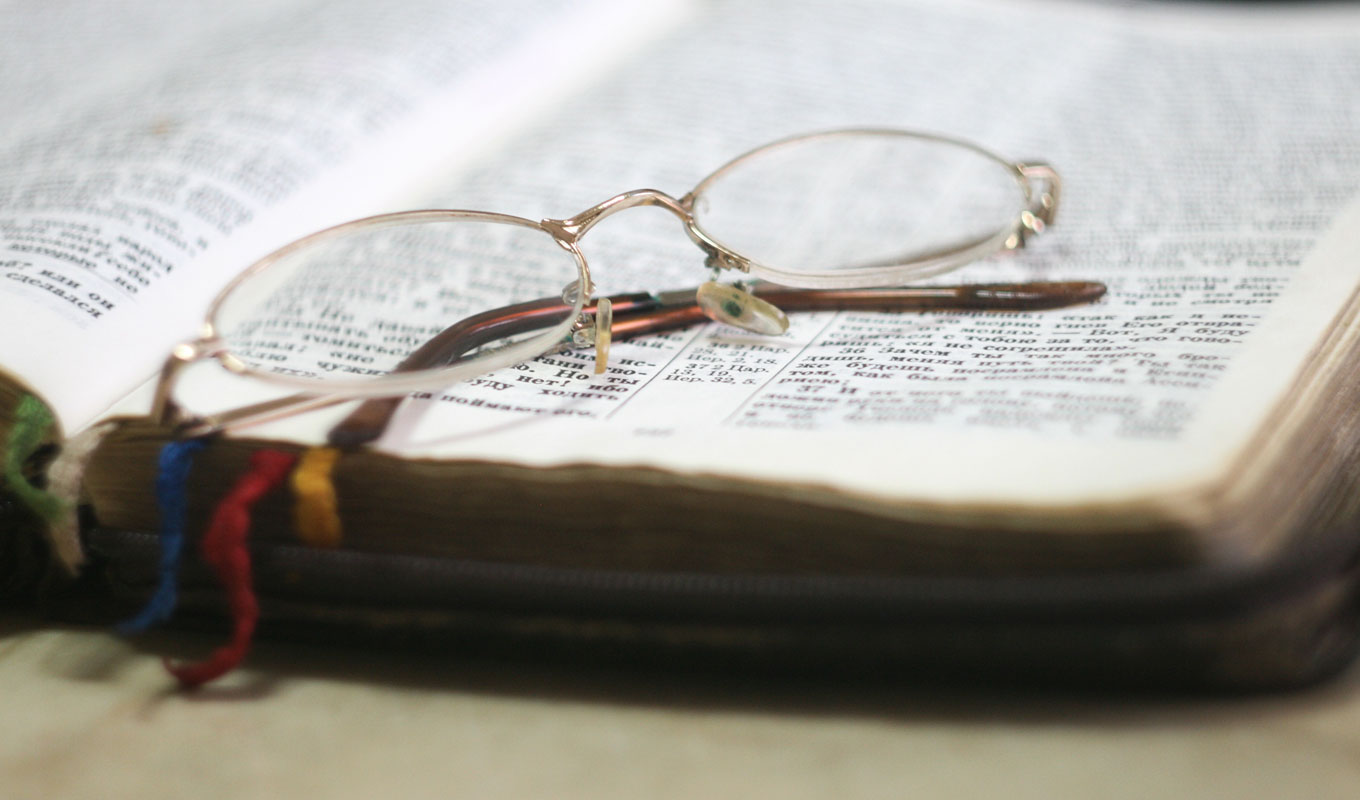 Risk assessment and crisis intervention in light of Psalm 91

The unspeakable woes of this world include deadly pandemics, earthquakes, floods, mass shootings, urban violence, genocide, famine, enslavement, and the blood-letting horrors of war itself. We must each decide how to respond. What will we say? What will we do? How do the Scriptures guide us?

Consider the example of the Samaritan in Luke 10. Following the law of love, which prompted one action and then another, the Samaritan gave his person and his purse to rescue a man from an unjust death. Quite a paradigm for crisis intervention.

Consider China, where the story of the midwives in Egypt is inspiring Christians facing a forced abortion policy. For 40 years the policy has demanded unmarried women kill their unborn babies. Married couples are limited to one or two children, which for cultural and economic reasons, usually means having sons and aborting baby girls.

In recent years, leaders in the unregistered, underground churches have cried out, “Let us be like the midwives in Egypt. Let us fear God and save our babies.” The midwives defied the law and deceived Pharaoh to let the babies live. God not only protected them from harm but also poured out blessing, greatly multiplying the Israelites and giving the midwives their own families (Exodus 1:20).

How many believers in other times and places have suffered much in rescuing the innocent, tending to the sick in the midst of plague, or working in war zones, or other relief work?

As I think of these amazing examples of faith and meditate on Scripture, I’m struck by Psalm 91 and its breathtaking assurances of protection:

I will say to the Lord, “My refuge and my fortress, my God, in whom I trust. For He will deliver you from the snare of the fowler and from the deadly pestilence."

What a beautiful promise of divine protection for those who trust in Him. He is able to foil the traps set to harm us and protect us from stalking diseases that would kill us.

In verses 9-10, God promises to protect those who trust in Him against all harm:

Because you have made the Lord your dwelling place—The Most High, who is my refuge—no evil shall befall you, no plague come near your tent.

In one sense this promise appears to be absurd—provably false and open to mockery from this world. After all, COVID-19 kills Christians and non-Christians alike. If Psalm 91 teaches that God always protects those who trust Him from all harm all the time, then your human experience proves it false.

But let’s affirm the fundamental claim of Psalm 91. God is a secure defense for those under His protection. What God determines will not harm you, will not harm you. “Our God is in the heavens; He does all that He pleases,” says Psalm 115:3. When it pleases God to protect you, “under His wings you will find refuge” (91:4). In verse 1, He is called “Almighty.” Why? Because no other power—spiritual, biological, cataclysmic, military—can pierce His cover. They can try, but, as Daniel 4:35 says, “All the peoples of the earth are regarded as nothing. He does as He pleases with the powers of heaven and the peoples of the earth. No one can hold back His hand or say to Him, ‘What have you done?’”

Seen through the lens of God’s sovereign power, the extent and scope of the promise of Psalm 91 becomes clearer. Psalm 91 teaches you to trust God to protect you from every evil that would prevent you from accomplishing His sovereign purposes for your life.

Let’s consider more examples from Scripture to see Psalm 91 in action. After 400 years of oppression at the hands of the Egyptians, it was God’s sovereign will to deliver Israel and, at the same time, render judgment. Exodus 6:6 says, “I am the Lord … and I will deliver you from slavery to them, and I will redeem you with an outstretched hand and with great acts of judgment.” God sent deadly plagues throughout the land, but He protected the Israelites from harm.

When the final plague came God told them to put the blood of a lamb on their doorposts as a sign of their trust in Him. To this day, Passover reminds us that God is able (Almighty) to prevent all harm to those under his protection. And Christ, the Lamb of God that takes away the sin of the world, has the power to save us from the final enemy, death.

Consider another example. Psalm 91:13 points to triumph over predators. “You will tread on the lion and the adder; the young lion and the serpent you will trample under foot.”

This bold promise does not make me want to join the snake-handlers (may they rest in peace). But the promise makes me bold to think that, in completing God’s purposes for my life, God will protect me, even from poisonous snakes and other predators, if need be.

In one sense this promise seems absurd—provably false and open to mockery from this world.

It was God’s will that Paul would testify before Caesar in Rome. He was therefore under God’s protection from all harm until His purpose was fulfilled (Acts 27:22-25). On the way, Paul was rescued from a shipwreck and treated to a warm fire. While adding sticks to it, “a viper came out because of the heat and fastened on his hand” (Acts 28:3). The people expected him to swell up and die. “He, however, shook off the creature into the fire and suffered no harm” (Acts 28:5).

I would sum up the Psalm this way: If you put your hope in God and trust in His commandments, nothing bad can happen to you that is not good for you.

Viewed through the lens of God’s sovereignty, Psalm 91 becomes a sweet promise of protection designed to fuel bold obedience to God’s calling. The amazing promises of this Psalm continue:

You will not fear the terror of the night, nor the arrow that flies by day, nor the pestilence that stalks in darkness, nor the destruction that wastes at noonday. A thousand may fall at your side, ten thousand at your right hand, but it will not come near you.

Again, let’s view these promises in 3-D. Throughout the ministry of Jesus, His enemies tried repeatedly to harm him. For example, John 7:30 says, “They were seeking to arrest Him, but no one laid a hand on Him, because His hour had not yet come.”

Jesus was protected from all evil, right up until the hour when evil—being murdered—fit into God’s sovereign good plan for Jesus. Then, as Peter says, “This Jesus, delivered up according to the definite plan and foreknowledge of God, you crucified and killed by the hands of lawless men” (Acts 2:23).

Throughout the ages, these examples have inspired people to risk their lives for the sake of the Gospel and make peace with the inherent dangers of serving others in crisis. John G. Paton, for example, went as a missionary to the New Hebrides Islands in 1858, where he lived in constant danger among the cannibalistic tribes.

He wrote in his autobiography:

A wild chief followed me about for four hours with his loaded musket, and though often directed towards me, God restrained his hand. I spoke kindly to him, fully persuaded that my God had placed me there, and would protect me till my allotted task was finished. Looking up in unceasing prayer to our dear Lord Jesus, I left all in His hands, and felt immortal till my work was done.

This is Psalm 91 in action.

In my role as president of PassionLife, I travel frequently to help Christians in countries plagued by abortion. Last fall I set off for my 29th trip to China the day after Thanksgiving. I was about 200 miles from Wuhan as a deadly outbreak spread. I returned home in mid-December with a planeload of people from China. I have not had a sniffle from Thanksgiving till now. God has protected me from sickness and death.

Why? I assume (take by faith) that I am spared for now because He has more for me to do. Am I declaring that I am impervious to COVID-19 simply because I trust in God? No, I’m not saying that.

Psalm 91 calls us to trust in God’s protection, not test it. Trusting in God does not make us impervious to dangers and foolish enough to try to prove ourselves invincible before unnecessary dangers. Psalm 91 simply makes us unafraid in the face of inherent dangers, of faithfully doing, as best as we can, what we perceive God has prepared for us to do for His name’s sake. It is a risky, cross-bearing thing we do. You have rightly got hold of Psalm 91 if you say, “God will protect me from all that would prevent me from doing what He has prepared for me to do.” Let’s call this the new normal!

John Ensor is the president of PassionLife, a missions organization dedicated to teaching prolife ethics and crisis intervention strategies in countries suffering the highest rates of abortion and infanticide.