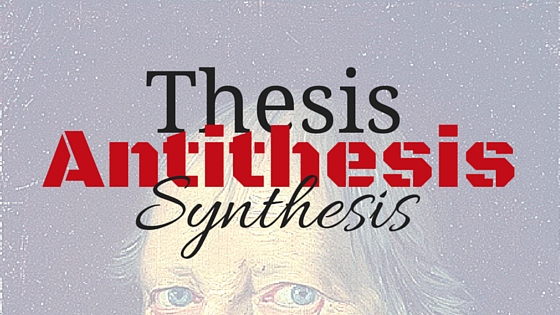 “The basic problem of the Christians in this country in the last 80 years or so, in regard to society and in regard to government,” wrote Francis Schaeffer in his Christian Manifesto, “is that they have seen things in bits and pieces instead of totals.” What he meant was that while Christians have seen a whole host of evils creeping into society and culture, they have tended to treat them as isolated issues and have failed to grasp the bigger picture.

Many examples could be given. For instance, we now live in a culture where two men can apparently marry. Christians see this and are horrified, but often fail to see how it came about. Was it just sprung upon us out of nowhere? Or is it not the case that same-sex “marriage” is simply the logical next step in a chain of events that began when people stopped seeing the direct link between marriage, sex, and having children? That’s obvious when you really stop to think about it!

What has been driving these rapid, connected changes we have seen over the last century or so? On a theological level, it is Romans 1 writ large. We gave up on God, so He gave us up to our own lusts. We gave up the truth about God, and exchanged it for a lie. I want to look in a bit more detail at how that “exchanging the truth for a lie” has panned out. Then, next month, I want to ask how we as Christians might begin to respond.

So how did we get to where we are? Taking the marriage example, we didn’t simply move from the truth to a lie in one step. Rather, we moved there bit by bit, through a whole chain of social changes, each one of which saw the truth being diluted just a little more, until we reached the point in the last few years where men can apparently “marry” men. What drove this?

The answer, I think, is largely bound up in the philosophical system known as the Hegelian Dialectic, a system of thought proposed by the 19th century German philosopher Georg Hegel. His ideas can be said to have basically changed the way people think about the world, not simply by undercutting the truth, but more fundamentally by undercutting the very idea of truth itself. Although his Dialectic is a fairly complex idea, I think it important to try to grasp it, as it is key to where we now find ourselves.

Classical logic proposes the “law of identity” (A=A) and the “law of non-contradiction” (two ideas cannot contradict each other and both be true). What Hegel did was to effectively tear up these rules. Instead of starting with truth opposing falsehood, he proposed the idea that there was merely a marketplace of competing ideas—thesis and antithesis—each one vying for the mastery. In other words, there is no objective truth, only subjective ideas. No black and white, only 50 shades of gray!

He suggested that these ideas—thesis and antithesis—inevitably clash with one another and out of that clash arises a “new idea”—the synthesis. In time, the synthesis itself becomes a new thesis, which is then opposed by a new antithesis, and once again they clash to bring about a new synthesis. And so on and so on. In short, the theory suggests a world where there is no truth and falsehood, where everything is in constant flux, and where there is constant tension with no resolution, until the final clash in history which will lead to ultimate truth and freedom.

Now that might well sound like the inane ramblings of a 19th-century intellectual, but actually it’s not something we can dismiss since it has had an enormous effect on the way we think. One manifestation of his idea of a world in which progress arises from a constant clash of opposites was that it formed the basis of the revolutionary ideas of Karl Marx and Friedrich Engels. Yet the Hegelian Dialectic is by no means confined to classical Marxism. In fact, it has formed the basis of most of the social and cultural upheaval we have seen over the past 100 years or so.

This can be seen in the electioneering of someone like Barack Obama, with his constant emphasis on concepts such as “progress” and “change we can believe in.” Whenever you hear a politician using phrases like “not turning the clock back” and “embracing the future,” you can be sure that they are—wittingly or unwittingly—good little disciples of Hegel.

But the strain is often just as evident on what is known as “the right.” For instance, consider the following amazing statement of George W. Bush’s senior advisor and deputy chief of staff, Karl Rove:

We’re an empire now, and when we act, we create our own reality. And while you’re studying that reality —judiciously, as you will—we’ll act again, creating other new realities, which you can study too, and that’s how things will sort out. We’re history’s actors … and you, all of you, will be left to just study what we do.

That has to be one of the clearest expressions not only of the Hegelian Dialectic itself, but also of how the idea can be used by clever manipulators to bring about social change. It is not simply that one man proposed a theory, and there are followers today who still believe it to be true. No, the concept of the Hegelian Dialectic is used by those in positions of power—whether in government, media, or the corporate world, whether on “the right” or “the left”—to manipulate people for their own predetermined ends.

Here’s how it works. Imagine living in a society where marriage is seen by 99 percent of people as being between one man and one woman for life. There are, however, some radicals who despise the concept of marriage and want to destroy it. What do they do? They can’t destroy it overnight, so what they do is pick a particular problem within marriage—say, the fact that there are some marriages where the husband is physically abusive—and they begin to focus all attention on this, calling for something to be done.

Now, domestic abuse is a great evil and something does need to be done about it. But that something should not be a solution that leads to easy divorce for everyone. However, since the real aim of the radicals is the destruction of marriage, this is exactly what they start calling for. And so the thesis and antithesis is set. On the one hand, there are the conservative Christians who, while wanting to protect women using other social and legal tools, do not want to destroy the sanctity of marriage but want to say no to easy divorce. On the other hand, there are the abused wives, whose plight is rightly mentioned, but whose numbers are blown out of proportion by the radicals. Those who (like Jesus) want to limit divorce are portrayed by the radicals as callous, and, slowly but surely, their message seeps into the minds of the masses in the middle: “You don’t want to be like those cruel and heartless people, do you? Why, they’re as bad as the abusers themselves.”

By playing the two sides against each other, the radicals end up persuading the mass of people in the middle to accept a solution which actually doesn’t deal with the problem of the abusive marriages. What it really does is deal with all marriages. Thus, by using the abuse issue as bait, the new reality of no-fault divorce (synthesis) is created, and the conservative Christians are left scratching their heads wondering what just happened, while the radicals have already moved on to set up their next clash and new reality, which is acceptance of homosexuality, followed by civil unions, followed by same-sex marriage, followed by who knows what.

Actually we already know what follows. Same-sex marriage is already yesterday’s news. The new Dialectic being fought over is transgenderism, but the tactics are the same. The thesis is that people should use the restrooms of their biological sex; the antithesis is that there are people identifying as transgender wanting to use a restroom not aligning with their biological sex. Those advocating it say it is a right and humane to allow this. Those against are portrayed as callous and you—Joe Public—don’t want to be like them, do you?

But while this is an important battle, understand that this is not the real war. It is not just another one of those “bits and pieces” that Francis Schaeffer mentioned. The real issue was revealed recently by a prominent far-left social change activist, Riki Wilchins, in an article he wrote for The Advocate. He called his piece, “We’ll Win the Bathroom Battle When the Binary Burns,” and as this suggests, he said that the end game is nothing to do with who uses which bathroom, but rather the creation of a society where anyone can use whatever bathroom they want, because the very concepts of male and female have entirely disappeared.

We must understand the real issue. When we’ve lost the bathroom battle, and we’re left scratching our heads over what happened, the radicals will have moved on to create their next reality, taking them ever closer to their goal of a society that no longer even recognizes the categories of male and female (and probably “disciplines” those who still do). Understanding this, and the Hegelian tactics at play, is vital if we are to know how to respond. I’ll be taking a look at that next month.