Rebuilding communities from the ashes, part 1 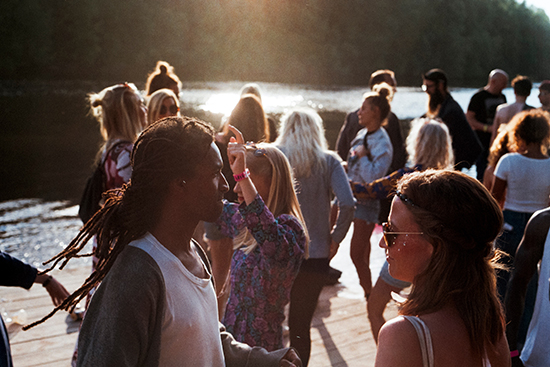 A growing number of books in recent years touch on the themes of community and place. Some of these books have sold extraordinarily well. Just to give a couple of examples, J.D. Vance’s Hillbilly Elegy and James Rebanks’s The Shepherd’s Life have both sold in the millions and reached the top of bestseller lists. Both books are said to be unlikely hits.

But is it so extraordinary that these sorts of books, which are, among other things, a lament for the loss of community, should be so widely read? Not long ago, it would have been surprising, and it is highly unlikely, that such books would have gained anything more than a small, niche readership. Yet in 2017, it’s actually not extraordinary at all. And the reason for this is that some of the themes they touch upon—that of struggling, broken, splintering communities—are now obvious to all. People see the loss of community and increasingly realize that something has gone very wrong.

Why so? On a foundational level, it is because man is a communal creature. He was never meant to live in isolation, but meant to function as part of a community and live in fellowship with others. He is meant to have families and those families are meant to live within a community of families. Yet in Western societies we now see man failing to do this on an epic scale.

I should make clear that I’m not even speaking just about the obviously broken communities, such as the one J.D. Vance describes in Hillbilly Elegy. Loss of community, although it may look very different, is found in far more affluent areas as well, where people often hardly know their neighbors, let alone live in community with them. Many explanations can be given for this phenomenon, from the effects of the industrial revolution right down to the digital revolution. But at the heart of it all, standing above all other reasons, is individualism, an ideology which is intrinsically hostile to both family and community.

To a certain extent, Western individualism can be seen as a response to another hideous ideology: communism. Whereas individualism places the individual and his or her rights to pleasure as the highest value, communism falls into the other ditch, and so elevates the idea of the communal above the individual, that the person is stripped of his or her dignity, honor, and identity.

I remember walking around my wife’s home town of Cieszyn in Poland back in the early 2000s, a decade or so after the fall of communism there. The main square was filled with stunning examples of Bohemian architecture, and yet while some of them were beautifully painted in light pastel colors, many others were a hideous, dull gray. This was, she told me, a hangover from the communist era. At the insistence of the authorities, they had all been sprayed the same uniform, ugly gray. The ones that were painted were simply the ones where the owners could afford it, whereas the ones that were still gray were the ones whose owners couldn’t afford to paint them or hadn’t seen it as a priority. I’m happy to say that the last time I went back, a couple of years ago, all the gray was gone.

That such a hideous and conformist ideology is a great evil doesn’t need any further comment. Meanwhile in the West, while we were congratulating ourselves that we weren’t doing all that, we were busy engaging in a far subtler experiment. Whereas communism saw only the communal, and trampled on the individual, in the West the opposite was happening. The individual was being exalted, but to such an extent that the idea of community was starting to become obsolete.

This experiment is still going, and its fruits are only starting to reveal themselves. It hasn’t led to any gulags being built, and probably never will, but it has led to a whole raft of enormous evils from the sacrifice of the family at the altar of pleasures, to the prevalence of drug taking; from the explosion in pornography, to the massive increase in depression; from the huge feeling of loneliness and isolation that millions feel, to the loss of community everywhere.

What is the nub of individualism? It is the belief that I myself am king and that nobody has the right to tell me what to do, to deny me any pleasure I seek, or to stop me from doing what I want. It’s my right to take drugs, and has nothing to do with you. It’s my right to have latchkey kids that I leave to fend for themselves or constantly shunt off to others, because I’m doing whatever I want to do, and it’s none of your business. It’s my right to sit around watching hardcore porn and what’s that to you. It’s my business whether I sleep with someone who isn’t the person I’m married to, and it’s nothing to do with you. And so on.

The most common response to these attitudes is to basically shrug the shoulders and say, “Well, yeah, it has nothing to do with me.” It is easy to see why we might take this essentially libertarian option. We take it because we think the alternative is the overbearing, overweening state that regulates what we watch, what we ingest, what we do with our time and our bodies. In other words, the ideology of individualism is petrified that the ideology of communism will rear its ugly head and come and strip us of our rights and our pleasures.

Why should I care? For two reasons: first, because these sorts of things adversely affect my neighbor, and I should care enough about him or her and their children to grieve over it. Secondly, these sorts of things are never done in isolation. They always have some effects on those around the people who do them, whether on their immediate families, or their work colleagues, or simply in debasing and eventually splintering the community as a whole.

The godfather of the ideology of individualism is Cain, with his “Am I my brother’s keeper?” retort to God. This has always struck me as the height of petulance, and his way of saying, “Get off my back. It’s my life. What’s Abel to do with me, and what am I to do with Abel? And what’s it to you anyway?” Of course the answer was, yes, you are your brother’s keeper. That’s what brothers are for—looking out for one another, loving one another, and keeping one another accountable. “Behold, how good and pleasant it is when brothers dwell in unity” (Psalm 133:1). And this is not confined to natural brothers and sisters, or even to brothers and sisters in Christ, but extends to my unconverted neighbor, too.

Yet the destructive ideology of individualism puts my neighbor’s right to take drugs on a higher level than my duty to persuade him that this is really detrimental to him. It makes a higher virtue out of my neighbor’s right to view porn than my duty to persuade him of how defiling it is, both to him and to women. It puts on a pedestal my right to make unlimited profits, but has nothing to say about my duty to use this money to care for my community and for those less fortunate (like the bigger barn builder of Luke 12). And in doing so it destroys lives, destroys relationships, destroys families, and destroys communities.

As I said at the beginning, it seems to me that there is a growing realization that something has gone terribly wrong. But is there another way, apart from the community-crushing individualism of the West on the one hand, and the individual-crushing communism of the former Soviet bloc on the other?

One example is Samaritan Ministries. The mission is very much centered on Galatians 6:2: “Bear one another’s burdens, and so fulfill the law of Christ.” There you have the emphasis on community. But just three verses later Paul says that “Each will have to bear his own load” (or burden as some translations have it). There you have the emphasis on the individual. And so we have a brief glimpse in that passage of the Biblical balance between individual and community that has been missing in Western society for so long.

Next month, I’ll develop this theme and ask what we, as individual Christians and as the Church corporately, can be doing to start rebuilding communities from the ashes.