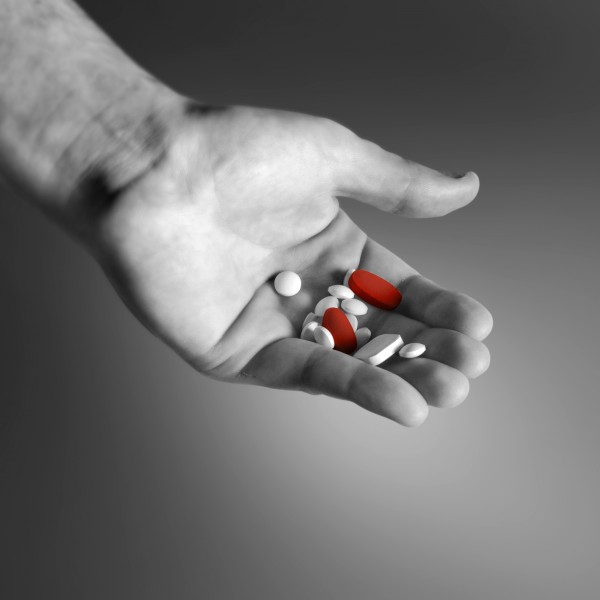 Terminally ill patients as well as the elderly, the poor, and the disabled can be victims of assisted suicide laws. The Patients Rights Action Fund works to protect them.

“We work to prevent laws that would allow physicians to prescribe lethal medication to their patients with the express purpose of ending their patient’s life by that patient’s request,” says Matt Valliere, PRAF development director and a member of Samaritan Ministries. “We work politically against laws that push this stuff forward as a medical ‘treatment’ option.”

The topic was in the news with the assisted suicide of Brittany Maynard last year. Maynard had terminal brain cancer and moved from California, where assisted suicide isn’t legal, to Oregon, where it is. Other states with similar laws include Washington and Vermont, with more considering it.

“It’s very important to be educated on the issue and to speak to the issue,” Matt says. “So many people in the United States don’t realize this is sneaking up right behind them. This is a huge deal. It is being pressed by the organization ‘Compassion and Choices.’”

Maynard committed suicide on November 1, 2014, with her situation being used by assisted-suicide advocates to promote their position.

“Not a few months later, there was a breakthrough on her very specific kind of cancer that she could have very easily benefited from,” Matt says.

A 60 Minutes story by Scott Pelley that aired in March detailed the remissions that the new treatment has led to.

“It’s really kind of a tragedy, but they use that kind of thing, difficult cases, folks who are suffering, to sway the hearts and minds of Americans, and people aren’t necessarily thinking it all the way through,” Matt says.

Yet assisted-suicide advocates appear to be gaining ground as a result of the Maynard case. A May 27 Gallup poll shows that 68 percent of Americans “believe physicians should be allowed to help terminally ill patients hasten their death,” World magazine reports. That’s up 10 percent from a year ago. The poll also says that 56 percent of Americans believe assisted suicide is morally acceptable, while only 37 percent say it’s morally wrong.

PRAF helps state-level coalitions to form and oppose legislation or ballot measures that would allow physician-assisted suicide. The fund also raises awareness of the problems with legalizing it.

“We can provide experts on the issue, tried-and-true talking points, methods, ways to win on both the legislative side and on the ballot measure side,” says Matt, who lives in Oklahoma.

But the key is creating a “very strong, broad-based coalition.” Special-interest groups across the political spectrum frequently oppose physician-assisted suicide, but, without the help of PRAF, would be unlikely to unite to fight legislation that would allow it.

“The basic groupings are pro-life groups, family institutes, the Catholic Church often, disability rights groups, hospice groups, palliative care folks, the medical community, and nursing associations,” Matt says. “These groups all have a myriad of issues, and they will come together to work on this one issue even though they don’t agree on many other things. There’s a little bit of distrust there sometimes, but as long as everyone is able to come to the table recognizing that there’s no other issue that we’re going to talk about here, we’re all on the same page with regard to this issue, then they come together quite well.”

Many in what are typically left-leaning organizations, like disability rights groups and church denominations with liberal agendas, are able to make arguments against assisted suicide that show other leftists “that assisted suicide is regressive and contrary to what they would see as positive movement forward.”

Dr. Ira Byock, a Vermont physician who confesses to left-wing positions on every other issue, testified against physician-assisted suicide in 2013 when that state’s law was being debated.

“Giving doctors the authority to write lethal prescriptions represents acquiescence to well-documented social failures and unmet needs of ill people and their families,” he said. “While masquerading as progressive politics—‘the right to die’ is an effective slogan—legalizing physician-assisted suicide is regressive social policy.”

With 20 states considering legislation that would legalize assisted suicide, most of PRAF’s time is spent on defensive efforts.

A suicide bill died in committee there on an 8-5 bipartisan vote in February partly due to the effort of Coloradans Against Physician-Assisted Suicide. Carrie Earll, vice president of government and public policy for the Colorado-based Focus on the Family, says PRAF “helped organize the kick-off call to connect key members of the coalition and provide resources.”

Besides Focus on the Family, those members included such groups as Not Dead Yet, Disability Rights Education & Defense Fund, Colorado Family Action, Christian Legal Society, American Academy of Medical Ethics, Center for Rights of Parents with Disabilities, and Hospice Analytics.

“The coalition came together quickly to do an important work of defeating the physician-assisted suicide bill,” Carrie says. “It represented organizations and individuals who understand the threat physician-assisted suicide poses to society and dedicated time and energy to lobby and speak against the bill. It was important to have a diverse and broad coalition with representation from the medical community, hospice, disability rights groups, and faith-based groups.”

A PRAF-assisted coalition in Vermont is trying to, at the least, keep safeguards against abuse in that state’s assisted-suicide law, and possibly overturn it. In Montana, where a court ruling allows a doctor to use a patient’s request for assisted suicide as a defense if prosecuted, two bills to allow assisted suicide and one to outlaw it are in play this year.

The fund is also concerned about proposed laws in California and New Jersey.

PRAF was formed in 2012 after a ballot fight in Massachusetts.

“What opponents saw during that work was that there was a need for a kind of a national organization that would be something of a counterweight to an organization that used to be called the Hemlock Society,” Matt says.

That group, which now calls itself “Compassion and Choices,” is a “top-down, centralized organization, very well-organized and well-funded,” according to Matt.

As development director, funding is Matt’s job. He was brought on board after a friend who had helped to start PRAF asked for help to present the group’s principles in an effective way.

“He asked me to come give them a hand with the fundraising side of it, but that’s turned into other things, a variety of roles that I end up filling,” Matt says.

Christians need to form and join coalitions when assisted-suicide legislation is on a ballot. If there isn’t one in your state, educate yourself and give Patients Rights Action Fund a call.

She’s the one who helps groups assemble that promote laws to protect against assisted suicide or defend against proposed laws, Matt says.

“Those folks are helping to direct the strategy on the ground and what they typically will do is send out an email saying, ‘Call your legislator today; this is a big deal,’ or ‘Show up at the statehouse,” Matt says.

Coalitions are even more necessary in terms of numbers when assisted-suicide legislation is presented at the ballot.

“There are so many more people making the decision, and you have to try to reach all of those voters,” he says.

Another good resource Matt points to is the Patients Rights Council.

Their website, patientsrightscouncil.org, is “very thorough and would be a great resource for anyone trying to learn about the issue.”

“If there is none, go ahead and educate yourself and contact us to get one going,” Matt says.