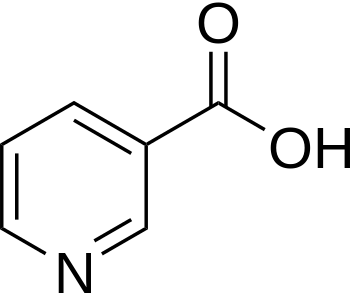 Starting in the early 1950s, Dr. Abram Hoffer successfully treated thousands of schizophrenia patients with niacin and conducted the first double-blind studies in the history of psychiatry on the subject. He found that niacin given along with traditional drug therapy reduced the amount of medication needed and reduced drugs’ side effects. Many of the medical journal articles that have been published on this topic are available free at the Orthomolecular.org website. Hoffer also published a book devoted entirely to this topic: Healing Schizophrenia: Complementary Vitamin and Drug Treatments.

Dr. Hoffer also championed the pioneering work of Dr. William Kaufman, who had shown that niacin resolved hyperactivity in animals and people. By the mid-1950s, Hoffer had treated thousands of hyperactive children with niacin. He was frustrated by the paradigm shift to drug therapy for hyperactive children in the 1970s, and spoke out about the dangerous side effects. (See chapter 7 of Niacin: The Real Story, and search “ADHD” at orthomolecular.org.)

Dr. Hoffer, who was a friend of Alcoholics Anonymous founder Bill Wilson, found that niacin and other supplements were effective in relieving alcoholics of the anxiety and depression they often report after they stop drinking. The book The Vitamin Cure for Alcoholism is focused on this topic. The protocol involves taking niacin very frequently, six times daily, and is summarized in an article on Orthomolecular.org.

Read a full review of Niacin: The Real Story here.