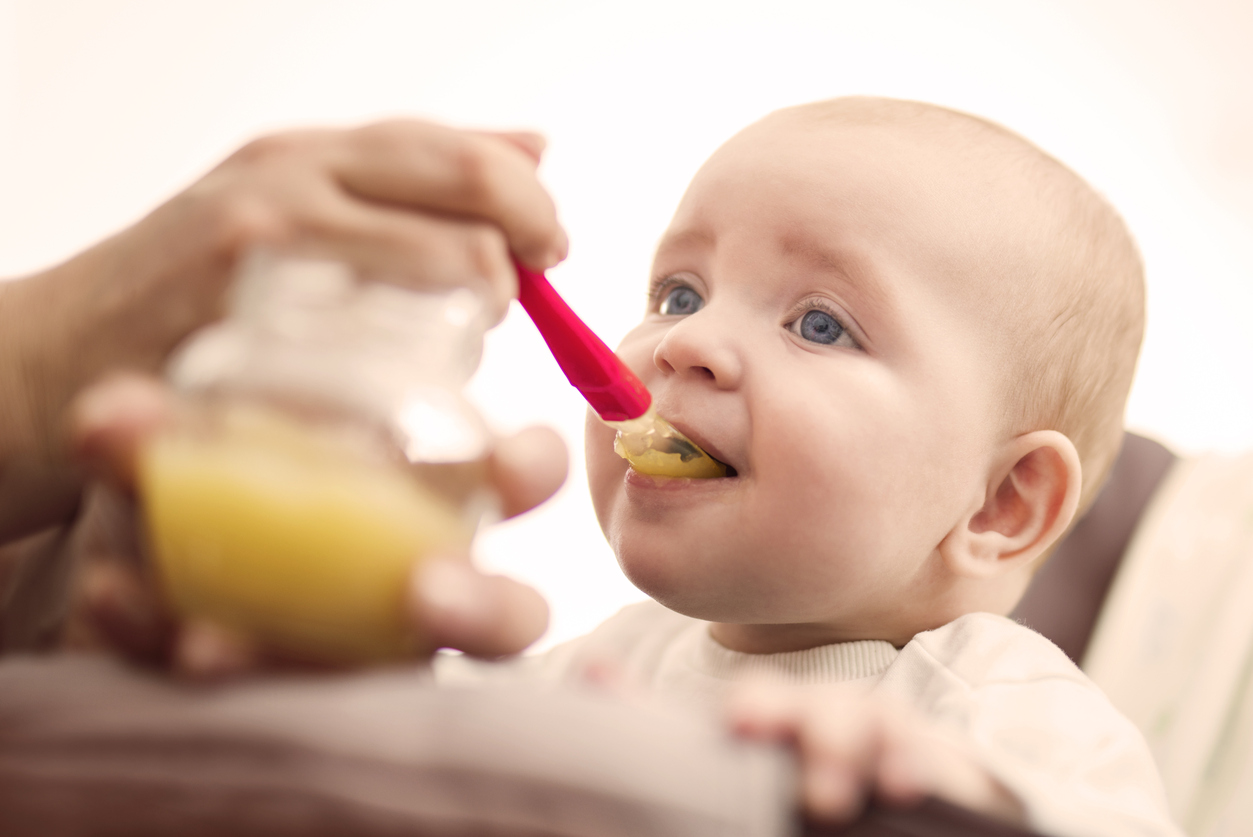 Imagine trying to feed a baby solid food before it is ready. Not a happy idea, and I don’t recommend trying it. Now imagine feeding baby food to a grown adult. Not something we would recommend for healthy adults.

Now imagine one more scenario. After moving a child onto solid food, the parents decide to take him off it, and go back to feeding him milk from a bottle and pureeing his solid food.

All of these scenarios are not what we would normally want, and yet at the end of Hebrews 5, the writer uses exactly this kind of imagery to chide his hearers. They have clearly been Christians for some time, and so ought to have moved on from the basics. In fact, he says that by this time, they ought to be teachers (verse 12). They should be having a spiritual 12-ounce ribeye steak with fries and pepper sauce. Instead, they are so immature that they still need spiritual baby food.

But what is this baby food? The beginning of chapter 6 says that it is the elementary doctrines of Christ that have just been presented in the previous chapters. He goes on to tell his hearers that they should not be forgetting these truths so much that the foundation needs to be laid again and again, but to get on with building the rest of the house. What is that foundation? The fact that we were dead in trespasses and sins and have been saved by faith in God (verse 1). He even includes instruction about washings (or baptisms) and the laying-on of hands. These things, says the Apostle, are the basics: church baby food.

What is interesting about all this is that for many Christians and many churches, the things that are mentioned as being food for babies are assumed to be meat for adults. I know of churches where the congregation is fed only baby food, week after week, month after month, year after year. It is presented in a very weighty—or we might say “meaty”—manner, with the gravitas that the foundational matters deserve. But, according to Hebrews, this is weekly milk and not weekly meat.

I suspect that possibly millions of Christians may find themselves in a similar position. They hear sermons on the deity of Christ, or justification by faith alone, or the death of Jesus on the Cross, which are all needful from time to time to remind us of the foundations of our faith. Yet Hebrews says that these things are basics, and we need more. Otherwise it’s like signing up for a course in advanced mathematics and getting the multiplication tables every week.

But if those fundamental truths mentioned above are milk, what is the meat? Are there things even more weighty than them? The answer is no, it’s not that they are weightier. Those foundational truths are as weighty as things get. However, solid food is simply the things that we are meant to learn, having been taught the basics.

He tells them the answer to this in verse 14 of chapter 5:

But solid food is for the mature, for those who have their powers of discernment trained by constant practice to distinguish good from evil.

Meat, or solid food, is therefore wisdom and discernment built upon the foundational doctrines. Another way of stating this is that the solid food is the stuff that Paul talks about after the “Therefores” in his letters. For instance, in his letter to the Ephesians, he devotes the first three chapters to talking about the foundations of the faith before going on to state at the beginning of chapter 4:

I therefore, a prisoner for the Lord, urge you to walk in a manner worthy of the calling to which you have been called, with all humility and gentleness, with patience, bearing with one another in love, eager to maintain the unity of the Spirit in the bond of peace.

His message throughout the rest of the epistle is basically, “Now go and build on this foundation using wisdom and discernment in all areas of life.” And so he goes on to instruct his hearers how they should speak, how they should think, how they should walk before God. He tells them that since they are no longer in the kingdom of darkness, they ought not to behave as if they were, but rather they should live like the new creations that they are.

All that is the solid food, and yet what Paul gives is not an exhaustive list of rules of conduct, but rather a set of overarching principles which—if we have digested our milk—are meant to form the basis of us going on to learn how to use wisdom and discernment in any and every situation we find ourselves in.

Churches can fall into a number of traps, and each one of them hinders our ability to exercise this solid food of wisdom and discernment, preventing us from being the people that God wants us to be in relation to the world around us. I think this particular problem may be more likely in churches where we might pride ourselves on our consistency in Biblical practices, possibly the kind of churches that members of Samaritan Ministries might attend.

As I have mentioned earlier, there are churches that give out nothing but baby food. Week after week, the people are fed with foundational doctrines, and the church pats itself on the back that it is preaching on the weighty matters. Well, those matters are of course weighty—infinitely so—but since they never go beyond them, to teach their people how to live as Christians, according to Hebrews this is not maturity but perennial babyhood.

Then there are churches that have taught the foundational truths and have moved on to the solid food stage. But instead of teaching wisdom, Paul’s general principles are turned into a set of rules to be used in every situation. I have lost count of the number of times I have heard this type of thing:

This approach is meat in the same way as a rather memorable meal I had on the second night of my honeymoon. It was billed as a steak, and it undoubtedly came from a cow. But it was more the part you’d normally use for making shoes than making steaks.

How is this maturity developed? The same way that Jesus “increased in wisdom and in stature, and in favor with God and man” (Luke 2:52). By searching the Scriptures, by asking questions, and by seeking understanding.

Understanding and acting in this way is surely key to how bright our light shines in this world.