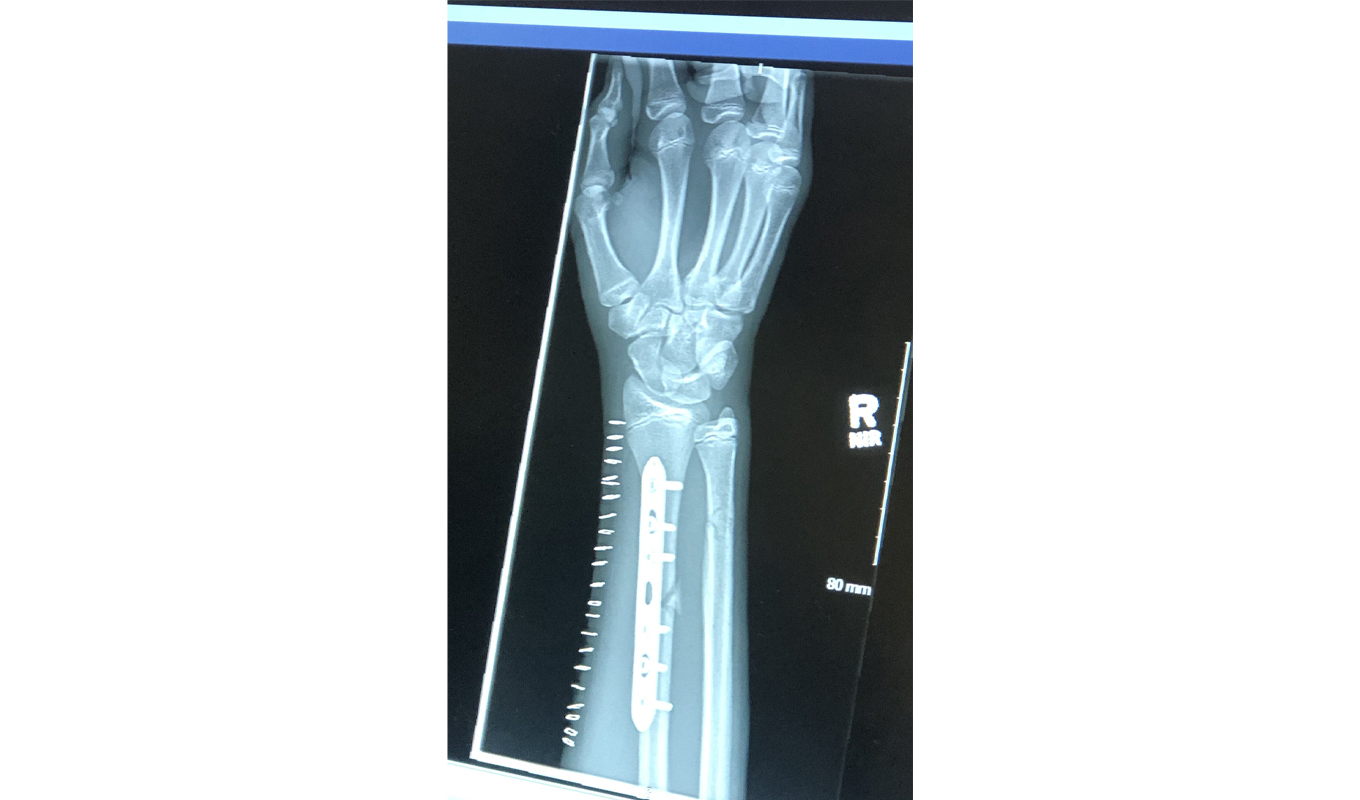 When Samaritan Ministries member Troy Greenberg’s son needed follow-up surgery to complete the repair of a broken arm, Troy knew he’d be shopping around for the best price.

Fifteen-year-old Leighton Greenberg broke his arm when he stepped in and took a charge during a high school basketball game in March 2021. The opposing player landed on him, breaking Leighton’s arm sideways. Ouch! Huge props for taking the charge—but bummer about the arm!

The family couldn’t shop around for the initial surgery, which took place at a hospital about 30 minutes from their home in southern Wisconsin. It cost about $25,000 and all but the first $400 of it was shared by Samaritan. The surgeon screwed a metal plate into the bone, to hold it in place while it healed. Then, more than a year later, Leighton needed a follow-up operation to remove the metal plate.

Time for Troy to go shopping.

The unjustified price variation in health care is a big theme of my book, Never Pay the First Bill, and my health literacy videos, The Never Pay Pathway, available on my website. Patients get charged wildly different amounts for the same type of services depending on where they receive the treatment or their type of health care coverage. And studies show that you typically don’t get better health care by paying more. You might be able to save hundreds or even thousands of dollars per health care encounter by shopping around.

I walk through these details and strategies for you in my book and videos. Once patients understand the health care game, they can play it. The key is to shun the overpriced medical providers and give your business to those who have reasonable prices. The savings can be huge, as Troy discovered.

Troy is a father of seven who owns a custom cabinet-making business. He and his wife caught on to the unreasonable variation in health care pricing about a decade ago. His wife needs a particular type of blood test every year. One year the local nonprofit clinic near their home charged $890 for the test. The next year the same clinic charged $1,280 ... for the same test! That didn’t make sense to Troy, so he started looking for different options. He learned about the company Any Lab Test Now, which arranged for the same test at a clinic near their home for $125. Boom—that saved the family more than $1,000, just for that single test! That was a decade ago, so they’ve saved about $10,000 and counting.

It pays big to seek out the best health care prices.

“I’m at a point now where I am just entertained by the whole thing,” Troy said of seeking out the best health care prices. “It’s become a challenge and it’s become fun.”

To shop for the best price to remove the plate in Leighton’s arm, Troy started with a quote from the hospital where the original surgery was performed. They told him it would cost $15,000. Samaritan would have shared the entire operation, but Troy knew it was unwise to overpay. He needed to look for the best price.

A health benefits advisor referred him to OrthoIllinois’ surgery center in Rockford, Illinois. OrthoIllinois publishes its prices and gave him a quote of $4,700. That’s a 69 percent discount off the hospital price!

But Troy kept looking and found an even better price at Wellbridge Surgical in Indianapolis. Wellbridge is another surgery center that publishes its prices and offers better value than the typical hospital. At Wellbridge, the operation cost $3,675. That’s 76 percent off the hospital price—a savings of $11,325!

The discount came with some inconvenience. Troy’s wife had to drive Leighton five hours to Indianapolis for the operation. They left in the morning, had the surgery in the afternoon, stayed overnight in a hotel, and returned home the next day. All went well. The family saved $11,325 on Leighton’s surgery and he’s back on the court.

Troy could have had the procedure performed at the local hospital, and Samaritan would have shared the whole bill. But he knows that would have been a big waste of money. There’s no magic money tree that funds people’s overpayments for health care.

“I’m looking at this as a ministry,” Troy said. “I want to be as responsible as I can with (the members’) money, knowing full well that’s going to come back on us if people aren’t responsible.”

A version of this article originally appeared in Marshall Allen’s free newsletter, which shows readers how to save money on health care.