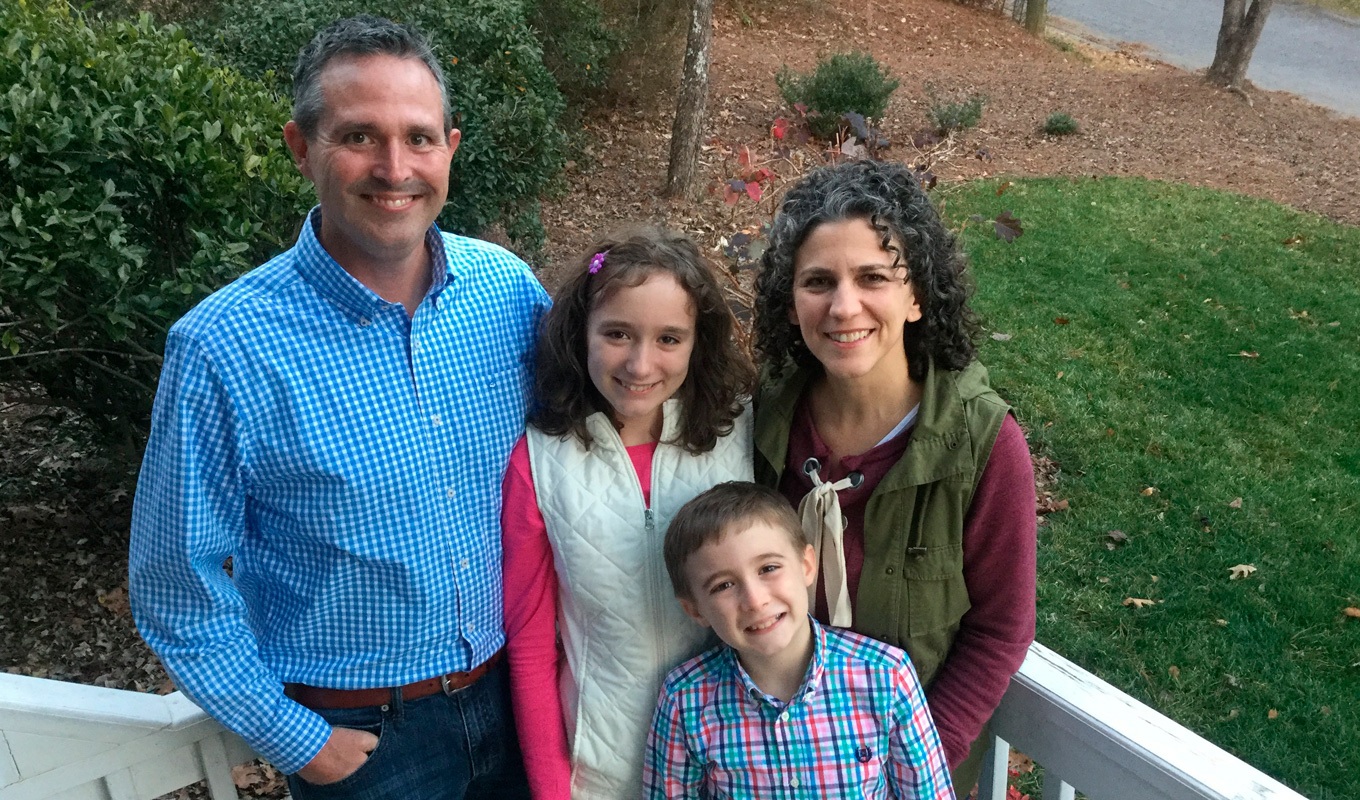 Steve Gillis has created a plan to chip away at the needs of vulnerable children around the world with Patch Our Planet, a ministry that creates custom orphan-care plans for churches.

The need is staggering. America is home to 400,000 orphans, abandoned children, and children in foster care, and there are about 153 million children in similar situations around the world. To add to the crisis in the past decade, many of the American children have been affected as the result of another crisis—opioid addiction.

Depending on the size of the congregation, helping vulnerable children can mean anything from  church small groups getting involved in a boys or girls home or starting an adoption fund, to building an addiction recovery program which, as Steve says, is a way to close “the front door to foster care by helping these parents” struggling with substance abuse.

“I believe the church is the best answer to the orphan crisis,” Steve says. “Unfortunately, it is usually the least equipped.”

It all starts on a whiteboard.

“In a collaborative meeting with church leaders and laity, we literally write out a plan by finding out what the church does best and building a strong foundation of care based on the church’s strengths, instead of being spread out in all different directions,” Steve says.

Other churches have addressed the crisis in their own communities by forming partnerships with social services and government agencies to solve the problem. Steve says the ultimate goal is “to build a network of churches in a community to actually solve the problem.”

One example of how networking happens is The Chapel in Buffalo, New York, where Steve’s brother, Jerry Gillis, is pastor.

Eight years ago, The Chapel wanted to address the orphan crisis in their area. Along with four other churches, The Chapel created the Every Child orphan ministry, “a bridge organization connecting the church to those who are already doing great work in the social services community through strategic partnerships,” according to the ministry’s website. Today Every Child partners with over 23 organizations across western New York in an effort to serve these children. In addition, church leaders in the region are planting churches together looking for places where the Gospel isn’t being shared.

“Even though some of the churches in western New York were already planting churches together, I like to kid my brother that intentional orphan care is what really took those church relationships to the next level,” Steve says. “Churches rarely agree on everything. That’s why we have denominations. But they all seem to agree that vulnerable children need the Church to act, and that belief has a unifying power in bringing churches in a community together. It’s really cool to see what the Lord is doing in western New York.

“There is an enormously long list of things that can be done to serve the church, and many resources available to help parents of children from hard places who have experienced trauma. That’s why we start with the question ‘What do you want to do?’ to reveal a church’s heart and passion. Then, in most cases, we get really practical with one-, two-, five-, and 10-year plans. A vulnerable child’s best chance at a forever family is a fully engaged, fully equipped local church nearby.”

From local to global

Patch Our Planet is not just another “program.”

“It’s leading somewhere,” Steve says. “A lot of churches are involved around the world globally, but they can get stuck in a rut doing the same things every year. They’ll go to another country and paint or do vacation Bible school, and they’ll come back with heartbreaking stories and photos. It’s a well-intentioned trip, but they’re seeing the same kids every year. We help them discover how they can help the locals in that country develop a heart to take care of their kids just like it is our responsibility to take care of our kids.”

The irony is that when we start in our own neighborhoods and communities, our global reach becomes more effective, Steve says. All the local churches he has worked with are also involved globally in the orphan crisis.

Global orphan care has always been on Steve’s heart. Prior to Patch Our Planet, Steve served as the road pastor and World Vision representative for the Christian music group NewSong back in the late 1990s. Despite the fact that they sponsored more orphans than any Christian touring group, Steve says that in the back of his mind he kept thinking, “There has to be more that we can do than just pay, pray, and stay away.”

“That’s when I started really thinking through some of the strategies of the local church that’s located on every corner of the planet,” he says. “Usually they lack the resources and direction, but when they are equipped, it’s incredible to watch the transformation that happens in that community.”

Steve spent 7½ years working as a college pastor at a church in Atlanta, Georgia, and transitioned out of that job in 2011 to create Patch Our Planet. Not long after, his son was born with a cleft palate and other health problems that required he and his wife, Renée, to shut down the ministry for a year and take care of their son. During that time, they drained their savings, and Steve needed to get back to work in order to make up for all of that lost income. But Renée reminded Steve as he began his job search, “You need to do what God called you to do.”

They restarted the ministry, but this time with absolutely no financial cushion, “just a simple faith in a big God.”

In November 2011, Steve was invited to sit on a White House panel of experts for National Adoption Month to talk about Patch Our Planet, sharing why he believed the Church was the best answer for the orphan crisis, and what his small ministry was going to do about it. Having just started, this moment would prove to be the boost that he needed to really kick start the ministry of Patch Our Planet.

Steve, Renée, and their two homeschooled children have traveled the country to help churches get started on the journey of making a difference in the global orphan and foster care crisis. Their ministry is what they would call a good old-fashioned by-faith ministry, which they wouldn’t trade for anything.

“People say we’re nuts,” Renée says, but the Gillises are not fazed.

“When churches ask, ‘Hey, can you come and help us?’, we do everything in our power to say ‘yes’ every time,” Steve says.

“It’s really a by-faith ministry,” Steve says. He wanted it to be that way because as a pastor “I was on the other side of the desk for so long and heard from so many non-profits tell us how much we needed them, and I desperately wanted one to just come and say, ‘Hey, we want to come and serve and add value to the church.’ So, because that is how we operate our ministry, I guess you could say we are unique in that way now.”

Last year alone, Steve and his family spent three months on the road in 21 states training churches. In the past nine years, they’ve helped over 300 churches see their dream of helping orphans become a reality. But the work is far from over. Steve says that, even though more and more churches are getting involved, he is still left with a feeling of “not doing enough.”

“We’re not chipping away at the problem like you’d think we would be because the need is increasing at such a fast rate because of broken families and the state of our culture,” he says.

But Steve and his family are committed.

“As long as God provides, I’m going to do it,” he says. “When He shuts it down, I’ll do what He has next for me. We can always trust that the One who called us will be faithful to provide and to direct our paths. For our family, that is the great adventure of being a Christ follower, and we’d have it no other way.”

Steve Gillis lists 5 ways to ensure the orphan crisis will never be solved by the church (irony alert).