Member Spotlight: Paul and Jenny Speed of Whatever It Takes Ministries 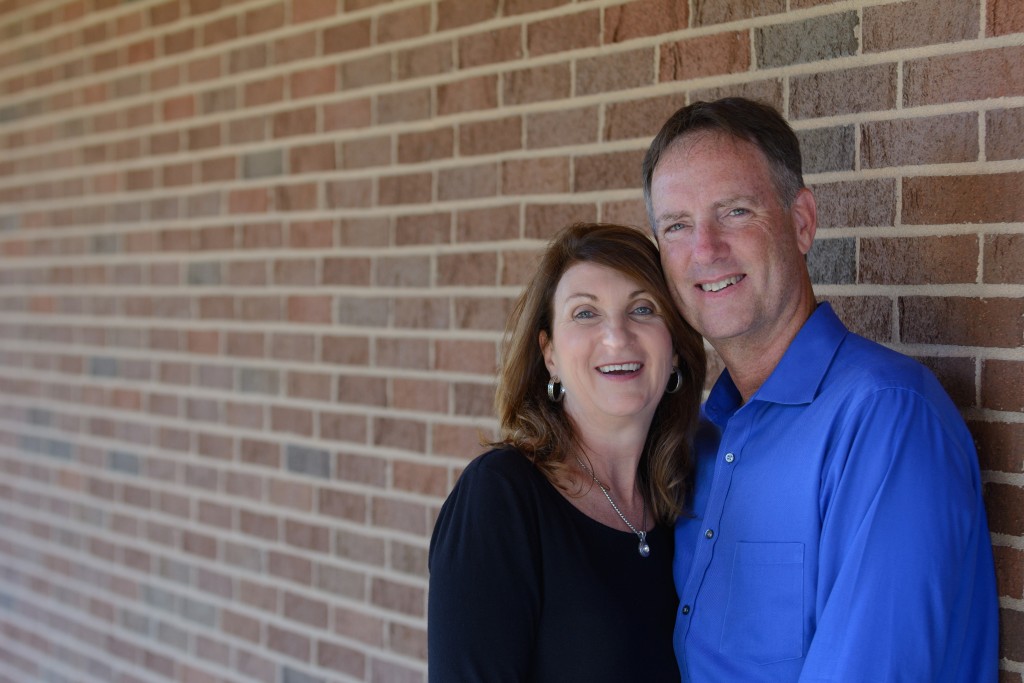 Open. Broken. Free. Whatever It Takes. God used these words to transform Paul and Jenny Speed from “wonderful hypocrites” living in a dying marriage into a joyful couple bringing God’s freedom and restoration to thousands through Whatever It Takes Ministries.

As newlyweds, Paul and Jenny expected married life to be great. After all, they were strong believers who hoped to impact the world for Christ. But when issues arose in their marriage, Paul increasingly turned to the pornography that had blighted his youth. He told himself that what Jenny and the kids didn’t know wouldn’t hurt them, and that he could protect them even when his life was “spinning more and more out of control.”

To those around them, they looked like they had it all together—active in the church, raising their children on 50 acres, a model homeschool family—but Paul and Jenny knew differently.

“God, does my hidden sin have anything to do with the turmoil in our marriage?” Paul cried out in desperation. Knowing God’s answer was “yes,” on November 18, 2002, he asked Jenny if they could talk after the kids were in bed. Paul confessed that he was bound by Internet pornography.

While Jenny was relieved to discover that their problems were not all her fault, she was devastated that he had hidden his sin from her for 14 years.

During that first week, Paul and Jenny became completely open with each other, praying through anything that came to mind, repenting, and asking God to take back the ground they’d lost.

The Lord led Paul to Psalm 51:6. He learned that God longed for truth in his innermost being and would give him wisdom. Paul realized that he, the one who should have protected Jenny, was not “such a great guy” after all. He had allowed others to blame Jenny, and had withdrawn from his family out of guilt and shame. Paul told Jenny, “This isn’t your fault. This was my choice, and my sin. I am going to dig into God’s Word, and I am going to find the keys to freedom.”

God began to set forth the steps Paul should take to freedom, and what was needed to restore their marriage. As they were praying, God brought the words “open, broken, free” to both of them.

Open. Being “open and transparent, not hiding or covering sin, but being honest about yourself and your past.” Paul knew his hidden sin “rotted him from the inside,” and he wanted everything out in the open.

Broken. “Broken over sin and what it does to your relationship with God, to you, and to others. Brokenness says, ‘I will not go back to sin. I will not blame others for my sin.’”

Paul asked God to reveal what kept him bound, for pride prevented him from seeing himself as he really was. The Lord showed him his real stronghold was hypocrisy, failing to be open about his struggles and broken over his sin.

Free. Freedom is becoming “the person God called you to be.” Paul knew he needed freedom and determined to do “whatever it takes” to break free of the bondages in his inner life.

Paul’s bondage had damaged more than he realized. He hadn’t understood that his sin opened a door for the enemy to harass Jenny. His confession released Jenny from nightmares that had tormented her for years.

Out of that awareness, Paul and Jenny talked with each of their children in an age-appropriate way. Paul was heartbroken to find their children “did not escape unscathed because of my sin.” But after he prayed for them, watching their faces lift and seeing them almost bounce from the room filled him with incredible joy. Immoral dreams and thoughts, and various temptations they faced, vanished.

Especially painful was Paul’s talk with one of his sons. Twice that summer Paul had taken his son to his office. When Paul left for a time, his son was able to find the very sites Paul had been on. “It had to be the enemy who led him, because he had never been on a computer before, and how could he have found those sites on his own? He saw the things I saw, and it broke my heart.” The discovery produced a greater brokenness in Paul. “This was me. I had allowed this. My sin was causing my wife and kids to suffer, to be tormented by the evil one.”

After seven strenuous months of working through issues, Jenny knew their family could thrive again. Paul was consistently resisting temptation and taking responsibility for his family. Others began to notice and came to them for prayer and counsel.

When a leader at a homeschool convention in Tennessee requested that Paul share his testimony, Jenny asked if he would tell it all. “I will never have this opportunity again,” Paul said. “There are men in this room who are in bondage just like I was, and if I don’t say the words, they won’t have the courage, they won’t do it.”

When he got offstage, he realized he’d just told 2,500 adults that he had been “addicted to Internet pornography, abdicated authority for my family, and not loved my wife.” Paul wanted to run and hide. But a couple, tears streaming down their faces, called out, “Paul and Jenny, please stop.” The man confessed he was in bondage and asked for help. For the next three days, people lined the hallway to talk with Paul and Jenny. Four chairs were placed in the hall so they could minister, one couple at a time.

Once home, Paul and Jenny hosted entire families overnight as they ministered to hurting couples. Finally the demand to counsel, cook, and baby-sit grew too hard on their own family.

Paul and Jenny officially launched Whatever It Takes Ministries in 2006 to “help couples and individuals do ‘whatever it takes’ to resolve conflicts in their lives and marriages.” At their first Whatever It Takes marriage intensive, they expected 20 couples. Eighty-six signed up. Several of the couples who attended that first intensive still serve as team leaders for their ministry.

Through the years, Paul and Jenny have identified two essentials to walk free in Christ. “First, you must have a desire for freedom. Desire is a must. But you must also believe that you can be free,” Jenny says. “If people desire freedom, even if they don’t know they can be free, we know we can prove to them that Jesus Christ can set them free. There’s no doubt about it.’

“Couples in crisis come to us from all kinds of denominations, from conservative Mennonite to Catholic or charismatic, but they meet Jesus in a new, fresh way. It’s amazing to see what happens when they get all this trash out for the Lord to deal with. We’ve seen miracles happen because of these weekends.”

In addition to their weekend intensives, Paul and Jenny speak at churches, conferences, and special events. They’ve ministered throughout the United States as well as in Canada, Mexico, Australia, New Zealand, Singapore, and Malaysia. Paul has begun to blog and intends to start a podcast this coming year. Their first book, which tells their story and gives the steps to freedom, is planned to come out in the spring.