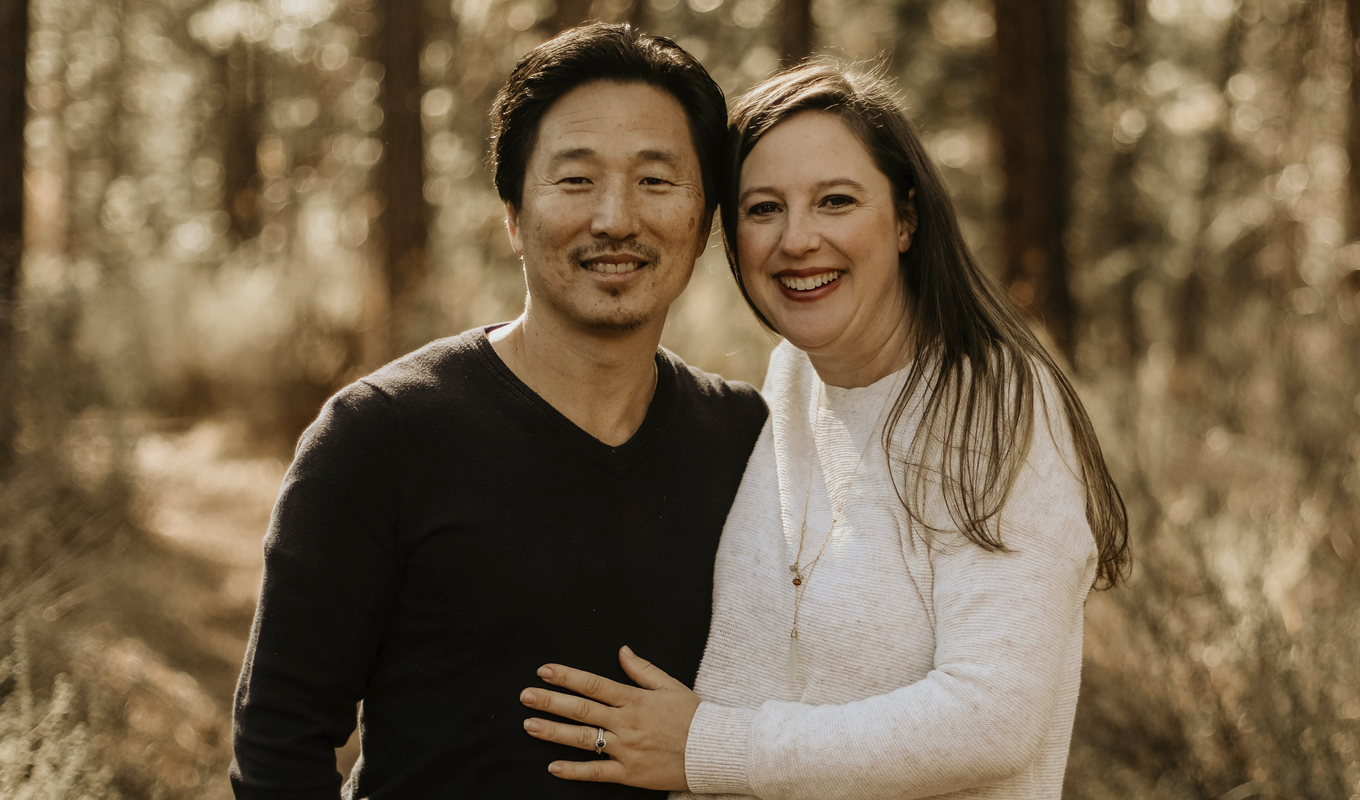 Soulspace is a fairly recent entry into the Christian meditation app realm. Samaritan Ministries members Jim and Jamie Choi of Bend, Oregon, led the creation of the app, which features scripture-based meditations and music, to its release in 2019 with the help of fellow church members, friends, and family. Soulspace is approaching 100,000 downloads on the iOS and Android platforms. Besides Bible-based meditation, it features bedtime stories, original music, and Bible courses. Daily meditations are free, but additional content requires a subscription.

(To take advantage of special pricing for Samaritan members, download the app from the iOS or Android store, create an account, and go to Soulspace.co/samaritan to complete the subscription process.)

The idea for Soulspace came about in 2018.

Life was “getting hectic” for the Chois, Jim says. They tried some non-Christian meditation apps to help, but the apps were “just kind of missing something.” One day they heard Bo Stern-Brady, a speaking pastor at their congregation, Westside Church, talk about the wisdom of taking brain breaks during the day.

“I emailed Bo that day,” Jim says. “I said we were thinking of something like that except as an actual meditation app.”

Although Bo responded quickly, and the ball got rolling, it took a while to get the different parts together: scripts, code, music, graphics. The team gave itself a soft deadline of Christmas 2019, and reached it.

Soulspace is a team effort.

Jim handles code for the app and serves as the “circus master” for the rest of the team. Jamie does the meditation voicing, applauded in user reviews as “soothing.”

“I have not heard one person say anything negative about her voice,” Jim says. “That’s so odd, because in the app space, tech, and social media, there’s always some naysayer, someone who doesn’t like something.”

Corey Parnell, a former worship leader at the Chois’ church and Bo’s son-in-law, does much of the singing and music. Jim’s niece, Sabrina, handles a lot of the audio editing, important because it brings the background music and the speaking voice together “so that it sounds pleasing.” Tess, Bo’s daughter, is already a pro at emailing, so she oversees email communications for Soulspace. Finally, Andressa, Jamie’s sister-in-law, has been handling both social media communications and digital artwork for the app.

“We have a different artwork each day for the meditation along with an inspirational screen statement,” Jim says.

“We have a small, very tight-knit team that’s really dedicated to the Lord and wants to create something beautiful and creative and have some meditation time that has a focus on God.”

Soulspace’s purpose is to draw listeners closer to Christ.

“Our main drive is to connect people to the love of Christ and help them experience peace through that connection,” Jamie says. “Our world right now is just so overwhelming. I think having a refuge or a place that they can run to, to reconnect easily, to reduce chaos and stress and anxiety is really powerful. Over time, we’ve kind of mocked that connection in some ways. Being able to reconnect quickly and easily in a busy schedule is powerful.

“Our main tagline is to anchor yourself to the love of God, and that’s really what we’re all about.”

Releasing Soulspace only a couple of months before the COVID-19 shutdowns started, the Chois could look at a dashboard and pinpoint in March 2020 increased usage nightly in New York City around 10 or 11 p.m.

“It was just lighting up because people there were having a hard time going to sleep from the very stressful or very intense day,” Jamie says. “It was so neat to see these people coming back night after night, to be able to help release that anxiety, release that tension, and to be able to get to a point where it was going to help them go to sleep. I can’t imagine what it was like living in the city at that point in time.”

Big plans are being made.

The team is looking at developing the “devotional Bible study side,” Jim says. It may end up as a hybrid of a meditation and audio format.

“A lot of people have asked if there are ways they can get deeper into studying the Word from the meditation,” Jim says.

“Another area that our heart is into as well is that a lot of millennials have been stepping away from the church, so it’d be really nice to message and reach those people to bring them back to Jesus.”

“All of our content is created by our team,” Jim points out. “Everything is original and focused.” Bo writes meditations while Corey and Jamie write original kids’ stories, for example, and Corey also writes original music.

“Simplicity is so important when you’re trying to create peace,” Jamie says.

Jim says that the team tries to “make sure the scripting is touching and reaches out to you in the right way at the right moment and that it really gets to the issues that you have every day.”