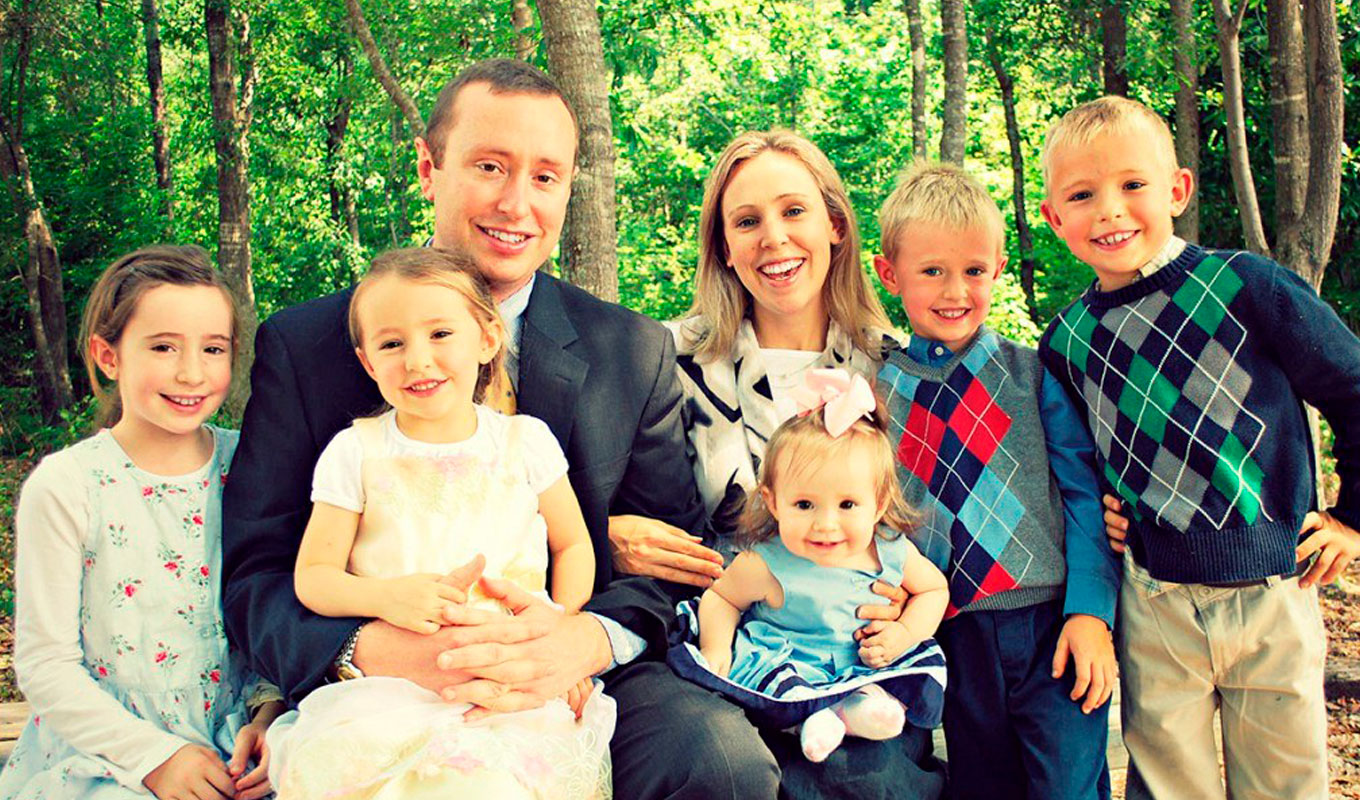 God’s providence has landed Chris King in all the right places—including Samaritan Ministries International’s Board of Directors.

The Lord has led Chris to:

The hand of Providence has been on Chris, his wife, Mercy, and their six children in other ways, too, such as when they and 30 other neighbors survived an F5 tornado in Alabama on April 27, 2011

“Obviously, I believe that God is sovereign over all things,” the Odenville, Alabama, resident says. “Not a hair of our head can fall apart from the will of God. He orchestrates and directs all things for His good purposes. Sometimes Providence can be hard, but ultimately God orchestrates those things for the good of His people, for those who love Him and are called according to His purposes” (Romans 8:28).

Knowing that God is directing things motivates Chris, who started on the SMI Board in 2013, to follow His design and plans.

“What inspires me is following after God’s calling at any given point in time and realizing that God’s calling can change in unexpected directions,” he says.

When he went into the military in 1999, for instance, Chris decided from the beginning that if God’s will was for him to leave the Air Force, he’d do it at any point—even though he never expected to.

“I really expected to be a 20-year military guy,” he says. “But lo and behold, God’s plans for me changed and led me in a different direction.”

Leaving the Air Force as a major in 2010, Chris moved the family to the Birmingham, Alabama, area because a congregation they thought was a good fit for them was located there. Once in Alabama, Chris and Mercy established an online retail business through which they sell organic produce locally as well as grain mills, air filters, water filters, and other products that they’ve found helpful. They still run it from their present home in Tennessee.

“We sell products we’ve enjoyed and that we heartily recommend,” Chris says. “We get the entire family involved as well as some other young men in our church.”

Chris credits Mercy for much of the success of 9G Health Foods.

“Mercy is the inspiration behind the business,” he says. “I manage the operation.”

One of the things Chris has more recently done is earn a law degree from Birmingham School of Law and start a legal firm.

“Providentially, the door was open to where I could take law classes in the evenings and on Saturdays,” he says.

Before getting his firm up and running, he spent a short time clerking for the Alabama Supreme Court, where he briefly met future fellow Samaritan Board member Ben Boyd.

Chris found success as a fighter pilot for 11 years in the Air Force, where he flew F-16 Vipers and flew and tested a variety of aircraft such as the A-10 Warthog. Although he never flew any combat missions, he did fly along the North Korean border during his year in that region and says it felt like a war zone. He also was stationed at various places around the world during his USAF tenure. Those experiences helped him by “meeting lots of people from all over the country, all over the world, visiting and worshipping with folks.”

One of those worship experiences was in Panmunjom, one of the Korean locations where soldiers from North and South Korea are in full view of each other across a thin border. The Kings had sought a service in their Reformed tradition and found one at an Army post near Panmunjom, driving two hours from south of Seoul to attend weekly.

“Several times we could look out and see North Koreans staring at us from across the border,” Chris says.

Chris and his family also survived an F5 tornado that roared through their town in April 2011.

In another example of God’s providence, the Kings got a call from one of their elders about a tornado brewing southwest of their Ashville, Alabama, home, where they lived at the time. After looking at the radar on the Internet, Chris decided his family needed to seek shelter. They joined several others in the half-basement of a fellow church member’s house. Chris and several other men on the home’s porch saw clouds at power-pole level swirling in different directions, then heard the classic freight-train sound, and decided it was time to seek shelter. Thirty-seven people hunkered down in closets and prayed as the tornado roared through. Over the next couple minutes, ears popped as air pressure rose and fell rapidly, Chris says, akin to what he had experienced as a pilot when a jet’s pressurization system would surge. One man had to strain to hold a door closed as leaves bizarrely blew over the threshold.

After the storm had passed, the families walked out to find the rest of the house gone.

“The two closets were the only things left,” Chris says. “Providentially, though, it was good that we were all there.”

A family down the street with 13 children was trapped under the rubble of their house. Chris and the other men who had been with the Kings ran the half mile down the road to help. The smallest children had gotten out, but the parents and older children were still trapped. Providence again played a role when the men found a jack the father had just bought that morning and left in the bed of his pickup truck after buying it on a whim. They used it and two others to lift heavy pieces of the house and free the family. Sadly, the family’s father didn’t survive.

“Even an F5 tornado was orchestrated by God for good,” Chris says. “We look at some of the drawbacks with it, but at the same time, we can also look back and see the many wonderful blessings that have come through it. Even Sherry (the wife of the man who died) can look at God’s providence and see how God truly was good even through the loss of her husband.”

Chris sees many of his experiences—in the military, in business, even helping out following a devastating tornado—as having prepared him to serve on Samaritan’s Board of Directors by teaching him how to be a good steward.

“As a Director for Samaritan, my job is to be a good steward for the resources that members and ultimately God has entrusted to us,” Chris says. “All the Board members are strong leaders.”