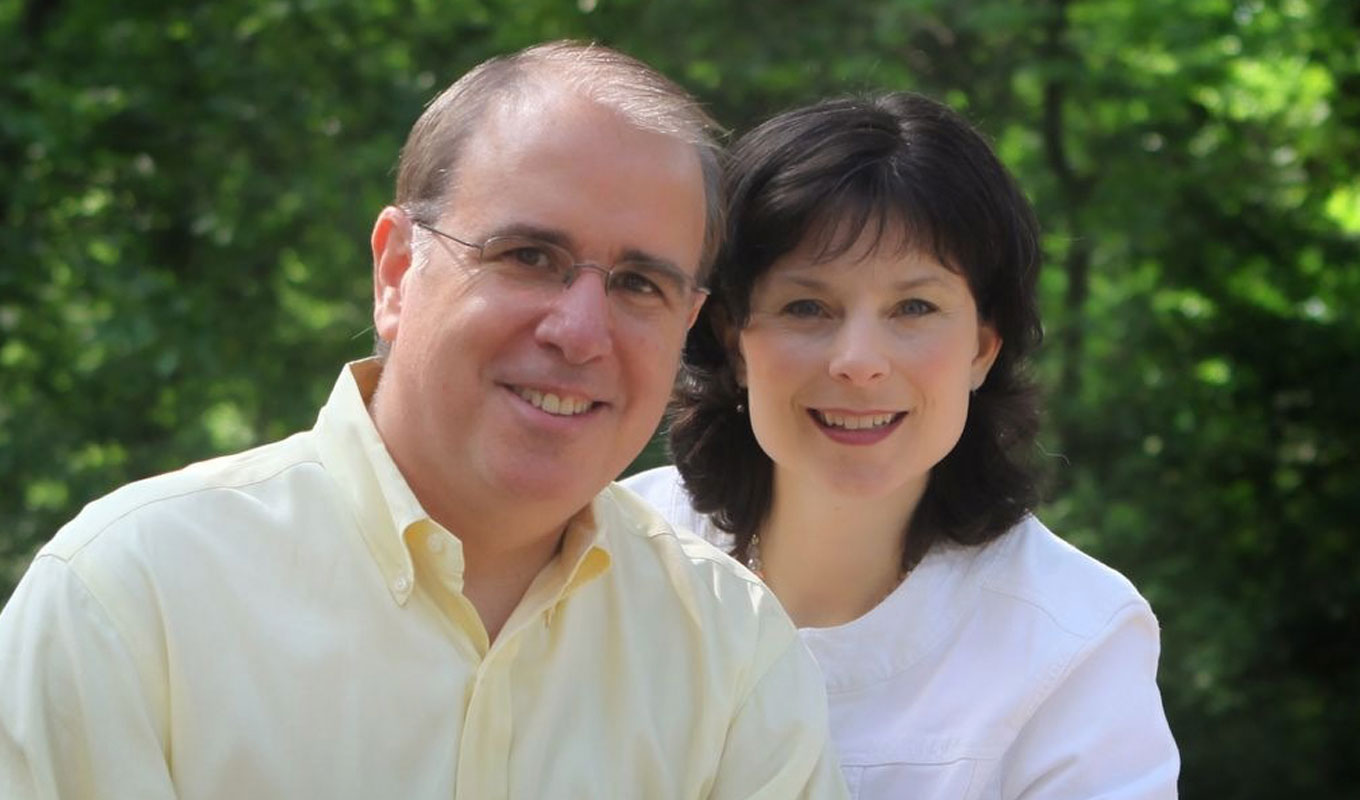 Chris and Anne Hogan were three months into their marriage and things were a little rough.

“My wife was a little disillusioned with me that we weren’t spending the same amount of time in prayer and devotions that she had been used to before we were married,” Chris says.

A couple who was mentoring them saw that they were “a bit at odds with each other,” as Chris describes it.

The couple taught the Hogans something that not only helped their nascent marriage, but led to an international ministry: how to bless one another.

“We began to do that, give a verbal blessing, one to another every day,” Chris says. “When we had children, we began to give them a blessing every day, too.

The vision they had created for their marriage before even walking down the aisle in September 1992 was beginning to take shape. “Noble plans,” from Isaiah 32:8 (“But he who is noble, plans noble things, and on noble things he stands”) were becoming concrete. On their tenth anniversary, they sat down together and wrote out those plans.

“Within a year’s time, a lot of those things began to happen,” Chris says.

The result is Noble Call Institute, a multifaceted ministry that includes coaching for marriages, individuals, and organizations as well as discipleship training.

The teachings and coaching approaches of Noble Call Institute built one upon another as the ministry grew.

For instance, a video teaching on blessing one another found an international audience through the Internet. Then another ministry leader asked Chris why Anne beamed at him the way she did in the video. Chris explained that he asked her questions when it was apparent she was struggling with something. The leader encouraged him to share those questions with others, and the Courageous Questions approach was created.

Once the ministry was started out of the Hogans’ home near Springfield, Illinois, conferences and curriculums were developed. “Zero to Hero” expands on the Courageous Conversation concept, teaching the right way to go about it. “Conversations weren’t working because people were combatting each other, using (the process) as a tool to beat each other up,” Chris says.

Then the “Relationship Matters” curriculum was created, because people wanted more guidance on how to maintain quality relationships after problems were dealt with through Courageous Conversations. The Hogans came up with:

The Hogans’ teachings have been helpful not only in churches and through coaching couples, but also in business settings. Once a Christian man has stable relationships in his personal life, he often wants to extend those principles into a corporate environment.

“My ideal client is a Christian business owner who doesn’t know how to make the Biblical applications in a secular environment,” Chris says. “The number one complaint worldwide of managers is they don’t resolve issues well in the workplace. People quit managers, not companies, because managers don’t handle issues well.”

The Hogans have taken their teachings not only into the boardroom, but into conferences and churches around the world.

“I have had the privilege of staying with people in over 25 nations now and I can see we all have the same core issues and questions that we are trying to resolve and find answers for,” Chris says. “Once people have answers to resolve health issues and to handle food, clothing, and shelter, they immediately want to discover how to build better relationships. It is true, the greatest commandments of loving God and loving others does resolve all the other issues in life.”