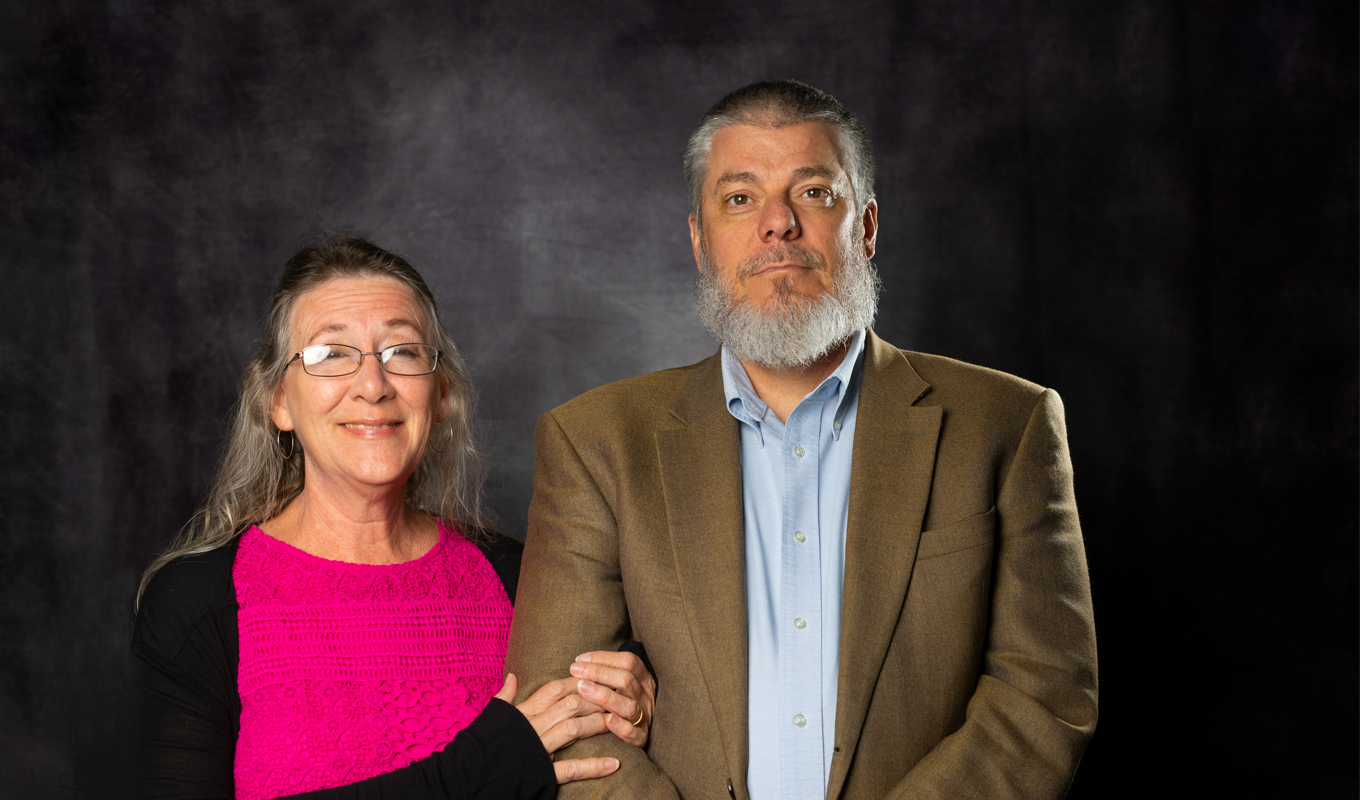 Bryan Evans worked at Samaritan Ministries for 17 years, ultimately serving as Vice President of Member Services, before leaving in 2017. Now he’s back with Samaritan in a different role—member of the Board of Directors.

Into the Church: The Lord drew Bryan into His Church about 35 years ago. The development of Bryan’s faith was a “very long process.”

“When Kim and I got married in 1987, we started looking for a church together,” he says. “I was a believer, but not faithful or consistent. As we started having kids, it became even more important. The idea of leading a wife and a family … you have to lead them somewhere, know where you’re going.”

‘Store opener’: Before landing as a staffer at Samaritan, Bryan worked at Monical’s, a Midwestern pizza chain, first in Pekin, Illinois, then in Champaign, Illinois, as an assistant manager. After that, he started serving as a “store opener.”

“I loved food service,” Bryan says. “There were lots of discipleship and mentoring opportunities there. We homeschooled, so I also appreciated the hours—working evenings and having the whole day with my family. It worked out pretty well.”

He left the restaurant business in 1999, leaving himself “woefully underemployed” as he worked at a gun shop and as a roofer, but applied to Samaritan in June 2000 after hearing about an opening. The Evans family had already joined the ministry that February but hadn’t realized the headquarters were in the Peoria area.

Bryan got the job.

Starting at Samaritan: His first task at Samaritan was to “clean up” a computer database of prospective members who had responded to ads placed by Samaritan. “It was interesting because I had never operated a computer up to that point,” Bryan says with a laugh.

He was the 14th hire for Samaritan, which had only started sharing Needs six years before. At that time, the entire staff could pile into Bryan’s 15-passenger van when it was time to go to lunch to celebrate a birthday or other occasion.

He enjoyed working at Samaritan from the start.

“We opened the Bible and tried to solve business problems. We also applied Biblical teaching to a health care system that had long ago abandoned its Christian roots."

“I appreciated the worldview,” he says. “We opened the Bible and tried to solve business problems. We also applied Biblical teaching to a health care system that had long ago abandoned its Christian roots.

“I also appreciated the amount of prayer we engaged in. I remember (fellow staffer and unofficial chaplain) DeWayne Arington would get on us for not spending enough time praying on the phone with members.”

“All of my kids, once they were old enough, volunteered at Samaritan,” Bryan says, adding that, ultimately, four of his sons also worked there. Three of his sons now work with Bryan at T.REX ARMS in Centerville, Tennessee.

“That’s another thing I appreciated about Samaritan in the early days, how family-friendly it was,” Bryan says. “Kids would come along with parents to work and do their schoolwork or volunteer around the office. There’s an early photo of (Samaritan Founder) Ted Pittenger and two of his kids licking stamps for mailings. Somebody finally told him about wet sponges,” he adds with a smile.

Two months after Bryan started at Samaritan, Kim gave birth to their fifth child, Levi. Her maternity, however, wasn’t eligible to be shared as a regular Need because she had been pregnant when the family joined Samaritan. The Evans family submitted it as a Special Prayer Need and soon “stacks” of letters were arriving at their home with contributions, ultimately totaling $7,500, from Samaritan members they likely will never meet this side of heaven. They received help from other sources, such as their church, as well.

In leadership: As part of the Samaritan leadership years later, Bryan says he appreciated the other leaders.

One of the things that has always impressed Bryan is that Samaritan tries to hire “a diversity of Christians.”

Experiencing the Body of Christ at Samaritan was “really good for me,” Bryan says. “Samaritan has always wanted the staff to represent the diversity of the membership. I appreciated getting the different perspectives.”

On to other things: Bryan left Samaritan when he felt the call to be a full-time pastor.

“I did that for three years,” Bryan says. “But in late 2020 and early 2021 the Lord called us to leave Illinois, our home for over 50 years, and move to middle Tennessee.”

When a job opportunity arose at T.REX ARMS, it was a natural fit for Bryan’s extensive management experience and other interests.

“I do a variety of things. I’m the vendor-relations guy, I oversee all the purchasing and receiving, and I also serve as an advisor to the owners and the officers.”

Saying yes: After Bryan left Samaritan in 2017, Founder and then-President Ted Pittenger approached him with the possibility of being one of Ted’s designated members of the Board of Directors. Samaritan’s bylaws allow for Ted to be a lifetime Board member and to appoint two of the Board’s nine members.

“It didn’t work out at that point,” Bryan says, but Ted renewed his request after long-time Board member Bill Kurth died in 2021.

“I thought the world of Bill and stepped into his former role,” Bryan says.

Samaritan Founder and Chairman of the Board Ted Pittenger says he asked Bryan to serve “because of his commitment to Jesus Christ and his institutional knowledge and experience with Samaritan Ministries.”

On the Board: After years of attending Board meetings as a Samaritan staffer, Bryan attended his first as a Board member in February.

Samaritan Founder and Chairman of the Board Ted Pittenger says he asked Bryan to serve “because of his commitment to Jesus Christ and his institutional knowledge and experience with Samaritan Ministries.”

“I still think the ministry is relevant, maybe more timely than it’s ever been,” Bryan says. “I’ve always loved the mission.”

He says the challenges Samaritan faces in the current political climate are “broad and deep.”

“Inflation and supply-chain issues are going to continue to be problematic,” Bryan says. “Some of those aren’t directly influencing health care, but they will eventually.

“There will always be the need for Christians to help one another whether in good times or bad times,” he continues. “Back in the early days, we always talked about teaching church systems ‘how to do Samaritan.’ I still have a heart for that, teaching local groups how to share like Samaritan does.”

Bryan also says he has been encouraged by Samaritan President and CEO Mark Zander’s dedication to having Samaritan operate like a ministry.

“We debated for many years whether Samaritan was a business or a ministry,” he says. “Mark came out loud and clear that Samaritan is a ministry.”

About Kim: “She keeps me going,” Bryan says of his wife of 34 years. “She truly is my helper. I would not be able to do what I do if she was not there to support me. She loves where we are, both the location and the stage of life. She is really enjoying having adult kids and grandkids, and living in a thriving church community.”

Michael Miller is editor of the Samaritan Ministries newsletter.