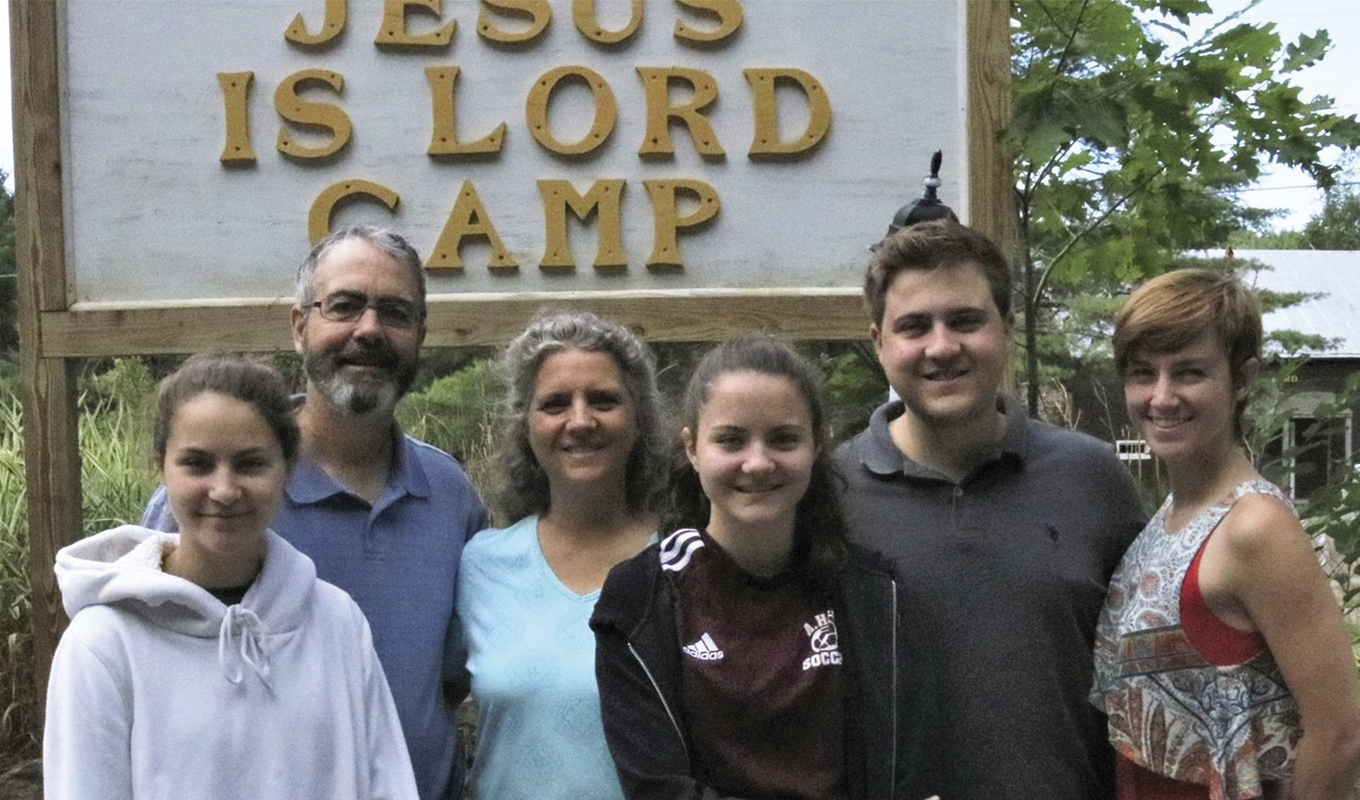 Brendan Riordan has gone from spending time in his grandmother’s inner-city backyard garden while he was growing up to serving as a consultant and teacher for those wishing to grow their own food.

He and his wife, Dawn, encourage Christians to work in community to share and stock their produce while sharing the Gospel.

What they do: A former staff pastor, Brendan now teaches and coaches prospective gardeners about growing their own food through Homestead Food Gardens. He offers consultation, design, installation, and coaching.

The Riordans also serve as missionaries to the American people through Modern Day Missions.

“It was normal to grow your own food from ancient Bible times in every culture and even in America until a few generations ago,” he says.

Now, he points out, we’re dependent on food supply lines from other states or even nations that can be interrupted by events like the COVID-19 pandemic—which did result in a meat shortage.

How they do it: Their consulting and teaching takes a variety of approaches.

For instance, Brendan and Dawn are teaching at Crisis Response International’s ARC School this fall in Virginia. CRI sends emergency relief supplies and personnel to disaster areas. The Riordans will teach staff and volunteers about Christian homesteading and evangelism.

“We’ll help them learn how to farm and have hands-on workshops there as well as teach on evangelism and role-play evangelistic encounters,” Brendan says.

Brendan also meets with customers virtually or in person “to discuss your food garden dreams.”

“I give customers hope by providing the what, where, and when of growing your own food,” he says. “I will clearly show you what can and cannot be done in your garden space. We review your past challenges and offer solutions to them. A written follow-up report is included in the garden consult.”

Brendan Riordan holds a cayenne pepper from one of his gardens. (Supplied photo)

“When we plant in the ground as opposed to a raised bed, we use woodchips for mulch,” Brendan says. “That helps a lot with watering and weeding. As the woodchips break down, it’s God’s way of making compost. Put a ton of woodchips on top of the soil, like 10 inches. It will create a whole army of fungi and bacteria. When it’s very deep, it holds the moisture, and then when it rains, it doesn’t get muddy. The only wood that’s bad is walnut.”

Brendan says that growing your own food “is one of the most cost-efficient endeavors you can achieve.”

“It’s the miracle of the seed, costing only cents per seed and producing dollars’ worth of food per plant,” he says.

“An in-ground food garden can be started for less than $100 including seeds, fertilizer, ground cover, and a watering system. You can buy shovels and other garden tools at a garage sale.”

How it started: Brendan first noticed the beauty of God’s natural bounty in, of all places, Jersey City, New Jersey. When he was a child, Brendan wasn’t allowed to go out and play in the rough neighborhood his grandmother lived in, so “I was kind of locked in the garden.”

“I observed the genius of God in creation,” Brendan says. “I noticed how things grew from seed to harvest—truly miraculous.”

As an adult and before becoming a pastor in Garfield, New Jersey, he became a landscaper and installed gardens, “mainly flower gardens.” Even after going on staff at his church as a pastor, he kept his fingers in the dirt. When the church moved, so did the Riordans. Brendan resigned as a staff pastor, and he and Dawn saw their chance to move to the country and start a small farm. They bought the Jesus Is Lord Family Campground near Lake George, New York, where they had occasionally stayed in the past.

“There was an open field that I converted into a farm,” Brendan says.

Their campground farm was mainly vegetables, with some chickens on the property as well. The surplus was enough that the Riordans started a roadside produce stand, selling some veggies to local restaurants and donating some to local food pantries.

Brendan would hold church services for the campers during the summer but also developed a farm/homestead experience. Visitors would stay in the cabins and learn about gardening, and, during harvest time, Dawn would teach campers how to preserve the bounty.

We’re like a tag team. He teaches how to grow food and I teach what you do with your harvest.

“We’re like a tag team,” Dawn says. “He teaches how to grow food and I teach what you do with your harvest. There are several different methods of preserving, like canning, dehydration, freezing, tincturing, or making infusions.”

Christian homesteading: Although Brendan calls their move to North Carolina to be close to their children a form of “semiretirement,” the Riordans are still busy spreading the Gospel and teaching people how to grow their own food. Besides building raised-bed boxes, Brendan also holds “food security” webinars and serves as a gardening consultant.

But it’s not just a business.

“I believe in Christian homesteading,” Brendan says. “I believe a good way for Christians to build community is to have co-op homesteads where they each grow something and share it in their own region. It’s almost like a throwback to the book of Acts, like an Acts 2 sustainable-living community.”

He points out that the first year for the Plymouth pilgrims was disastrous, with people starving because “they expected everyone to just do their job.”

“Some people weren’t pulling their load,” he says. “When Governor William Bradford changed the community model from socialism to capitalism at Plymouth, things changed for the better. Each farm could do whatever they wanted to do and have freedom, and that year they succeeded because they could buy, sell, or trade as they wanted and make their own profit.”

He sees that as a good homestead community model with everybody owning their own property and then having a co-op with other Christian neighbors to grow food and share it or trade it with one another.

“The thing is to have your local church involved or begin a church in the midst of the homestead community,” he adds. “Community members can do outreach and bring back new converts to the local church and then equip and disciple them once they come (Matthew 28:19).”

Prayer for the Riordans:

Michael Miller is a Senior Communications Specialist at Samaritan Ministries.

The Riordans say Samaritan has "been a blessing" for their health care.