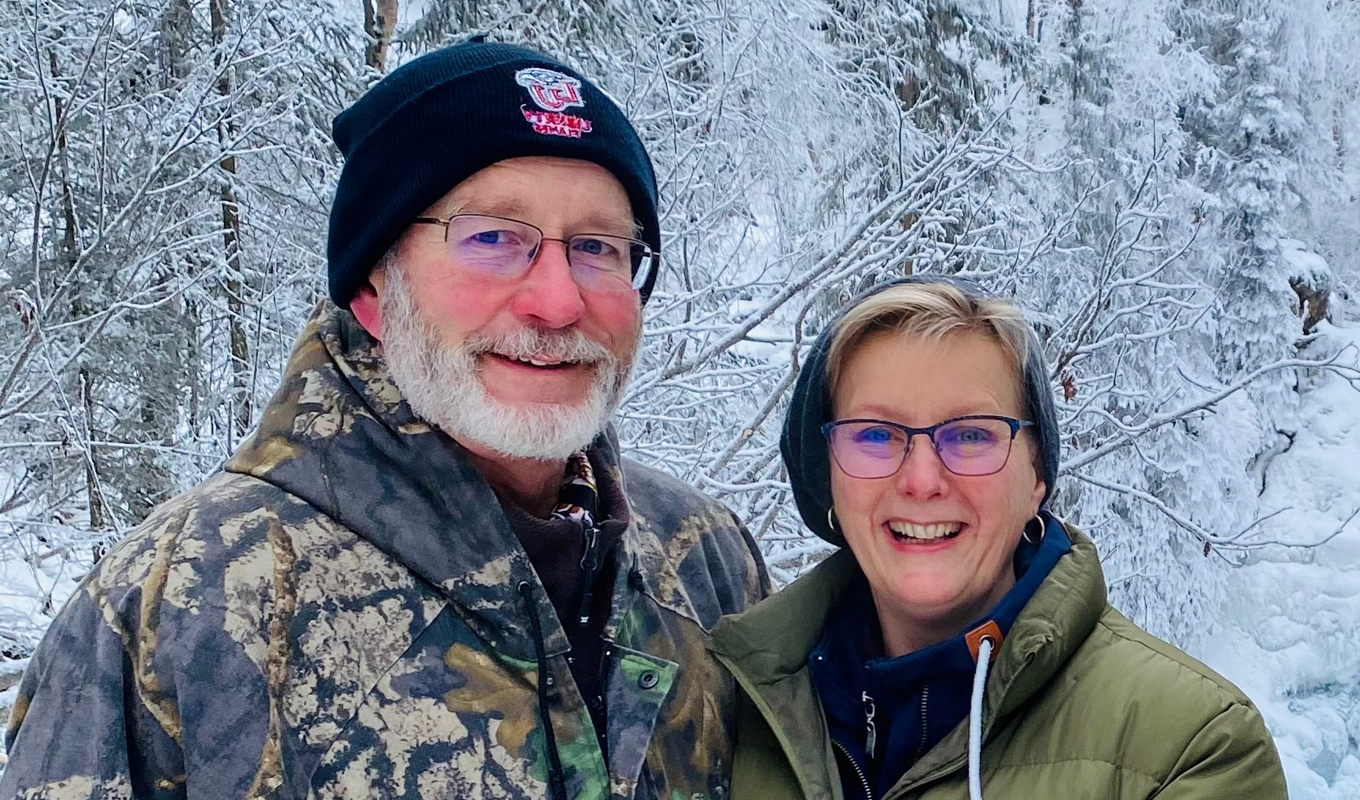 The Caudles are directors of the Homestead, a Cadence International hospitality house located near Joint Base Elmendorf-Richardson, a combination of Air Force and Army operations in Anchorage. The Caudles’ house is one of 40-plus in non-conflict countries around the world, all of which are located close to military bases to provide much-needed Christian community. Hospitality houses give military men and women and their families a place to connect, find family-like support, and grow in their faith—or, for some, come to faith.

Bob and Stephanie use their home for Bible studies and one-on-one mentorship. When things are normal, groups total 50 to 60 people a couple times a week, whether it’s a Friday night or Saturday activity, or lunch on Sundays.

“We try to bring people who are hurting into a Christ-centered community,” Bob says.

The challenges of military life are what drew Bob and Stephanie to this ministry, and Cadence is in a unique position to reach these young adults.

Over the years, Bob and Stephanie have met people from many different backgrounds, from those exploring Christianity and questioning the existence of God to those who have grown up in the faith. The one constant that unites all of the individuals they encounter is a need for family and community. The needs often stem from homesickness, failing marriages, thoughts of suicide, and other emotional struggles brought about by the high-stress life of the military.

“They’re hungry,” Bob says. “They know what it is to commit. Military life creates significant need and much more potential for ministry to address those needs. There is opportunity for significant growth, and with that many find themselves called to join God in building His Kingdom working within the military and continue when they get out or retire in their early 40s. They’ve already committed their lives in a way because they signed that (military) contract with the United States government.”

This is the first tour of duty for many at the base, and not long into it they realize going home is not an option, that this isn’t just a job, and that they are not their own any more, they are owned.

“They’re far away from home trying to figure out how to live life as an adult and in a strange place,” Stephanie says.

Bob adds, “Many of them are 18-year-olds that have been thrust into very highly responsible positions with multimillion-dollar pieces of equipment.”

Beyond that, there are many young married couples whose marriages are being tried and tested. Within the first five years of marriage, many military couples have spent half of that time apart, with one or both having been deployed.

“Because of the stresses involved, it’s a tough world,” Stephanie says. “You get married, move away from family, and your spouse is deployed for a year.”

Added to the challenges of military life are the extremes of Alaska where, right now, residents are experiencing the dark season. At the peak of the season, Alaska experiences only four hours of daylight every day. Bob and Stephanie try to meet the day-to-day needs of these young adults by encouraging them with common sense things like taking vitamin D to help guard against depression, a natural side effect of the darkness experienced in the Alaskan winter.

It’s all about “teaching people that God cares about the whole person,” Stephanie says. “He created Alaska, and Alaska is amazing.”

Some of the troops stationed there come from warmer states and don’t know how to handle the extremes of Alaska, but that’s where the Caudles come in. They take them sledding, for solstice hikes, skiing, and other winter activities. In December, Bob led a men’s Outdoor Adventure Competition on a 14-degree day, and the guys came out for knife and axe throwing and archery.

“We had 20 of them show up in those kinds of conditions, standing outside all day in the snow and the cold,” Bob says. “They’re just lonely and want to be together.”

“The thing that’s attractive about Cadence is that every house looks different,” Stephanie says. “That creates some wonderful dynamics in that each set of house directors gets to mold the ministry to their gifts and talents. What stays the same in every house is hospitality and Jesus.”

Cadence “grew up” during the same time as the Navigators and has a shared philosophy of life-on-life ministry. That is, “people grow as you interact with their real life,” Stephanie says.

Life-on-life is not limited to Bible study. The Caudles help with everyday chores such as buying a car and teaching how to change the car’s oil. If Bob is in the middle of a building project at the house, he’ll invite the guys over to teach them things like drywalling and plumbing, which often presents opportunities to talk and share Jesus with them.

But the Caudles can’t do it alone. A ministry team of young military members, chaplains and older couples help fill in the gaps. Much of the ministering is done within the group as people make connections to one another in informal settings.

“They can really love on each other and be part of a community like a family,” Bob says. You can bring them into a family, a home away from home, that gives them a place for security and spiritual mentoring that they wouldn’t get through just being on their own with their unit, and that is often not a wholesome community.”

Working with base chaplains.

Cadence has a unique ministry on the base. Since 1954, Cadence has worked to be an extension of the military chapel.

“We’re not trying to build a church,” Stephanie says. “We’re faith-based but not connected to any one denomination. As long as we can get on base, the chapel becomes our home.”

They try to serve at the chapel services through ushering, nursery, or running sound.

“Our goal is to be at chapel and connect with  people to begin building relationships and invite them into Christ-centered community,” Stephanie says. “With chaplains often being responsible for as many as a thousand  troops, counseling is a top priority for them, and they often don’t have the time to develop community outside of the chapel services or their counseling times. This is one reason why our partnership can be helpful.”

How you can pray for the Caudles.

Kathryn Nielson is a Communications Specialist at Samaritan Ministries.