Marriage education instead of sex education 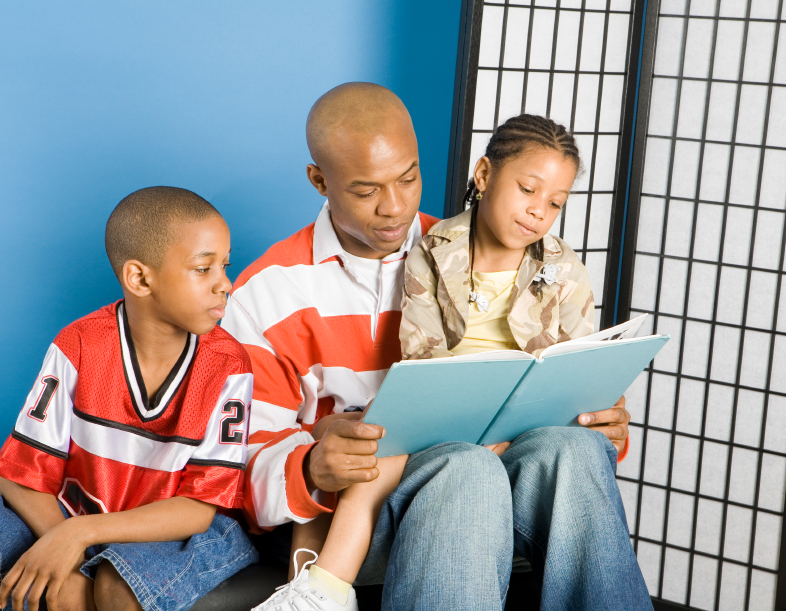 In a previous post, I recounted the beginnings of sex education in Western nations, starting in 1919 with the radical Béla Kun regime in Hungary, where the Deputy Commissar for Culture, György Lukács, attempted to wrench the teaching of sexual matters out of the hands of parents and into the hands of the state by introducing compulsory sex education in schools throughout the country.

I also pointed out that the very term “sex education” separates sexual intercourse from the Biblical institution of marriage, sowing in the minds of students the idea that it can, and perhaps even should, take place in any configuration they can think of. In its place, I argued, we ought to think in terms of “marriage education.”

I finally asked where the responsibility for teaching these things to children lies, and concluded that it is a responsibility of the parents and should not be done by the state.

“That’s all very well and good,” you might say, “but how in the world do you suppose I should teach my children something which—frankly—I’m embarrassed to talk about with them?”

Before answering that, I want to give an important caveat—I have six children from ages 11 down to 1. I am writing as someone who is in the middle of working through these issues, and I am in no way suggesting that I have found all the answers. I would really welcome and encourage feedback on the Samaritan Ministries blog, not only because I think this is a neglected area of Christian discipleship, but also because I’m interested in hearing the thoughts and practices of others. So, please do log on and comment, critique, and discuss in the interest of healthy dialogue.

This month I want to make three basic points:

Let’s start with the notion of “healthy dialogue.” I have been a Christian for about 12 years, and one thing I have often noticed among my brothers and sisters in Christ is what you might call an unwillingness to “talk about stuff.” One of the places this is seen most clearly is in the home. On numerous occasions I’ve heard people saying things like, “She could never really discuss that sort of thing with her parents,” or “They don’t really talk about things like that in their family.” 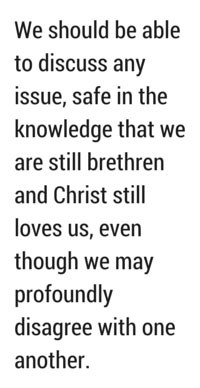 Where does this attitude come from? I don’t think it’s Biblical. Yes, we are many times admonished to guard our tongues. Yes, there are certain things which are “out of bounds,” such as “filthiness nor foolish talk nor crude joking” (Ephesians 5:4). But other than that, there are no subjects that we need to avoid. We are allowed to discuss, and we are allowed to disagree. In fact, we should be able to discuss any issue, safe in the knowledge that we are still brethren and Christ still loves us, even though we may profoundly disagree with one another.

Being people of the Word, Christians more than anyone else should understand this and therefore ought to be able to talk about anything and everything—Paul’s boundaries excepted. The same goes for our children. Yes, there are age-appropriate boundaries to subjects, but as our children are growing up in our household, they need to know that there is nothing they can’t talk to us about. Whether they are everyday things, questions about the faith, struggles they are having—whatever—we need to converse with them. It is through cultivating an environment where you properly converse that both you and they can feel confident to discuss sexual matters without fear or embarrassment.

Think of it like this. Suppose you had a boss at work who never talks to you. He passes orders down to you by proxy, but he has never bothered to cultivate a relationship. Then one day there is a situation where he has no choice but to talk to you about a delicate matter. How easy do you suppose that will be both for him and for you? Such a situation is bound to feel awkward, and both of you will wish to be “out of there” as soon as possible. How much easier would it be for both of you if he had taken the time and effort to build a good relationship and rapport?

And indeed it is glorious. It is the foundation for all society; it is the promise of children; it is the place where the closest human intimacy occurs; it is one of the main places where we learn to give and to forgive; it is where we learn that selfishness, if not destroyed, will kill our marriage. If we are teaching these things by both word and action, we are not going to find it embarrassing to teach on sexual matters.

In fact, if we have been teaching our children what marriage is, why it exists, and why it is so important, speaking to them about sexual matters will not be an embarrassment, but will be the exact opposite. Sexual intercourse is a gift from God, and in many ways represents the apex of the marriage covenant. If we have glorified that marriage covenant in the eyes of our children, we will be thrilled rather than embarrassed to talk to them about it, when the appropriate time comes.

But when is that appropriate time? My final point is that conversations on sexual matters will, if we have been open with our children and if we have sought to beautify marriage, arise as a matter of course and we will instinctively know when they are ready.

In the past, many parents have dreaded having “the talk” with their children, and it may well have been the fear and the dread of this that led to the responsibility being passed on to paid strangers in the schools. But “the talk” is a mistaken way of thinking about it. If we have to have “the talk,” it may indicate that our communication with our children has been inadequate.

By laying the groundwork—talking to our children about anything and everything, and promoting marriage to them through our words and actions—then it is pretty certain that at some stage they are going to approach us and ask questions. At that point we can simply talk to them quite naturally. They trust us, because we have been open with them. They already understand the proper context for sexual relations, because we have taught them about the goodness and glory of marriage. And so we are ready to answer their questions when they come.

Of course, we need to be wise in knowing how much to say at what age. I recently had to answer this type of question from my 8-year-old daughter. I consider her to be too young to know or even need to know many of the details, but I also consider putting her off with a “You’re too young for that” response to be as likely to produce defensiveness and less trust between us. So I gave her as much as I thought she was ready for, explaining that she will learn more as she grows up. As nearly as I could tell, she went on her way secure and happy: secure in the knowledge that I hadn’t put her off, and happy that I had told her as much as her age would allow.

With the sexual free-for-all that is occurring in modern society, partly thanks to the radical ideas of the heirs of György Lukács, it is really crucial that we take responsibility for teaching our children about sexual intercourse, with wisdom and tact, in the context of marriage. Let me encourage any parent reading this to do just that.