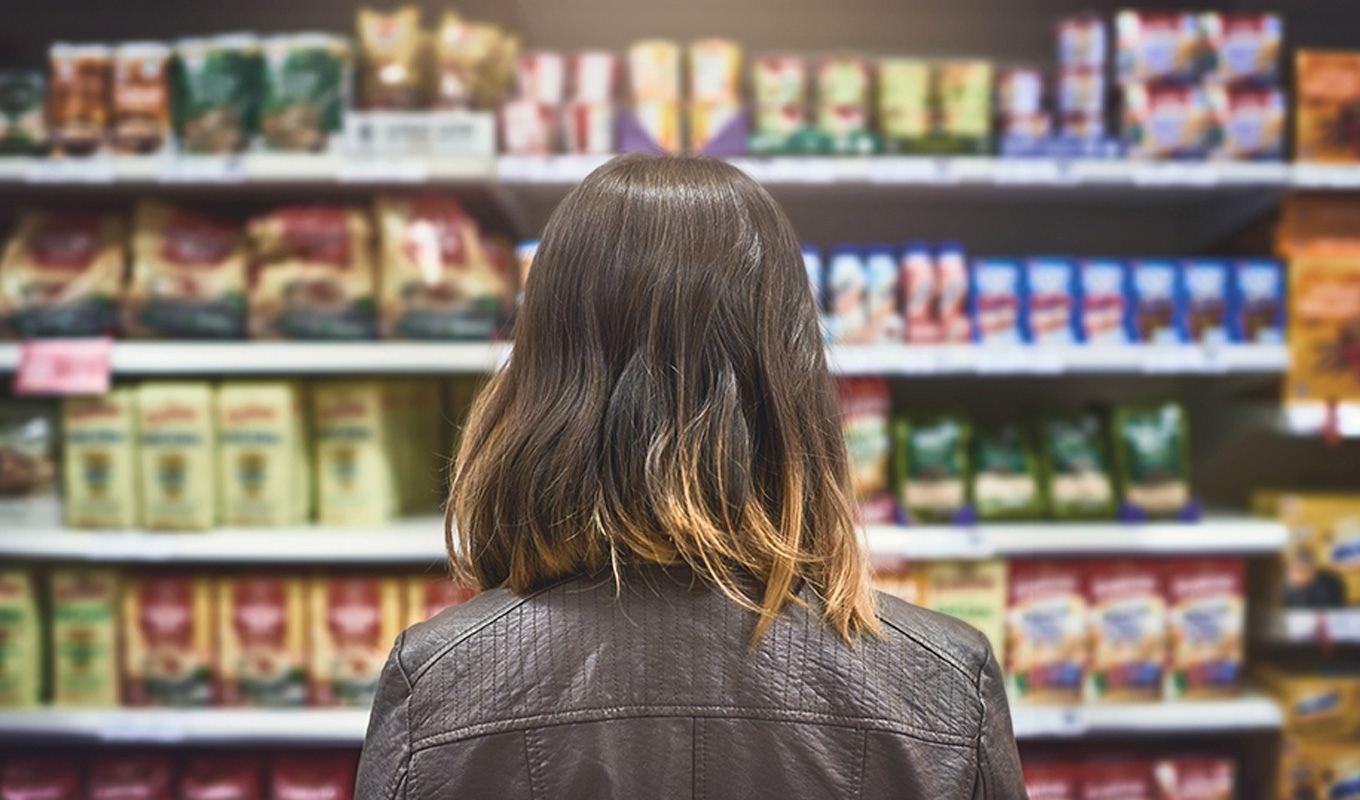 Imagine if you purchased food like most Americans obtained healthcare.

No, I really want you to try to envision it…

I am a family physician whose father worked in a grocery store and I enjoy eating at Mexican restaurants immensely, so maybe I can help:

You enter the grocery store parking lot at 4:15p, having taken off work early because this particular store closes at 5:00p. This FoodMart wasn’t your personal preference based on quality, service, amenities, or price. You choose it, like all of your previous food choices, because it was included in your new food management plan’s network.

Thankfully, your new Green Cross Green Shield (GCGS) Bronze-Select food plan is a benefit provided by your new employer. There is some payroll deduction stuff that you don’t quite understand yet. Most of the plan’s $680 monthly premium is hidden from you and drastically reduces your wages. Still, you are happy that your food plan costs only (as far as you know) $123 per paycheck.

Despite not being particularly pleased with any of your previous food plans, you always try to take full advantage of the tax-preferred option of buying groceries and eating out as the plan allows. After all, you and most Americans haven’t known a different way of eating in your lifetimes. This is how you have purchased food since your parents’ employer’s food plan stopped covering you at age 26.

FoodMart’s entrance is not easy to find, but you finally make your way into the store. You are first greeted by a few women sitting behind a glass-enclosed desk. By greeted, I mean they ask you for your photo id, food plan card, and hand you a clipboard with a stack of forms to complete. The lobby is crowded, but you manage to find a seat amongst the sea of impatient shoppers.

You have completed these types of forms dozens of times previously but dutifully do so again. (You still prefer 2% milk, don’t like more than four vegetables, and your peanut allergy is unchanged.) Forms completed, you check back in with the receptionist. After 20 minutes of waiting, she assigns you a cart and you start to shop with your list in hand.

Worried that you won’t be able to afford everything on your list, you cross off any special items and opt only for the basics. As you scurry up and down the aisles, you see there are no prices listed on anything, nor labels telling you what is a Bronze-Select item. You suspect the delicatessen with your favorite cheeses is off limits because of the large “included with UnitedFood Platinum-Plus” sign above it but with no mention of Green Cross Green Shield. Remembering that eggs are included as a “free” GCGS wellness benefit you get 3 dozen of those—even though you don’t really need any right now.

During check-out, the cashier rings up the items and asks you for a $30 copay. You are given a 6-page receipt with indecipherable codes and then asked to sign a few other forms because some of your items will be billed to you later.

<p>You always try to take full advantage of the tax-preferred option of buying groceries and eating out as the plan allows.</p>

As you drive home, you remember that your monthly food deductible is $250 and you hope that the balance of the bill isn’t overly expensive. (Several months in the future you get a bill for $276 from FoodMart. Although vaguely suspicous that you’ve been taken advantage of somehow, you are happy that you got a big discount on your $18 box of Tasty Flakes cereal and have now reached your deductible.)

Overall, your experience with FoodMart was confusing, but you remain thankful that you have access to food through your GCGS plan. Some of your self-employed friends are much worse off.

The next day, in the mood for tamales, you decide to treat yourself to a Mexican restaurant nearby that you’ve heard is great. (The last time you attempted homemade tamales it was a disaster, so you leave this to professionals from now on.)

Upon arrival, you are saddened to learn that Lola’s Cocina is not part of your GCGS plan. You decide to go down the street to Burrito King which prominently displays “Proud to accept GCGS Bronze-Select members” in its window. They don’t serve tamales but you are determined to stay in-network for lunch.

After waiting a while to be seated, the waiter takes your order. He seems distracted and you hope he heard the order correctly. Eventually, a lukewarm burrito arrives at your table. You rush to finish it so you can get back to work on time.

Upon checkout, you present the waiter your GCGS card, and you are asked to pay a $10 copay. (The billing statement weeks later reveals that the “plan discount” did reduce the initial charge from $64 to $37 and that GCGS paid Burrito King another $27 a few months later which got applied to your deductible.) You question how a simple burrito can cost $37, but nobody, including the majority of food policy experts, knows exactly why.

Given the escalating prices and dysfunction of the food industry in recent decades, everyone has their favorite boogeyman to blame for these high costs: Bob (the burrito shop owner), food management companies, Big Tortilla, technology, various political parties, government inaction, and, of course, the fact that profiting from food is legal. (Although many burrito makers and food management companies are designated as “not for profit.”)

But it’s actually quite logical:

Burrito King, a small restaurant, employs 4 cashiers out front and 7 people in their business office in addition to the usual staff to cook and serve food. Their head chef, Bob, spends much of his time completing forms to justify why the Deluxe burrito you ordered included black beans instead of the standard pinto; he is “burned out” and ready to quit altogether. All of these hoops drastically increase the difficulty and costs of business, necessitating higher revenues and prices.

And Burrito King didn’t bill you or your plan $64 because they are greedy. They contract with dozens of different food plans that have different contracted rates for each item determined annually by contract. To simplify their billing, they must choose a universal “chargemaster” rate that is many magnitudes above what any food plan has agreed to pay them. Nobody (except for people without a food plan) will ever actually pay the chargemaster rate.

You might ask, “If Green Cross Green Shield is paying the bills, why don’t they reign in the cost of Tasty Flakes and burritos?” Well, they actually make more money when food prices are high.

Regardless of your favorite scapegoat, most people can agree that having a good food management plan has become increasingly important. It is technically possible to buy a food plan on the private market, but the vast majority of people take whatever their employer offers. The government bestowed a big tax break on employer-purchased food plans a few generations ago.

However, now even employers are struggling to absorb the inflation of food plan premiums. They have started to shift more of these costs to employees, increasing both your payroll deduction each month and your out-of-pocket costs every time you actually need to eat. Gone are the days of good food plans with $5 copays and $50 deductibles.

If you are wondering why the federal government hasn’t intervened to fix this…they have, repeatedly.

<p>This dystopia won’t be easy to fix. But, don’t despair; there is a sliver of hope.</p>

A couple generations ago, federal and state governments created a myriad of food management programs for various vulnerable populations, including the elderly and poor. These food management plans function much like private plans (usually administered by the same companies) and are the largest purchasers of food in the nation. But, their budgets have swelled to unsustainable levels. To fix this, the government has cut rates paid to food suppliers. In reaction, many food stores and restaurants are opting out of  these programs altogether; greatly limiting the choices of where poor and elderly Americans can purchase food or eat.

A few decades ago, Congress granted the private American Food Association (AFA), an already powerful, private organization of food suppliers, the authority to set the relative value (price paid) of each food item through a complex coding system. The AFA committee that determines pricing for federal programs has widespread impact, and most private food plans follow the same formulas. Predictably, the AFA value committee has become a source of cronyism that favors certain players in the food industry.

Despite decades of government interventions, many have still struggled to afford food. So, several years ago, Congress passed the Affordable Sustenance Act (a.k.a. ASA, or “Obamafood”). The goals of this plan were numerous, but the main gist was to expand programs for low-income people, subsidize private food plans (moderate income people on Food.gov), and create a legal mandate for all Americans to purchase a “qualified” food plan. After a few years of national political disputes, including whether free-range pork should be a standard food plan benefit, the ASA’s mandates were eventually imposed.

The ASA has increased the number of people with food plans (from 86% to 92%), but hasn’t much alternated the trajectory of escalating food costs. Our national spending on food now stands at nearly 20% of GDP and those without subsidies continue to be burdened by high costs.

Not surprisingly, Green Cross Green Shield and other private food management companies, being middlemen for most of the money Americans spend on food, have continued to make healthy profits regardless.

You are probably thinking: “This is stupid. Nobody would stand for this. I’ll just go back to using Costco, CSAs, WholeFoods, or Blue Apron for my groceries. OpenTable and UberEats will allow me to seamlessly order food from my favorite restaurants”  I’m sorry to inform you that those companies, services, and technologies do not exist in a world where we purchase food like this. The growing power of food plans and government has had a profound impact on the grocery store and restaurant industries. Food vendors’ operations are entirely geared around servicing intermediaries, not their customers. Innovation to improve quality and reduce costs is decades behind other industries. Food suppliers of all types have consolidated and large food conglomerates, such as McWalbees, have thrived.

Politicians, regardless of their ideology and grandstanding, are lobbied heavily by a swamp of power players to preserve the status quo. Understandably, most Americans are fed up with all of this and increasing number now believe that the only solution is a national, federally-administered “single food plan.”

This dystopia won’t be easy to fix. But, don’t despair; there is a sliver of hope.

This article is reprinted from Libertarianism.org.

Dr. Ryan Neuhofel is a family physician in Lawrence, Kansas. He founded one of the nation’s first Direct Primary Care practices in 2011 and is president of the DPC Alliance.