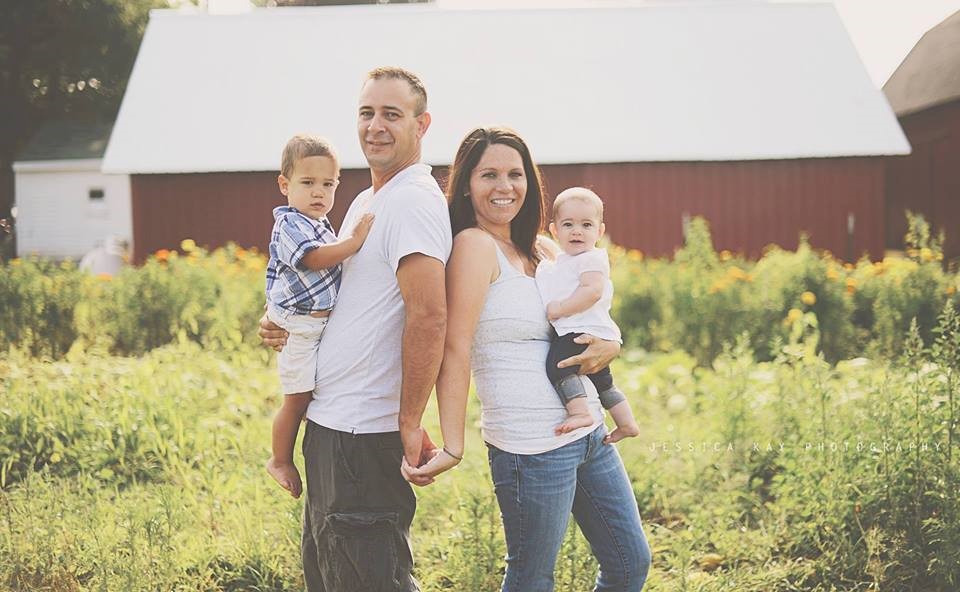 By Joel and Anna Troyer

When our first child, Landry, was born on January 8, 2013, we knew God had a purpose for him. What we didn’t know was what that purpose was. I guess in many ways we are still learning that. We are sure though, that Landry’s testimony is already making a difference in the lives of other children from coast to coast.

Landry developed normally his first 15 months or so. Crawling and walking at 10 months and learning to talk, even using language, and he knew all the animal sounds and could point to them. He loved being read to and he loved cuddling and dancing. He was always crazy about going outside and playing, and he was full of energy and life.

However, at some point, he started regressing. He stopped developing new language and he didn’t seem as energetic. He would get sick easily and he developed rashes, especially on his cheeks. Anna and I would talk of it often at night and wonder if there was anything wrong, but other more experienced parents would assure us he was fine.

Then in November 2015 Landry started developing severe “STIMS” (or self-stimulatory behavior). He could no longer use eating utensils, he chewed on everything including himself, he banged his head into furniture, he rocked obsessively, he paced in a circle for up to 45 minutes at time, he was having mini-seizures, he had tactile defensiveness, he couldn’t be read to, he waved his arms and flapped his hands, he lost eye contact, he wouldn’t respond to his name being called and he couldn’t play with toys properly. He would line up cars and blocks and he ate with his hands, even when he was fed yogurt and apple sauce. (See the Troyers’ video testimony.)

You can imagine our fears and concerns as parents. All signs pointed to autism. We took him to an audiologist and he confirmed his hearing was fine. We took him to our pediatrician and he ordered a STAT CT scan to check for a brain tumor and that came back negative. From that point, all help and answers stopped. Nobody had anything to offer. We were basically out in the cold with nothing but a partial diagnosis from a child psychologist who said “He’s on the spectrum,” and our county stating the same. 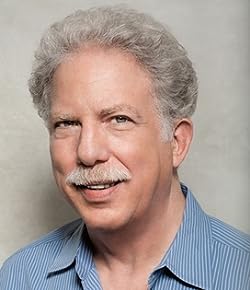 Out of frustration, my wife entered a Google search of “If it’s not autism, what is it?” Up popped Dr. Michael Goldberg and the NIDS website, or Neuro-Immune Dysfunction Syndrome. We immediately called his office in Los Angeles and talked to the receptionist. She said Landry definitely had immune issues going on and she would mail us a packet. She said her waiting list at that point stretched out to the end of February and into March as they have clients from around the world. In the meantime, we ordered his book, The Myth of Autism, and started learning how children around the world are being put on the autistic spectrum, simply because their pediatrician and the “experts” don’t know what else to call what is happening to their little bodies.  Our discoveries and education on this subject led us to one fact: an epidemic like we are seeing with autism can never be developmental or genetic. It can only be caused by a disease process. This fact gave us hope for Landry.

We waited for what seemed like forever, into mid-December, to get that packet filled out along with all of Landry’s medical history. Once it was completed and we had the records, it was time to send it in. I prayed over the package I was about to overnight, that God would open a door so we could see the doctor before March. Two days after mailing the package, the phone rang. Dr. Goldberg had an unexpected opening for January 5. We immediately booked flights and prepared. We ran a food sensitivity panel on him as well as a series of extensive lab work to see what was going on behind the scenes in his little body.

Our meeting with Dr. Goldberg in Los Angeles was long and informative. He was thorough and he was patient. He had studied Landry in depth. He had a plan of attack and it involved medication and diet change.

We started the new protocol upon returning home to Michigan, and the results were amazing. His diet consisted of removing all allergens including dairy, whole grains, and nuts. It’s much more extensive than that, but those are the basics. We also started an anti-viral medication to deal with whatever was attacking his immune system and also an anti-fungal because Landry’s immune system wasn’t capable of keeping his body’s yeast in check.

Nearly all of the stimming behavior stopped. Landry became engaged and started making eye contact again. He looked at us, he wanted to play with us, and he wanted to be near us again. On a warmer day in January, he ran outside and went down the slide over and over again, something he hadn’t done in over a year. He stopped pacing and chewing, and we could read books to him again. He started looking at us when we called his name and, instead of the sounds “ticka ticka ticka” and “deeee deeee,”  he was trying to form words again.

One of the most amazing things I saw was when he voluntarily picked up a spoon after only four days of the protocol and began eating his dairy free yogurt … without a mess.  Landry was recovering, and Landry was gaining the ability to develop and learn again.

Landry missed nearly two years of crucial development due to his illness, so he’s still got a long way to go. He is basically a 13- to 14-month-old with his communication skills right now. We’ve just found a great speech pathologist who we can tell is going to make a significant difference, and he may have to do some occupational therapy as well. We are also going to use a physical therapy called MNRI in the near future, which is expensive, but we are believing the results will be amazing for him.

Landry has become a little boy again. His body is healing, and the dark circles and pale skin has all but disappeared. Through prayer and through God’s perfect timing, we believe Landry is on the road to recovery. We don’t know what the future holds for him, but we know that God has a plan. The meaning of Landry’s name comes from Luke 3:5: “Every valley shall be filled, and every mountain and hill shall be made low, and the crooked will become straight, and the rough paths made smooth.”

We have claimed that verse over and over for him. And not just for him, but for other kids and parents who are going through this.

I will end with this: None of this could have been possible without Samaritan Ministries. None of it. You have been there for us, prayed with us, prayed over Landry and, though they didn’t know it, when this started, two of your representatives prophesied over Landry. Both of them talked about the crooked becoming straight and the rough paths becoming smooth in their prayers. I cried like a baby when I was finished with those calls.

You have met our most important needs every time, but most of all, you have loved our son and our family. Though you’ve never laid eyes on him, you have been a rock for him. So thank you for all you have done. Thank you for coming into our lives and for not questioning our decisions as parents to get the best possible care for our son. I can’t thank you enough for all you’ve done and are continuing to do.

May God bless Samaritan Ministries in all you do.