Editor’s Note: This article is adapted from a talk given to Samaritan Ministries staff after Bryan’s recent trip to the Morning Center in Memphis.

In addition to my work as vice president of Member Services at Samaritan Ministries, I also have had the privilege of serving on the Board of Directors of the Morning Center since its inception. 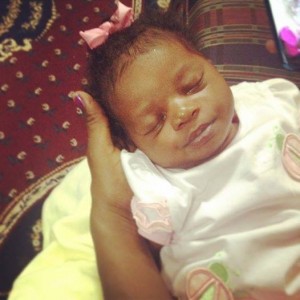 The current Morning Center began with a vision of ministering to under-served, expectant mothers in poor neighborhoods across the nation. James Lansberry, Samaritan executive vice president and Morning Center founder, who was the first to articulate this vision said, ”We need to put a free, gospel-centered maternity clinic next to every abortion mill in the United States.”

That was our vision when we began, and our expectations were high. But as we began raising funds and personnel, seeking communities that most needed this ministry, we had to scale back our expectations significantly. After much prayer and effort, we ended up establishing a Morning Center in only one location—Memphis, Tennessee. It seemed like a big step back from our hopes, but now we are seeing evidence of how God has been directing our efforts all along.

Because the members of our Board of Directors are from across the nation, we have always held our meetings by teleconference. Recently the Board had a face-to-face, on-site meeting in Memphis. It was a real eye-opener, encouragement, and challenge for me to see the strategic ways God has been working to serve the under served in Memphis, going far beyond what I could ever have imagined. I’ve been serving on this Board for years. I’ve been donating money. But there is so much more to do.

We are involved in a ministry with Christians in Memphis that is serving not only needy, expectant mothers, but also providing gospel ministry to people living in some of the most poverty-stricken neighborhoods in the country. It should be no surprise that God knew what He was doing when He brought the Morning Center to Memphis. We can minister to those living in third-world poverty without even going overseas.

It is also clear that God knew what He was doing in January, when He brought us Les Riley, to be the Morning Center executive director. When we arrived in Memphis for our Board meeting, I was expecting to sit in a meeting room for a typical Board meeting. Instead, Les loaded us into cars and got a conference call going to give us a first-hand tour of ministry sites in Memphis.

He took us to a newly planted church on the north side of town in an old, rundown church building. It is right smack in the middle of two ZIP codes in north Memphis—two of the poorest in the U.S. They have some of the highest mortality rates in the United States, for both infants and mothers. It rivals third-world countries. The poverty is beyond our imagination.

Two-thousand women a year show up at hospitals in Memphis ready to have a baby, having never seen a doctor up to that point. They lose a lot of babies, and they lose a lot of moms. This church plant sits strategically right between these two ZIP codes, and they have a real heart for the poor. They have a food bank and some other things—they give away clothing—and they have allowed the Morning Center to come in there and use space.

Watching these ministries from different churches and different backgrounds come together and work together to serve the poor and the needy who are right in their front yard was absolutely amazing.

We visited another church just a couple of miles away, in a somewhat similar situation. This church is in a nicer neighborhood, but is right up against some rough neighborhoods. Again, there is a lot of ministry to the poor and the Morning Center is there. We got to see that.

The doctors spoke first. These are ladies who have had very successful practices, but they are spending more and more of their time working at the Morning Center, serving the poor.

The volunteers and the staff told story after story after story of ladies deciding not to abort their babies, of babies being born healthy, of people coming to Jesus Christ through the gospel ministry of the Morning Center and these other ministries.

But the thing that caught me the most off-guard were the stories of the staff members themselves. Almost every one of them said, “This has been a huge impact in my life and the decisions that I’m making.” They had not expected that.

When we got back to our room after dinner, it was one of those long nights. You know, those long nights where you toss and you turn? You think, “I know what the Bible says about the fatherless and the widows, right?” You do, too. I thought, “I’ve been serving Him, right? I’ve been on the Board, I donate money. God, what else do you want from me?” I just know He wants more. So I tossed and turned, and my wife, Kim, tossed and turned.

Another day was even harder. We loaded up again to drive down the street to Planned Parenthood. It was a Friday morning. Friday is a “kill day” at that clinic in Memphis. Ironically, a large sign on the side of the building says, “Health Care Happens Here.”

It’s a very painful experience. You feel like you’re losing. You’re trying to preach the Gospel to people, and they’re still going in and killing their babies. Les has been active in pro-life ministries in Memphis for a long time. I think he could tell that we were frustrated, so he gathered us together and we prayed.

Planned Parenthood’s own numbers show that if there is just one person on the sidewalk praying—not even talking to anybody—the number of women seeking abortions goes down by 10 to 15 percent on their kill days. Ladies driving to the abortion mills are thinking, “If there is somebody outside praying, I’m driving right by.” And that’s what happens.

Les took us to a place right near the downtown, to the location of the most notorious abortion mill in Memphis, where it is estimated that more than 100,000 babies lost their lives. He said, “I’ve been standing on this street corner for 20 years praying against this building.” When we got there, an excavator was sitting on a dirt lot. That building is gone, one less abortion mill in Memphis.

Les then took us to the Warren Apartments, also known by the street name—Clementine. This is one of the most dangerous apartment complexes in the U.S., covering a four-block area. All but one of the entrances into this apartment building are blocked off. The surrounding houses and buildings are boarded up and probably vacant. There is virtually no productive economic activity in this area. You are walking into a third-world country. These people have suffered generation after generation after generation of poverty.

Right in the middle of the Warren Apartments, in one of the apartments, is the Red Door Ministry. This is a Christian ministry run by a gentleman who grew up in the Memphis drug culture. He is one of them. His testimony to God’s power in the darkest of places is amazing.

We had lunch there, and we got to meet ladies who had gone through the Red Door Ministry Bible studies. They had been served by the Morning Center; they had decided to have their babies. They’d become Christians. But this place is different from where most of us live. The mass transit system is poor in Memphis; it takes half a day to get to a job on the bus. They work for minimum wage while they have to pay someone to watch their kids. Then they have another half a day back on the bus. They don’t have cars. It’s too far to walk.

One of the Board members and his wife took a walking tour with the leader of the Red Door Ministry. They got to meet a young lady in her mid-20s who takes care of a large number of children, most of them hers. She’s a prostitute. She has become a Christian, and she wants to be a faithful Christian. Her only source of income is prostitution, and she has a household of children to care for. What can she do? What can we do?

We had a Board meeting. We talked about a couple of things; it was nothing huge. But I came face-to-face with a culture and a crisis that I have never seen before. I knew it was out there; I’ve read the statistics. But when you talk to the people face-to-face, and you see the impact that a small ministry like the Morning Center is having, it makes you want to do more.

What can we do?

If you’ve ever desired to work in a third-world country, go to Memphis.

If you’ve ever desired to work in a pro-life ministry, go to Memphis.

If you’ve ever wanted to help the poor, go to Memphis.

But I warn you, it’ll change your life.

Visit Go2Memphis.org to learn how you can help.

Rockside Ranch was an ideal idea for Jen and Craig Thompson

How not to gossip