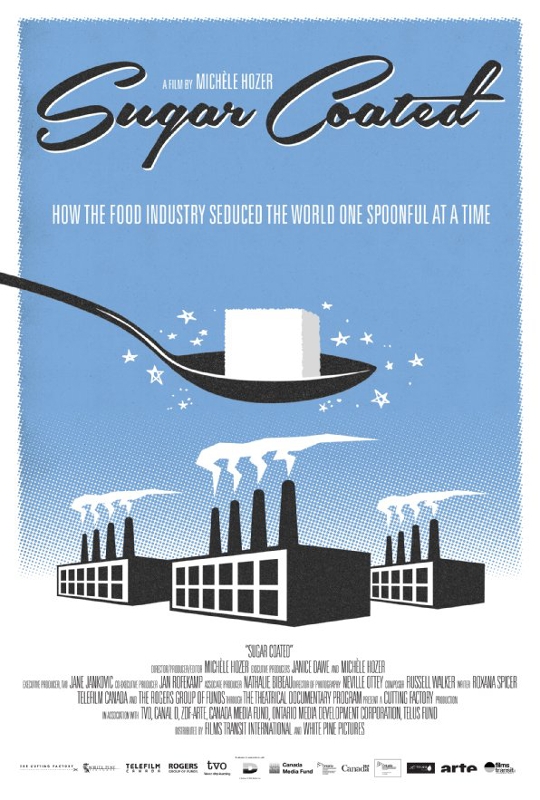 Film review: 'Sugar Coated: How the Food Industry Seduced the World One Spoonful at a Time'

In 1976 sugar industry executives won the Silver Anvil Award—the Oscar of public relations—for influencing public opinion about sugar. Earlier that year, the FDA had put sugar on the list of safe foods.

Sugar Coated features doctors and researchers who say that the food industry somehow got us to stop asking the question, “Is sugar toxic?”

A full length preview of the film is available here.

To bring these revelations to light, Dr. Kearns teamed up with award winning author Gary Taubes, whose books include Bad Science: The Short Life and Weird Times of Cold Fusion and Good Calories, Bad Calories: Challenging the Conventional Wisdom on Diet, Weight Control, and Disease. His latest book, a companion to the documentary, is The Case Against Sugar.

Taubes says, “Imagine you’re the sugar industry, and it’s your job to assess all of this, and decide what to do. In the plan is to make sure there’s never a consensus.”

Despite a popular level understanding that sugar is bad for us, a scientific consensus has never emerged in academia and public policy.

Kearns has found the evidence that the sugar industry has successfully prevented the consensus from developing for 75 years.

Sugar Coated also features doctors and medical experts explaining the shocking reality of Americans’ sugar intake. We don’t just take a sugar hit from soda, cake, candy, and junk food. Sugar makes it onto our plate in the deceptive form of packaged and bottled foods.

The average American eats 66 pounds of sugar a year! It’s no wonder we have an epidemic of heart disease and diabetes.

“In fact, studies from Europe show that if you consume one soda per day, your risk for diabetes goes up 29 percent,” says Dr. Lustig, “irrespective of the calories, irrespective of your weight, irrespective of anything else you eat.” Everyone, including normal weight people and children, are vulnerable to disease when eating too much added sugar.

Stan Glantz, tobacco industry whistleblower, says, “Where we are in the sugar debate is about where the tobacco debate was in 1960.”

Sugar Coated unveils the strategy of the sugar industry to protect profit, all at the expense of the health of Americans and people worldwide.