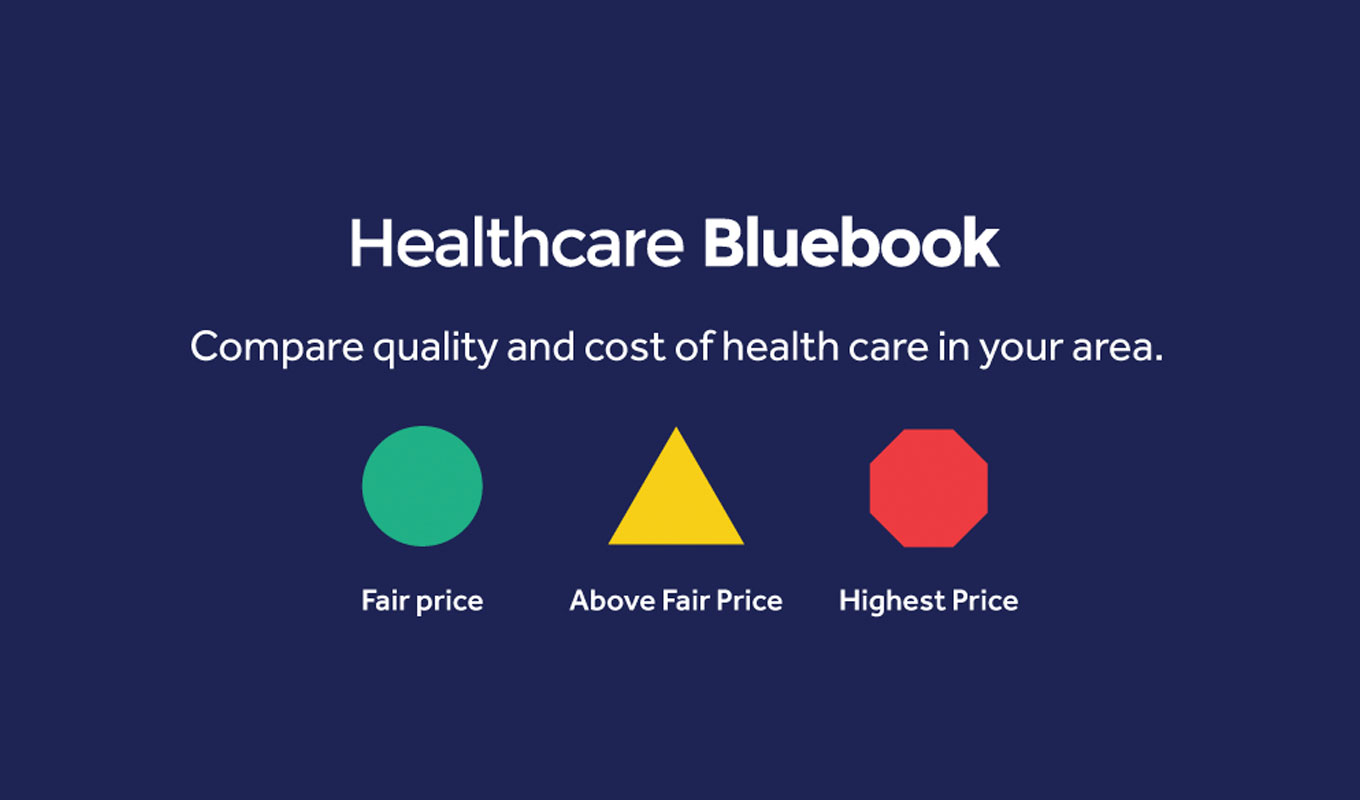 Fair price or discount? Actually, both are important

Recently we announced a $250 fair-price reward that you can receive when you submit a screenshot from Healthcare Bluebook showing that you chose a fair-price provider. Starting in September, discounts no longer offset the Initial Unshareable Amount of $400 or prorated amount.

Let’s review the Healthcare Bluebook story. Dr. Jeff Rice founded Healthcare Bluebook after having an eye-opening experience when his son needed a minor foot surgery. One provider was charging $15,000 for the surgery and another was charging $1,500—10 times less—for the exact same surgery. So, if patients got a 50 percent discount off Provider A’s $15,000 bill they would pay $7,500—five times more than what they would have paid if they had gone to Provider B. To top it off, the same surgeon was doing the surgery, but at two different facilities that were only three blocks apart!

Unfortunately, similar scenarios can happen with Samaritan members, and here are two recent examples we noticed in letters we have received. One member was billed more than $38,000 for shoulder surgery and got a 40 percent discount, leaving $23,000 to pay. On Healthcare Bluebook, high-quality providers in the member’s area offer the surgery for $11,000. Another member was billed $12,000 for a tonsillectomy and got the charges reduced to $8,000. There are providers in the member’s area with high quality ratings offering the tonsillectomy for $4,000. In each of these cases, using Healthcare Bluebook could have resulted in greater savings, but it is also true that getting the discounts was much better than simply going along with the initial bill.

Dr. Rice recognized that providers were concealing pricing information from patients and using deceptive billing practices, so he wanted to level the playing field by gathering data that would allow patients to compare providers, forcing them to compete for their business. Healthcare Bluebook’s data shows that it is very common for billing in an area to vary by as much as 400 percent. That means that you could pay $50,000 for a surgery at one provider or $10,000 at another. That means one decision could save $40,000, which amounts to 75 families’ Shares that come from their hard-earned income.

Savings on a Need means less burden on all

Whatever savings a member is able to achieve on one Need results in less burden on the whole sharing community. All members should engage in health care decisions and seek to steward resources well, doing their part to help keep the Share amounts as low as possible. We have launched the $250 fair-price reward because Healthcare Bluebook makes it possible for us to do more than ever to achieve savings.

Prepare fair-pricing info ahead of time

Let’s consider hospitals now, because the largest bills come from hospitals. You may not think you have much choice in the matter if you have a serious enough medical issue to require hospital services, but that’s not the case. First, there are still many scheduled, non-emergency services done in hospitals (even though as a general rule many of those services have moved out of hospitals over the past 50 years as specialization and technology proliferates). Second, even if you are perfectly healthy, you can prepare ahead of time in case an urgent or emergency situation arises. Ten minutes spent on Healthcare Bluebook allows you to check out hospitals in your area to see quality ratings and which ones tend to offer better prices. Armed with knowledge, you will be in a better position to make decisions if you are talking to your doctor about the possibility of going to a hospital. You’ll also be better prepared in the heat of the moment if you find yourself in a situation where you are heading to a hospital.

Unfortunately, hospitals are infamous for bureaucratic red tape to match their labyrinthine buildings—and for outrageous billing practices. Steven Weissman, an attorney and former interim president of a Miami hospital, says the insurance companies’ secrecy and deception is the main problem:

With this reality in mind, cash-paying patients have to be very diligent when dealing with a hospital. You shouldn’t sign anything under pressure because it might include language sticking you with a bill that is much higher than others would pay for the same services. You should be persistent and patient in asking for fully itemized billing and to talk to someone who can help you work out fair pricing. Be kind, but don’t hesitate to ask for a supervisor or to be transferred to another department, the one that really can adjust your bills. The more you can find out the better, and Samaritan’s Provider Relations Team will also come alongside you with pointers and assistance for settling your bill fairly.

Be aware that there could be tens or even hundreds of thousands of dollars at stake when dealing with a large hospital bill. We really do see cases where a $200,000 bill is settled for $20,000. Again, that’s a lot of Shares that have to come from other members.

Cash-paying patients have to be very diligent when dealing with a hospital.

Let’s conclude by returning to the issue of incentives. It is true that Samaritan Ministries wants members to prioritize pursuing a fair price before service over pursuing discounts after service, because the former results in greater savings than the latter.

We do recognize that using Healthcare Bluebook won’t result in savings on every single member’s Need, although it will on most. Perhaps you live in an area where providers don’t have to compete with each other or perhaps you have a long-standing relationship with a trusted provider that is in a higher price range. That’s OK. You are still free to choose any provider to perform the services that are qualified to be shared according to the Guidelines.

Even though choosing a fair-price provider results in greater savings than negotiating discounts, discounts are still important, and there are still incentives to get a discount. First, savings of any kind help keep the monthly Share as low as possible for everyone. Second, in a month where there is prorating, discounts will still help a member with a Need. For example, if a member has a $50,000 need in a month where there is prorating of 3 percent, they would have to budget for the $1,500 prorated amount. But if the member gets the bills discounted down to $25,000, they would only have to budget for $750.

(It’s also important to realize that there is now a maximum prorated amount, so even if a member is in the very rare situation of dealing with a huge bill during a prorated month, the Need will only be prorated $2,500.) We hope this article clears up confusion about fair prices and discounts. Although fair prices result in greater savings than discounts, it’s not a question of one or the other. Both remain important. We should all pursue a fair price by using Healthcare Bluebook before receiving services and work for discounts after receiving services as we seek to steward our fellow members’ Shares.