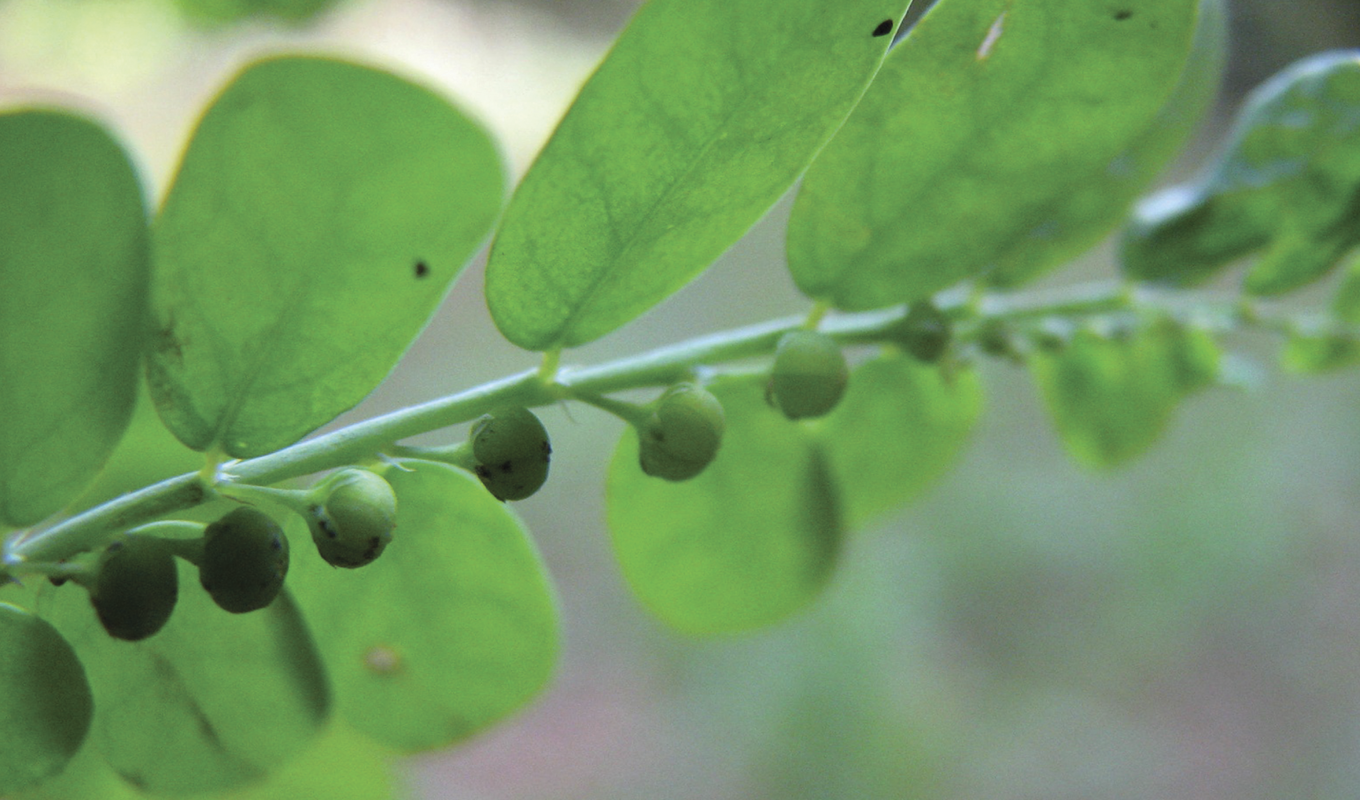 Chanca piedra used by some to battle kidney stones

Kidney stones are among the most common and most painful malfunctions of the human body.

Mayo Clinic describes them as “hard deposits made of minerals and salts that form inside your kidneys.” Passing them through your urinary tract is bad enough since they often resemble small pieces of coral or lava rock.

Anybody who has had kidney stones knows the drill:

That’s the happy version. The unhappy version is when the stones are too big to pass and block the urine from leaving the kidney. The pain becomes excruciating and may abate for an hour or more but will always return.

I suffered my first stone on New Year’s Day 1997, but that one passed. Painfully, but it passed. In December 2018, though, a stone too large to pass became lodged in my right kidney, causing excruciating pain for about an hour before it subsided, long enough for me to get to the hospital and get access to pain control.

Eventually, I was able to have lithotripsy. That noninvasive procedure shoots ultrasonic energy or shock waves directly at the stone through the back, breaking it into smaller pieces so it can then pass naturally.

Until June 2019, when another one formed, this one in the left kidney.

Same situation: too big to pass.

I had followed my doctor’s orders after the first one, too: drink lots of water, cut down on the sodium. So, after my second stone (or stones; there may have been more than one), I decided to do my own research and found a Peruvian herb called chanca piedra (“CHANK-ah pee-AY-drah”), which translates as “stone breaker.” (Other names are “gale-of-the-wind,” “seed-under-leaf,” and “shatter stone.”)

I found a brand of chanca piedra online that had a lot of good reviews and was highly recommended by other sites. I ordered a bottle of capsules and started small in my dosage, about 500 milligrams daily, increasing it over time. I’m now up to 1500 milligrams per day. Some Samaritan Ministries members commenting in our members-only Facebook Group said they only take chanca piedra when they’re feeling kidney stone symptoms.

I haven’t had another stone since I started taking chanca piedra. At least not yet.

True, I still try to drink a lot of water and continue to back off the sodium, so that helps, I’m sure. But I believe that taking chanca piedra every day has helped keep the stones away.

Chanca piedra can be taken like I take it, in capsule form, or it can be drunk like a tea. The jury’s still out on whether one form is more effective than the other, but I’m sticking to the capsules for now. They’re easier and quicker to take than drinking a tea that may or may not taste good and which I may or may not remember to make and drink twice a day.

At least one scientific study affirms chanca piedra’s potential as a treatment for kidney stones, with others not quite as enthusiastic but not dismissive, either. The Brazilian study says the herb “has been shown to interfere with many stages of stone formation, reducing crystals aggregation, modifying their structure and composition as well as altering the interaction of the crystals with tubular cells leading to reduced subsequent endocytosis.” (Endocytosis is the process by which substances are brought into a cell.)

Samaritan Ministries member Jocelin Whitaker, who has a doctorate in traditional naturopathy and runs a health food store in Ohio, likes to recommend chanca piedra to her clients because “it’s something very gentle.”

“Studies say it helps to balance the urinary tract’s pH, so it basically makes the environment so that stones are less likely to form,” Jocelin says.

She sells one chanca piedra product that also has hydrangea, celery seed, and burdock in it, but that combination could possibly interfere with medications, she says, so some people should stick to the straight chanca piedra.

If your digestive system isn’t breaking down your food properly, things like kidney stones can form.”

A change in diet can also help fend off stones, she says.

“People can get too much calcium and other things from processed foods, which throws off the pH of your body,” Jocelin says. “If your digestive system isn’t breaking down your food properly, things like kidney stones can form.”

God placed the chanca piedra plant in the Amazon River basin. Healthline.com says that “The plant has thin, leaf-covered branches and can grow up to about 2 feet tall. It gets the name ‘seed-under-leaf’ because its seed pods, which bloom into small green flowers, grow beneath the leaves.” The entire plant is used in the production of the supplement, which reportedly also lowers blood sugar and helps with the digestive system and liver besides the kidneys. “Supposedly, it contains phytochemicals—or plant compounds—that can increase urine flow, kill harmful bacteria and viruses, and relieve inflammation.”

One study of 56 people with kidney stones who took 4500 milligrams of chanca piedra per day showed the stones decreased in size and number in about two-thirds of the participants.

WebMD cautions that the use of chanca piedra by pregnant and nursing women, people with diabetes and bleeding disorders, and people about to undergo surgery.

So while the science is still out on chanca piedra’s effectiveness, it’s looking promising.

And a lot less painful.

Michael Miller is Editor of the Samaritan Ministries newsletter.