Can we thank God for the Supreme Court’s decision on same-sex ‘marriage’?

Who shall separate us from the love of Christ? Shall tribulation, or distress, or persecution, or famine, or nakedness, or danger, or sword?

As it is written, “For Your sake we are being killed all the day long; we are regarded as sheep to be slaughtered.”

No, in all these things we are more than conquerors through Him Who loved us. For I am sure that neither death nor life, nor angels nor rulers, nor things present nor things to come, nor powers, nor height nor depth, nor anything else in all creation, will be able to separate us from the love of God in Christ Jesus our Lord.

When I heard of the U.S. Supreme Court’s decision to legalize same-sex “marriage” across the United States, I must confess that a sense of gloom and despondency welled up inside me. It wasn’t only the decision’s effect on America itself that bothered me, although I grieve about that. It was also the fact that this decision is likely to have major ramifications throughout the world, with a host of other countries facing pressure to follow suit.

My fears were confirmed when I read Secretary of State John Kerry’s reaction to the vote:

The court’s decision also sends a clear message to every corner of the globe: no law that rests on a foundation of discrimination can withstand the tide of justice. 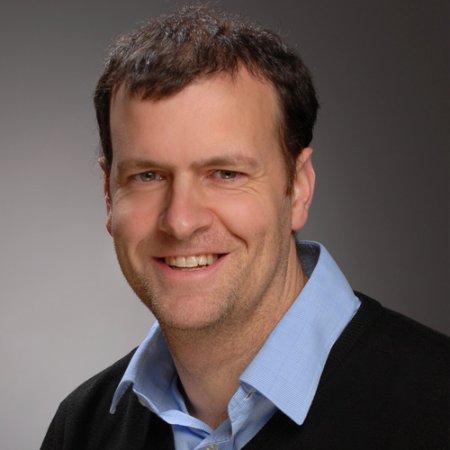 This wasn’t a statement of “fact” he was making. It was a threat. If you couple this with what Mr. Obama said in an interview back in January—“We have to twist the arms, when countries don’t do what we need them to”—then you will understand that the pressure being put on countries around the globe to conform to this new “norm” will from now on be enormous.

Despondency should lead us to prayer, and so it did with me. And as so often is the case when we pray, I found that my whole perspective began to change. I was praying with these words from Psalm 53 in my thoughts: “Oh, that salvation for Israel would come out of Zion! When God restores the fortunes of His people, let Jacob rejoice, let Israel be glad,” when it suddenly it dawned on me that the Supreme Court decision might not necessarily be the calamity it first seemed to be.

Don’t misunderstand. I am not about to condone the vote and all that it signifies. It was a terrible decision, both constitutionally and morally. It may have been exactly what we needed. Think about it.

What would have happened if the decision had gone the other way? We can be certain that it would not have been the end of the matter. The same-sex “marriage” lobby is on fire for their “gospel,” and they do not intend to let up any time soon. If the vote had gone against them, there would have been another case, then another, then another—until the “right” answer was reached.

There would have been another effect as well. Huge numbers of Christians throughout America would have fallen back into a false sense of security, believing that they still live in a country where fundamentally everything is sort of OK, and that America is still a Christian country.

But if a 5-4 victory the other way would have put us back to sleep, what does this 5-4 ruling do? I think it has the potential to bring about remarkable results:

Let me expand a little on this last point. What is the reason that we now have the Supreme Court of the United States of America ruling in favor of something that the Bible plainly says is wrong, which all of the Founding Fathers would have vehemently opposed, and which would have been unthinkable just a decade or so ago? 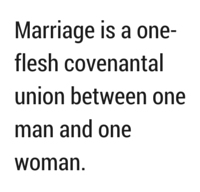 One foundational reason is that we have, as a people, lost sight of what marriage is. One of the mantras repeated ad nauseam by proponents of same-sex “marriage” is that “if two people love each other a lot and want to commit to each other, why should they be denied that right?” Where did this come from? Sadly, it came from the false view of marriage that already exists between many heterosexuals, including some Christians.

What is marriage? Is it simply a relationship between two people who love each other very much and want to commit to each other? I would define it as “a one-flesh covenantal union between one man and one woman, for the duration of their lives, built on a foundation of mutual self-sacrifice, with the hope of fruitfulness through children, and with sanctions attached for breach of covenant through infidelity.”

In other words, we have turned a mutually dependent, fruitful, lifelong covenant union between one man and one woman into a self-centered relationship where each partner seeks fulfillment from the other. So we really shouldn’t be surprised that some would consider homosexual relationships—the ultimate in fruitless sexual relations—to be equivalent to the unfruitful, self-centered heterosexual marriages that have become common.

While abhorring the Supreme Court decision, we nevertheless need to give thanks for it (1 Thessalonians 5:18). Not grudgingly, but joyfully. We should not do so in any way approving of the decision or what it represents. These things we should lament. But we should do so knowing that God—in His sovereign majesty—is behind this and is not only using the decision to judge the nation for its abandonment of Him and the marriage covenant, but is also using it to stir up His people to stand steadfast, seek Him more earnestly, and rediscover the true meaning of marriage.

Time and again, God brings victories out of what look like defeats (Calvary being the supreme example). It may well be that the Supreme Court decision will one day come to be seen as a turning point in the history of the Kingdom of God. I firmly believe that same-sex “marriage” will one day be nothing more than a bizarre footnote in the history books, from a time when the world lost all reason. Ironically, the decision which may fill us with despondency today could end up being seen by future historians as a defining moment in this battle when God began to—in the words of Psalm 53—“restore the fortunes of His people.”