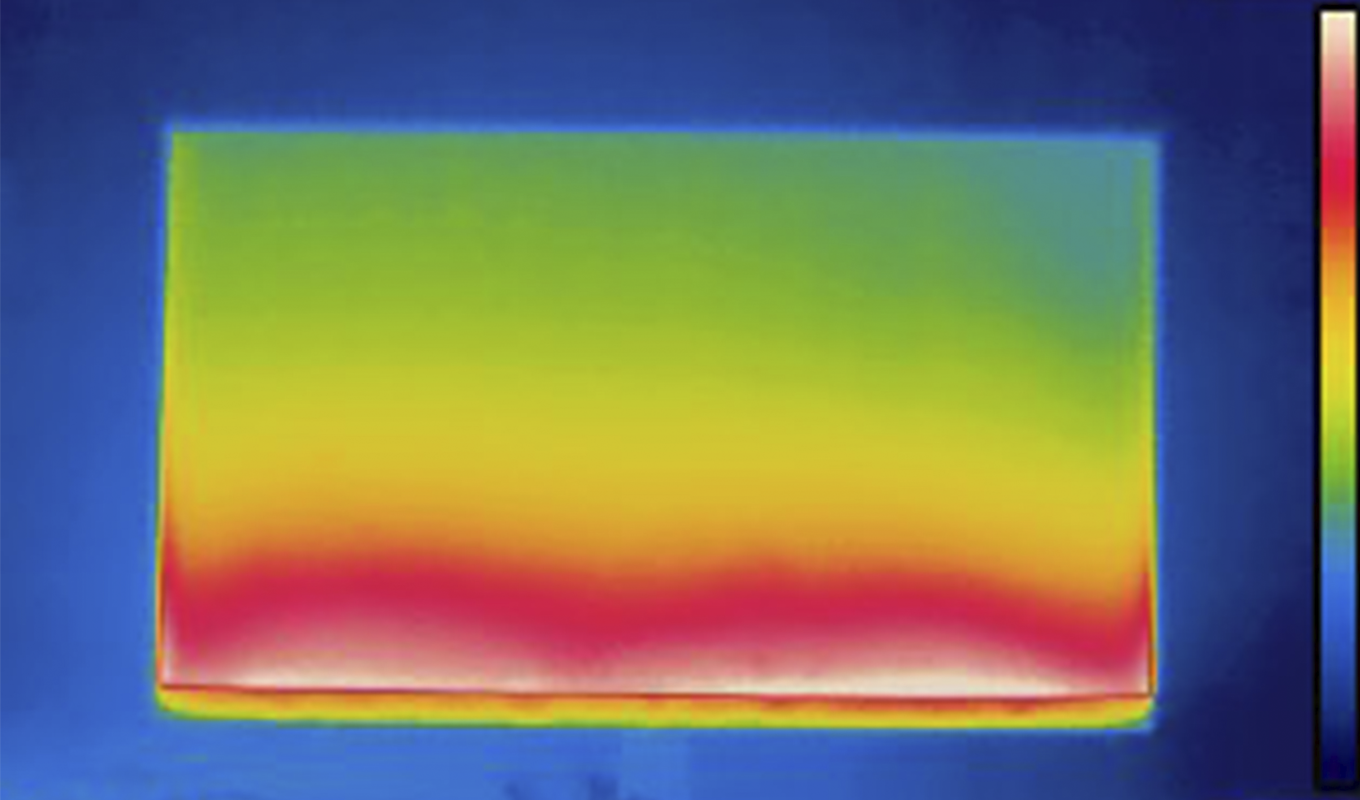 There is a new warrior joining the fight against breast cancer.

For years, mammography has been touted as the one and only standard for breast cancer screening. These days, thermography is proving itself a valuable adjunctive tool, one author argues.

In his book Breast Thermography: What Every Woman Must Know Before Having a Breast Thermogram, author Michael Wedge, board-certified clinical thermographer and 12-year veteran in the field, simply and clearly states the case for thermography, its limitations and strengths, and where it fits in the current landscape of breast cancer screening.

Thermography comes from the words “thermos,” referring to heat and “gram,” which refers to recording. It is “a recording of heat being emitted from an object,” according to Wedge. A thermogram is looking for changes in temperature that are indicative of a problem, whether it’s cancer or other abnormalities that could eventually lead to cancer. These images are produced by a thermal imaging camera that picks up and records heat in the infrared spectrum, a spectrum not seen by the naked eye.

A thermogram is performed by a thermography technician and interpreted by an “interp doctor” trained in reading the thermogram. It is important to note that one does not have to be a doctor to interpret a thermogram, Wedge says. However, reading a thermogram requires training not unlike that needed to read a mammogram or any other medical image.

When interpreting a thermogram, the interp doctor is looking for abnormal or atypical blood vessels, temperature deltas (the difference in temp between two measured areas), changes in breast shape/contour and areas of inflammation, changes in vessel patterns and deltas over time, and symmetry or lack of symmetry of blood vessels and heat patterns.

Because thermography is most accurate by measuring changes over time, Wedge recommends women get a baseline thermogram starting at age 20. His experience has shown that most women have abnormal thermograms, but most do not have cancer. Thermography is not just about answering the question of whether cancer is present. It is also used as a screening for abnormalities that could later lead to cancer with the hope of reversing the abnormalities before they turn into cancer or finding the disease early enough to cure it.

These two technologies are different in just about every way, other than the fact that they are being used to assess the breast for evidence of disease.

In recent years, the medical community has experienced a bit of conflict in regard to breast cancer screening and has created a mammography vs. thermography scenario. The beauty of Wedge’s book is in his objective approach at explaining each test, their differences, and how they enhance the other.

“These two technologies are different in just about every way, other than the fact that they are being used to assess the breast for evidence of disease,” Wedge writes.

So how accurate is thermography? Wedge quotes one study in which the authors tried to determine whether a thermogram could accurately predict if a mass found by a mammogram was indeed cancer. Incidentally, 85 percent of mammographically identified masses that have been biopsied turn out to be noncancerous. The study “Efficacy of Computerized Infrared Imaging Analysis to Evaluate Mammographically-Suspicious Lesions” found that thermography has an excellent negative predictive value, meaning that when a mammogram finds a mass and a thermogram indicates it is not cancerous, 95 percent of the time it is indeed noncancerous.

Perhaps the strongest argument Wedge gives for thermography, however, is its ability to detect what no other test can—inflammation. Wedge argues that a patient can have a normal mammogram, normal clinical breast exam, and no complaints otherwise and still have inflammation lurking in the breast that will never be seen without a thermogram. Inflammation is easily treated but only if the patient knows it’s there. Left untreated, chronic inflammation is a risk factor in developing breast cancer.

Wedge emphasizes the importance of understanding that thermography does not diagnose anything but rather is used as a tool to monitor changes that could lead to disease. In fact, at the beginning of his book he states that, despite all of the breast cancer tools at our disposal, only a biopsy has the final say in actually diagnosing breast cancer.

Despite all of the research and testing at our disposal, the incidence of breast cancer has risen to almost 1 in 7 women, according to Wedge. Still, the author is hopeful that someday a breast cancer diagnosis will be treated as simply as other diseases, like leprosy, that once meant a death sentence.

To get there, Wedge believes a change in mindset is in order. Rather than looking at breast health as being either no disease, a benign disease, or a malignant disease (cancer), he argues that breast health needs to be seen as being on a continuum. At one end is a “healthy breast free of pain, significant hormonally-mediated tenderness, fibrocystic changes, fibroadenomas, and other non-cancerous changes,” writes Wedge. At the other end is cancer.

Wedge spends a great deal of time defining everything in between and how benign conditions can lead to disease.

“The changes which are identified in the breast as benign, may in fact not increase cancer risk directly, but the environment within the body and within the breast that allows these changes to develop, can increase cancer incidence,” writes Wedge. “Therefore it is during this phase we should intervene, rather than simply label something as benign and wait until a cancer develops.”

While he admits that most women with benign breast changes never develop cancer, he is quick to point out that those who are diagnosed with breast cancer have a history of benign changes that preceded the diagnosis. Further, he argues that because these benign changes are uncomfortable for the patient and easily treated, why not do so?

Thermography is another player on the team working to detect breast cancer as early as possible, a sort of first step on the road to maintaining breast health. It cannot do what mammography can, nor can mammography do what thermography can. Moreover, neither of them can do what a clinical examination can do. Each is designed for a different purpose and to be used as a complement to the other measures.

Kathryn Nielson is a Member Communications Specialist for Samaritan Ministries.