After the Planned Parenthood videos, what next? 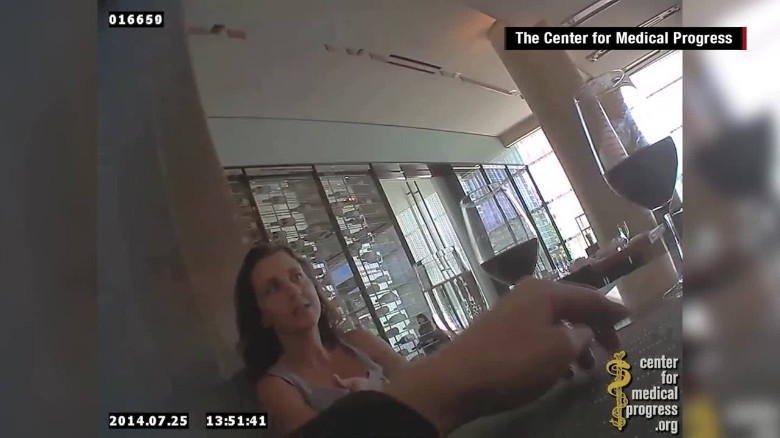 The series of videos released by the Center for Medical Progress have done an amazing job of exposing the sheer cruelty, greed, and callousness of that woefully misnamed organization, Planned Parenthood. We have learned a good many things through these videos, but perhaps most glaring is this: The claim that abortion providers do what they do for the sake of women’s health is as hollow as an empty Coke can. Turns out it’s all about —what a surprise—money, money, money.

This could well explain why so many of the “great and the good” have been queuing up to defend this macabre profiteering racket. For instance, one presidential candidate said:

The current attempt to discredit Planned Parenthood is part of a long-term smear campaign by people who want to deny women in this country the right to control their own bodies.

Not quite. We might well respond that actually the current attempt by some to credit Planned Parenthood is part of a long-term campaign by people who want to deny babies the right to keep their own bodies. We might also ask these Planned Parenthood proponents, “What would Planned Parenthood need to do, in addition to dismembering babies and selling their internal organs, to make you ashamed to stand with them?”

In one sense, these videos shouldn’t horrify us any more than we ought to have already been horrified. We knew before that Planned Parenthood was doing unspeakable things, and ultimately, a baby’s body being thrown into the incinerator should cause as many problems for us as its body being sold for profit. Nevertheless, there is something about the level of callousness exposed in these videos that is quite breathtaking.

One diversionary tactic that is being used to try to turn attention away from the real issue—the killing of the babies—to what is really a side issue, the disposal of the bodies of the dead babies. How will they do this? By tightening the law on how the remains of an aborted baby must be dealt with. This has already happened in Indiana, where The Aborted Fetal Remains Bill was recently signed into law, establishing rules as to how abortion facilities must “appropriately dispose of the bodies of babies killed in abortions.” Don’t be fooled by this sort of thing. It is worth noting that this bill will not stop a single abortion from taking place, but merely regulates what you can and can’t do with the baby after its life has been taken.

In exposing the moral putrefaction at the heart of Planned Parenthood and indeed in the nation that tolerates their work, the videos have very much acted as “salt to the Earth.” However, although exposing evil is a good and noble thing to do, by itself it is not enough. What we now need to find is ways of actively promoting the good. We need to bring light as well as salt.

One way pro-life advocates have done this is by establishing crisis pregnancy centers in their communities, where women facing unplanned pregnancies can go to receive compassionate care that values human life. Many lives have been saved because of the work of these ministries, and the attitude of the public is gradually becoming more pro-life, especially among younger citizens.

Providing an alternative to Planned Parenthood is critical—one which not only treats the unborn child with dignity, but which also treats women with dignity, endeavoring to help those who are in a hard place with emotional and sometimes even financial support. This is why Samaritan Ministries established the Morning Center, and here’s what it says on their website:

A pregnant woman who chooses life for her child needs a caring community of support. Far too often the Christians who urged her not to abort can offer nothing more for maternity care than a government aid form. It is time for Christians to provide loving, personalized maternity care in Jesus’ Name, to any mother who needs it—free of charge.

Whatever else we do, we need to be praying for these centers, supporting them financially if we are in a position to do so, and also getting the word out about them whenever we have the opportunity to do so.

Now we need to step up a gear.

The abortion issue is not going to be won by the revelations from the Center for Medical Progress. They are a huge eye opener for many, but now we need to step it up a gear. We need positive alternatives to Planned Parenthood, such as the Morning Center with its commitment to go the extra mile to help those mothers who are in desperate straits, but who are currently propagandized into believing that killing their child is the safest, best, and even the only way out. We need to make sure that our belief in the sanctity of life is consistent, and that we are not inadvertently supporting policies which result in the needless killing of children in other parts of the world.

But above all we need to keep on asking God to direct the pro-life cause, to open the eyes of those who are currently pro-abortion to see it for the evil that it is, and to intervene to finally end this grisly practice that has plagued the nation for nearly half a century.