The high cost of fatherhood, Part 2 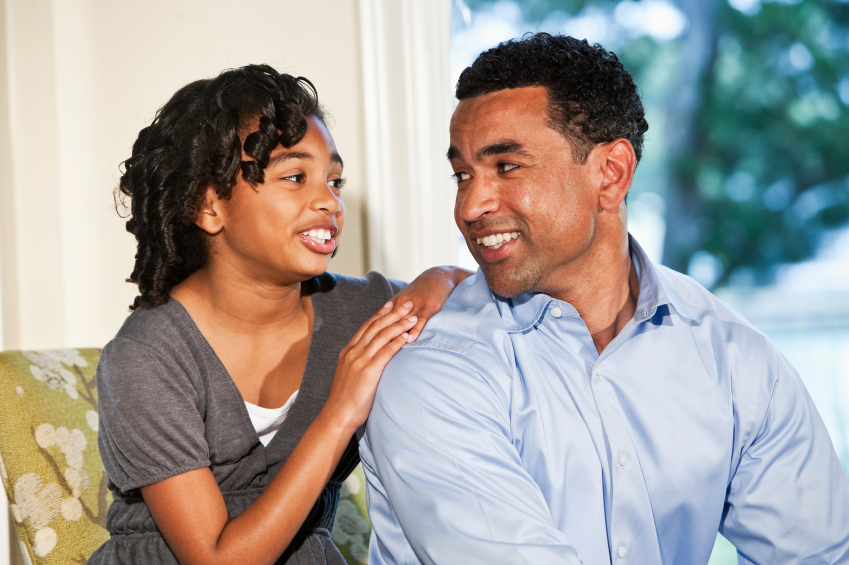 In last month’s article, I said that while there is much said about the problem of fatherlessness in our society, a lot of what is said tends to focus on the quantitative side of things and not on the qualitative side. Having more fathers that begin and remain in the home throughout their children’s upbringing would certainly be better than the current situation of mass fatherlessness, but it is only part of the issue. What we really need are fathers who truly love their children and who are prepared to sacrifice themselves on a daily basis for their children’s wellbeing.

This month I want to address a couple of qualitative issues. The first is our relationship with our children, and then the challenges we ourselves face as we attempt to fulfill this role. Last month I ended by saying that fatherhood is a costly business, and I think that by the end of this article most readers will know what I mean if they didn’t already!

How does the Apostle Paul instruct fathers to behave towards their children? “And, ye fathers, provoke not your children to wrath: but bring them up in the nurture and admonition of the Lord” (Ephesians 6:4, KJV). Is that it, Paul? Is that all you have to say to fathers? Don’t make them angry and bring them up in God’s ways? Not really. Paul’s one-liners are like opening a treasure chest, and we need to dig deep if we are find the gold.

As he often does, Paul begins with a negative, moves it to a neutral, and then takes the whole thing over to a positive. So, in Ephesians 4:28 he says, “Let the thief no longer steal, but rather let him labor, doing honest work with his own hands, so that he may have something to share with anyone in need.” Imagine a dial with three markings. On the left hand side is stealing. In the middle is not stealing. On the right hand side is laboring to give. Moralistic Christianity only sees the need to turn the dial from the left to the middle. “Don’t do this.” “Don’t do that.” As if the absence of stealing is all that is required. But Paul says that’s not all that’s required. God doesn’t want only “non-stealers.” He wants cheerful givers.

Paul does the same with the father passage. The notch on the left is marked “Provoking, Exasperating, Frustrating, Angering Your Children.” And there’s a whole range of different ways that this can be done. Paul says to turn the dial. Where to? To the “No Longer Provoking, Exasperating, and Angering Your Children” spot in the middle? No, he says, dial it all the way to the right-hand side. So just as the antidote to stealing isn’t “not-stealing,” but rather giving, the antidote to provoking our children isn’t “not provoking our children,” but rather nurturing and admonishing them (some versions have this as training/discipling and instruction/correction, but the sense is roughly the same).

What might sound odd here is that having turned the dial from the negative notch—provoking to wrath—to the positive notch, we find Paul speaking of admonition (or correction). But isn’t admonishing (or correcting) a negative action? Of course it can be, and I’m sure we can all think of examples of ways fathers can rebuke their children in a wholly negative manner (if you’re anything like me, you will have done this yourself). And if such a way of rebuking becomes the norm, then it can clearly lead to exactly what Paul tells us to avoid—exasperating and provoking our children to wrath.

What of nurturing? That has a more positive ring to it than admonition, but what does it mean? Perhaps an illustration might help. At a home education co-op recently, some of my children and their friends did an experiment where they put six different seeds into six different jars, subjecting each seed to different conditions. The first was given air, water, soil, light, and warmth, while the others had one of these elements missing. Some didn’t grow at all. Others grew a little, but were very weak and stunted. No prizes for guessing which one grew properly! 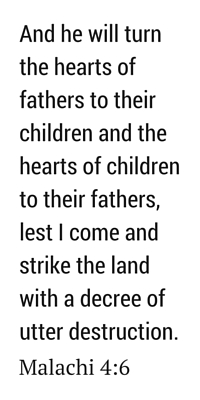 Just as the nurturing of plants needs all the elements in order to grow properly, so do our children. And just as the seed that is deprived of one or more of the elements will either not grow at all, or perhaps produce stunted growth, so is the case with our children. Although I don’t want to belabor the analogy too much, there is a fairly close correspondence to the elements that are needed for the seed to grow, and those with which we need to be nurturing our children. For instance, it is possible to give them the light of God’s Word, both in the home and at church, and think that this will suffice. But if the environment at home or in the church is frigid, or if we so stifle their characters, gifts, and creativity that they feel suffocated, they may well come to despise the teaching. There are countless “testimonies” out there of people who have gone through that.

Nurturing is about making sure our children have all the elements they need so that they thrive and grow up into men and women who really love God and who have a genuinely loving, servant spirit. So we need to aim not just to teach them from God’s Word, but to do so in an environment that is warm and wholesome. We need to have a home where Christ is honored, both in teaching and example, but we need to do so making sure that we do not stifle our children or place heavy burdens on them. They need air to thrive, and I’ve seen a good many people reject the faith of their parents chiefly because their parents tried to squeeze them into a particular mold of what they thought Christians ought to look like.

Fathers, can I urge you to strive to get closer to your children? Cuddle them more (especially girls). They need to feel wanted and secure, even the ones who don’t communicate this very well. Talk to them more. Be interested in them and their lives. Speak kindly to them and well of them. Get rid of any hindrances in your life which might be a stumbling block for them, or which might breed resentment and create a distance between you and your children. Strive to teach them from God’s Word, both by words and example. Seek their forgiveness, not just God’s, if you have wronged them, or shouted at them, or failed them. Make them know that you would give your life for them. Fill your home with love and with grace.

Having said that, the wind seems to be taken out of my sails somewhat. Thinking of what nurture and admonition ought to look like is one thing, but if your house is anything like mine, the reality falls short. Occasionally I might approximate to some of these things, but there are too many times of miserable failure to recall. What then?

The things I have listed are hard things which require self-sacrifice, determination, and above all the Spirit of God. We are bound to mess up, bound to fail. But this realization should make us press on, not give up. Christianity is not a religion of beating ourselves up over such failures. Rather, it is getting down on our knees, seeking God’s free and full forgiveness through Jesus, and then asking for His Spirit to enable us to be a better father to our children.

Fatherhood is the most important social issue of our day, and the lack of good fathers is behind so much of what has gone wrong in our society. If you haven’t already, will you join me in making it a regular practice to pray for fathers? Pray that every child in the land would know their father throughout their childhood. Pray for every child to know the love and the warmth of a good father. Pray for fathers in your church to be enabled to lead their families, and to “nurture and admonish their children in the Lord” with love and grace. Pray for good fathers to become better fathers. Pray for absent or poor fathers to repent and be given God’s grace to succeed where they have previously failed. And above all, pray that God would reform our churches, our communities, and our society by turning “the hearts of fathers to their children and the hearts of children to their fathers” (Malachi 4:6).