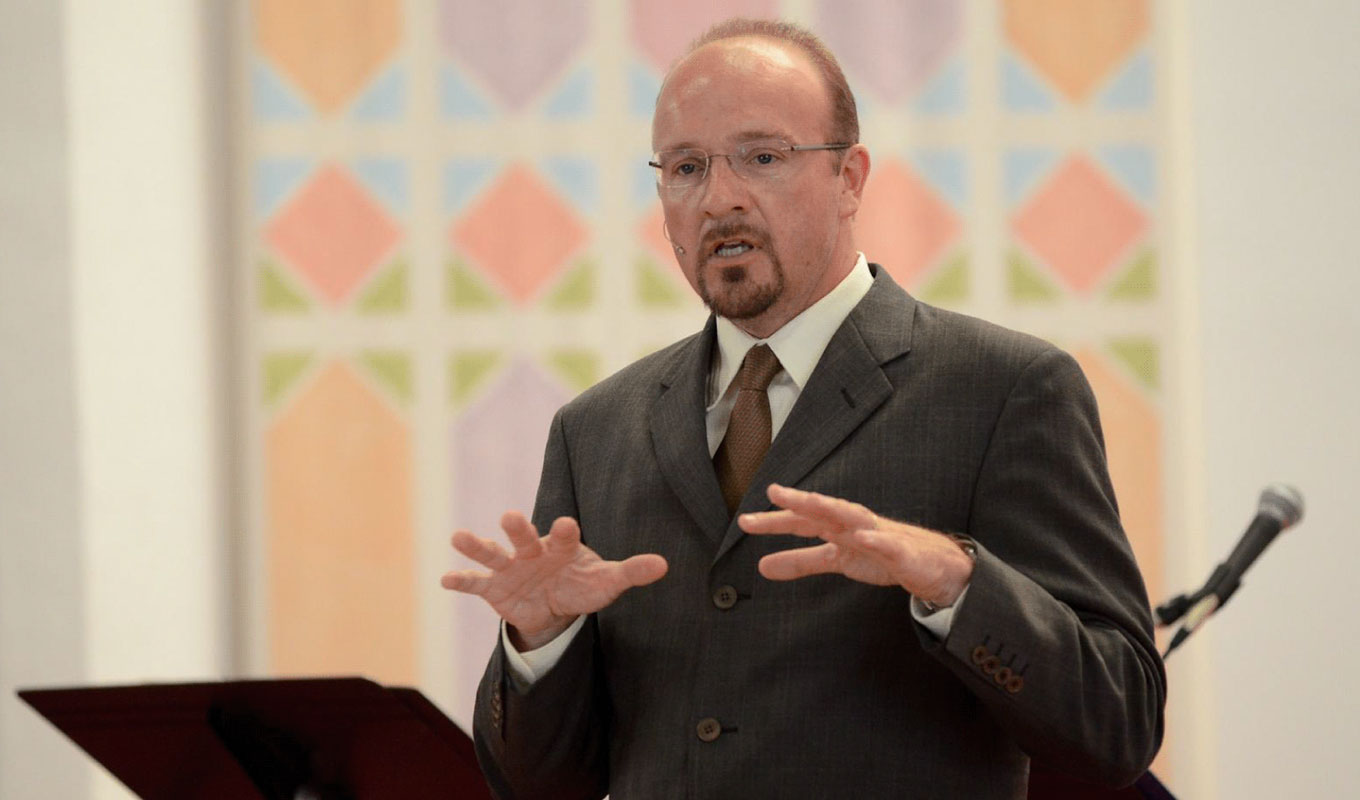 Pastor Cliff McManis calls Christians back to the basics

A prolific author and pastor in the heart of Silicon Valley in northern California, Samaritan Ministries member Cliff McManis calls Christians back to the fundamentals of the faith by speaking and writing on everyday topics in his “Big Truth | little books” series.

Cliff’s sermon-based books touch on government, education, depression, and several other types of issues and are designed to answer the questions “average Christians are asking today,” he says.

The books are short enough that “you can hopefully read each in about an hour,” Cliff says.

It’s easy to become distracted by the world, especially where Cliff’s church, Creekside Bible Church, is located. Silicon Valley, an area with one of the highest costs of living, is home to several big tech companies as well as Stanford University. Much of the land is owned by Apple and other companies. Nonetheless, his mission is to reach out to those who need the Gospel. Members of his congregation have started Bible studies at many of the companies. A doctor who was trained at Stanford started a ministry to students at his alma mater.

But location isn’t the only distraction that Cliff is concerned about. He also discusses the volatile world of politics and the upcoming election from the pulpit and in his books, reminding us that government wasn’t much better in the days of Peter and Paul, yet “they weren’t talking about the government all the time.”

Instead, he points out, the Bible commands us to submit to government and to those in authority over us, to give to Caesar what is Caesar’s, and to pray for those in authority, referencing 1 Timothy 2. He argues that, rather than specifics on what to pray for, the 1 Timothy passage is really about Christians being good citizens.

In other words, Cliff reminds us to have a prayerful, submissive attitude toward the government, to pray for leaders, and to live peaceably in society like Jesus did.

“There are a lot of ways to be involved in government, like praying for those in government,” Cliff says. “A lot of people don’t. They just totally ignore politics. In America we have a unique opportunity of being involved by voting, which is a stewardship or a gift from God, and we need to be careful how we vote, be informed in how we vote.”

I think Christians need to focus on political issues that are Biblical issues.

He encourages us to model our political zeal after that of John the Baptist, “the humble man who spoke out against the corruption of Herod, who committed adultery, and got his head chopped off for it,” Cliff says. “Herod wasn’t just a politically corrupt leader—he was a religiously corrupt leader.

“I think Christians need to focus on political issues that are Biblical issues.”

Those include the sanctity of human life, euthanasia, definition of marriage, and gender.

“They were Biblical issues before they were political issues,” Cliff says.

Still, teaching on them sometimes results in pushback.

He recalls being challenged by a fellow Christian in 2008—when Californians were voting on a homosexual “marriage” referendum—for preaching a sermon about what the Bible says on marriage.

“I didn’t say anything politically today,” he remembers telling the member. “I was preaching out of Genesis and what God says about marriage.”

His books and sermons urge Christians to stay focused on the real priority, which is “preaching the Gospel of Christ and living the disciplined Christian life: having a genuine personal relationship with Jesus Christ; reading His Word daily; trying to walk and live in the Spirit daily in obedience; and being faithful to the fundamental Christian disciplines, which are being involved in local church, serving in the local church to help edify and build the saints, and being a good witness to the lost around us.”

Cliff was once that lost person that someone else witnessed to. Growing up in Denver, Colorado, the youngest of 10 kids in a “secular home,” all he wanted was to play college basketball. In high school, some friends started sharing Christ with him and urged him in the direction of Westmont College in Santa Barbara, California. He didn’t realize at first that the school was Christian.

But his awakening to Christ came at the team’s first game of the season, November 1, 1985, against Athletes in Action. The AIA players gave their testimonies during halftime.

“I was mesmerized by these basketball players who knew Christ,” Cliff says. “I had never heard of such a thing.”

One of the AIA players talked with Cliff after the game, and Cliff accepted Jesus “right there in the gymnasium,” he says.

“I pretty much had no desire to play basketball after that,” Cliff adds. “I just wanted to study the Bible. It was a very radical salvation experience, transformation. I met Jesus and my wife at Westmont College.”

He changed his major from English to Bible and transferred to Master’s College (now Master’s University) in 1987.

Over the years, Cliff has served in numerous churches throughout California, Utah, and Texas, has taught in six different Christian schools, pastored children, teens, and adults, written numerous books, and, besides being the teaching pastor of Creekside Bible Church, is also a board member of Cornerstone Seminary.