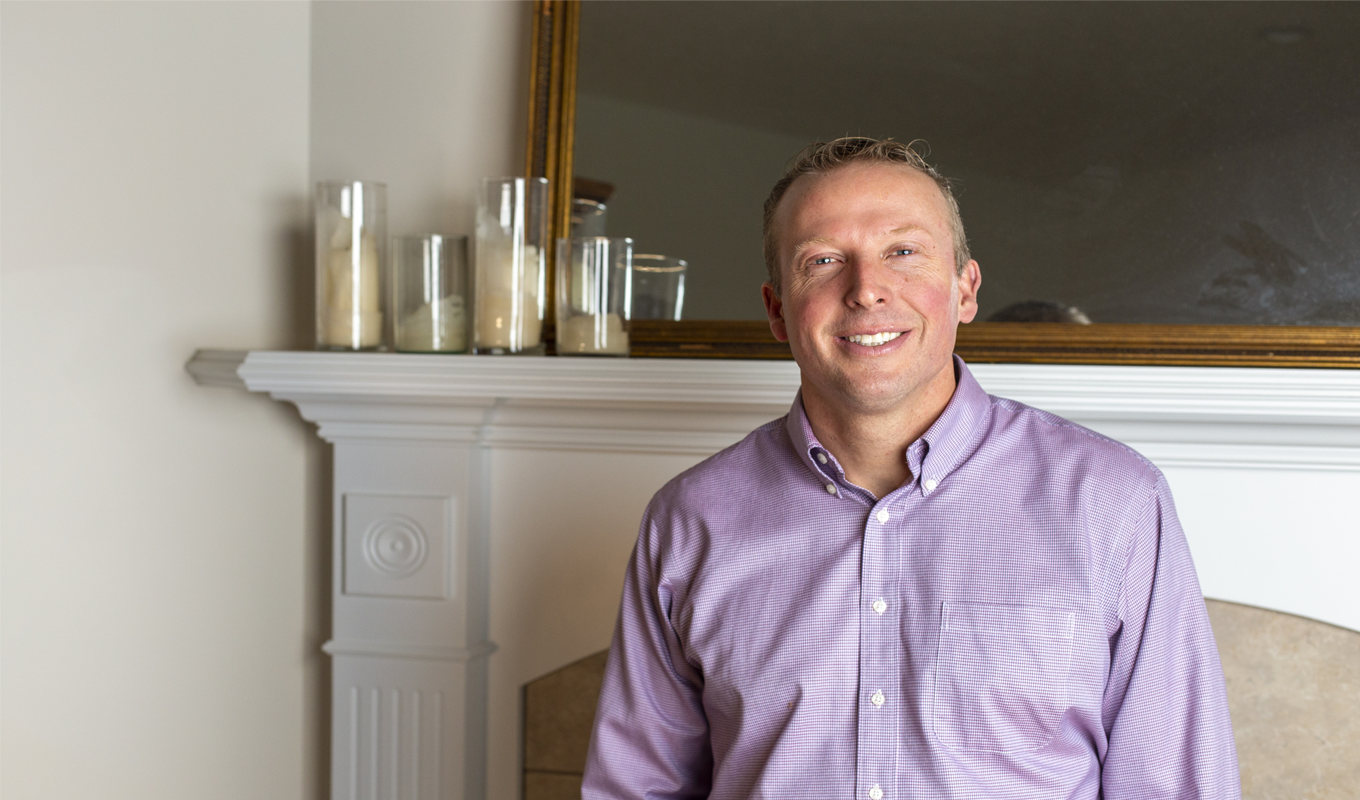 Curt Zondervan is Samaritan Ministries’ newest elected member of the Board of Directors. The Grand Rapids, Michigan-area resident and his wife, Shannon, have three children and are heavily involved in local ministries. He is related to the Zondervans who ran the Christian book publishing company before it was sold to HarperCollins Christian Publishing. But Curt’s resume runs in a different direction. After working in the health care field, Curt is now an independent contractor with MTM Recognition, a company that creates awards and recognition solutions, such as the Heisman Trophy and Super Bowl championship rings.

“I would say that Shannon and I have always been big on worldview, building a Biblical worldview within our children and within teens and young adults at our church,” Curt says. “That has led us to connect with organizations like Bethany Christian Services, the right-to-life movement, and the free-market think-tank Acton Institute.”

Curt says involvement in such ministries is his family’s way of putting their worldview into action.

“If we’re really going to change the culture of America, we’re not going to do it by electing a better president or a better senator or congressman,” he says. “We’ve got to instill Biblical values in the American citizenry, as well as critical thinking, which we appear to be at a loss for today.”

In his family’s pursuit of a Biblical worldview and critical thinking, they became engaged in a variety of ministries. Curt has served on boards of several pro-life organizations and volunteered at their fund-raisers. The family has also volunteered at Acton Institute’s week-long Acton University during summers. The event “looks at the correlation between free markets and freedom of religion, how if you’re likely to lose one, you’re likely to lose both.”

Once he became a believer in Jesus, Curt “pivoted my passions” toward the Lord.

The Zondervans are heavily engaged in their faith.

Shannon is an elementary school teacher in the inner city, “and she’s passionate about that,” Curt says. “She loves the kids. We’re always adopting a family or two over Christmas, which ends up being more Christmas gifts for them than for ours, which is great as long as I don’t have to wrap them!” Shannon is also “a wonderful friend,” Curt says.

Their three children are:

“Most importantly, all three of them are very, very engaged in their faith, and not only engaged, but independent in their faith, which is the number one goal,” Curt says.

Much of Curt’s professional life has included the health care industry.

Curt started in business at age 10, when he became the youngest U.S. Racquet Stringers Association certified racquet stringer in the world, stringing 500 racquets in his age 12 year.

“I was always looking for ways to meet needs,” he says. “That really continued after college.”

Following college, Curt worked for the telecommunications company LCI International. Then he got a job working with Abbott Laboratories. “I was trying to work with doctors to find a way to help folks who maybe don’t have insurance and can’t afford a drug,” Curt says.

After Abbott, he worked for Medtronic, which makes defibrillators, devices that send an electric current to the heart and restore its normal rhythm, such as when a person is suffering a heart attack. He spent 17 years working with ambulance and emergency department crews. “I studied how we can save lives with defibrillation and defib someone quicker and have more opportunity to save their lives, and other things like automated CPR (cardiopulmonary resuscitation),” he says.

He hopes that 20 years of experience in the health care field will help him to better serve Samaritan members.

“Right now, health care for a lot of people is a big problem, and I think Samaritan is a fantastic solution to that as long as we can manage it in a way to keep costs down and give people a lot of independence and autonomy around the care that they receive,” Curt says.

“I’m excited to hear what members are interested in or concerned about, and how those questions can be successfully addressed and help Samaritan grow both spiritually as we try to be a blessing in people’s walk with Christ as well as physically.”

He’s realistic about his learning curve on the Board.

“I’ll be super interested to get a better handle on the demographics of the membership,” he says. “I would like to see how Need percentages break down. I’d also like to explore how we can extend Samaritan to other demographic groups that have not adopted Christian health care sharing yet.”

As someone who likes to travel, COVID-19 restrictions have been “challenging.”

“I’ve got a few vouchers with a few too many airlines right now,” Curt says.

During their marriage, he and Shannon have visited Thailand, Vietnam, the Azores islands, Portugal, Hawaii, Spain, and Ireland.

“’Zondervan’ means ‘without a home,’” Curt says. “I guess that resonates with me a little bit.”

How you can pray for Curt.

Curt would appreciate prayer as he serves on the Board of Directors “and, frankly, for really good ideas as we navigate public policy issues in the years ahead.”

Michael Miller is a Senior Communications Specialist for Samaritan Ministries.