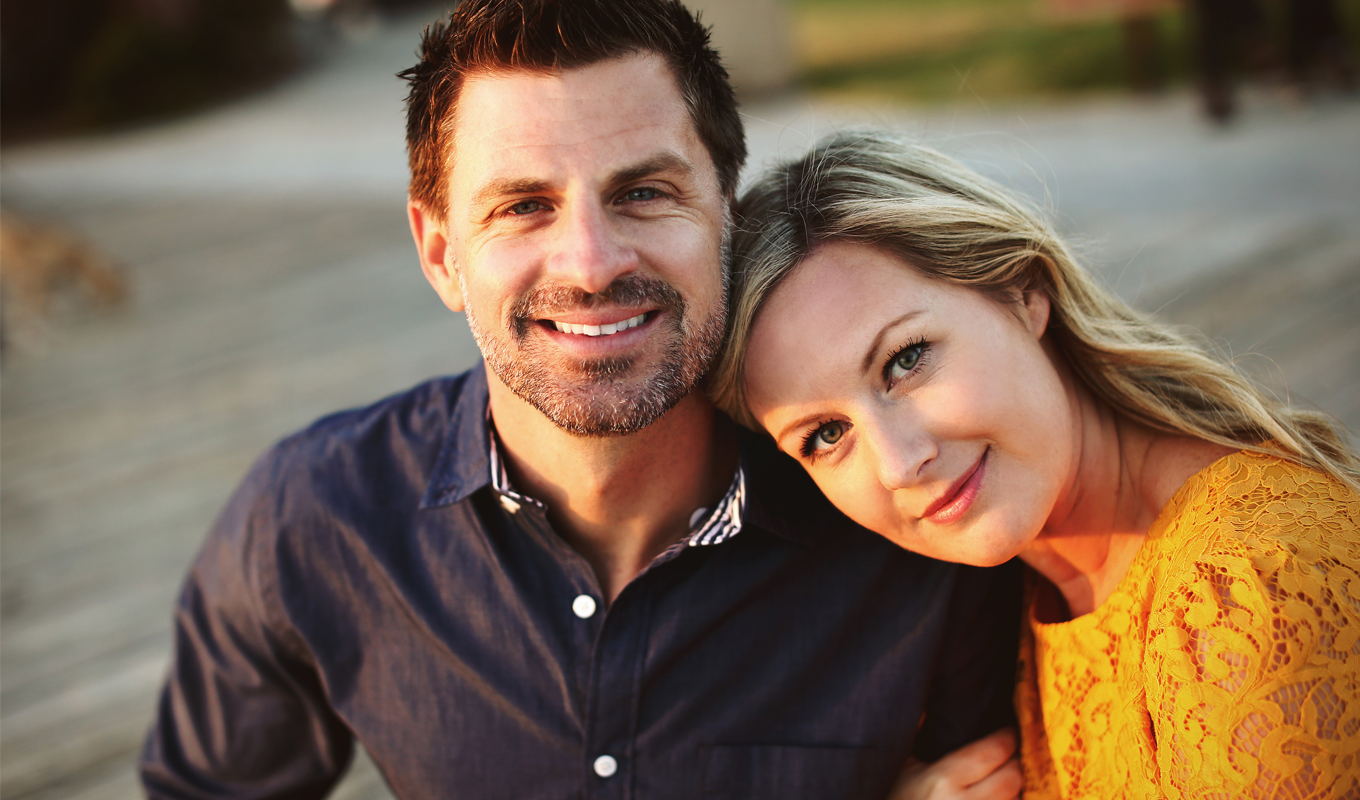 Casey and Meygan Caston’s marriage didn’t start well. They got into a “big, ol’ fight” on the night of their wedding, so Casey slept on the couch.

“We pretty much sprinted toward divorce,” Casey says. “We didn’t know how to communicate. With 12 marriages between both sets of our parents, we didn’t have a good example of how to do marriage well.”

But they redirected that sprint into a marathon and now coach other couples to redirect a wrong-way race using Marriage365, an online service that reaches over 4 million couples per month, with close to a half-million followers on Facebook.

A side gig became a site.

The Castons started Marriage365 as a side gig in 2013 with a blog and Facebook Page. Meygan owned her own event-planning company, and Casey was a nonprofit fundraiser.

“What inspired us to start Marriage365 were our own mistakes and failures,” Meygan says. “We want to provide resources for couples who are struggling just like we were.”

“It’s been amazing to see that God used our own marriage and our struggles to help so many people,” he says.

Meygan adds, “The reality is that therapy is amazing, but most people can’t afford it. We thought, well, what other resources are out there besides therapy for the average, everyday couple? There weren’t many, so we thought, let’s start our own.’”

One of the reasons for Marriage365’s success is that it’s online, offering a private resource  for people who feel they can’t talk to another person about their marriage problems to at least receive reassurance that they aren’t alone in their troubles.

“Of course, within a troubled marriage, it’s so lonely,” Casey says. “You feel like you’re the only one going through struggles. The one thing I would have loved to have known early in our marriage is that I’m not alone in my struggles. I need to hear someone share that they too struggled with communication and building trust. That they too had fumbled with the sex conversation as a married couple. The shame of feeling, like I’m the only one that struggles with this, is what keeps so many couples back. Shame puts them in hiding. Shame says you’re not worthy of love.”

“While the Bible has the answers we need for all of life, sometimes we get stuck in our understanding and need to ask for help,” he says.

It starts with a checkup.

“When couples sign up for our membership, they are given a Marriage365 checkup,” Casey says, “answering 30 questions. Based off those answers, we give them a marriage score and then actually tell them, ‘Here are the areas you need to work on first.’”

“A lot of times, couples don’t even know where to start, so we guide them through that,” Meygan says.

Marriage365 membership offers a bevy of resources, including videos, courses, and worksheets. Membership starts with a free seven-day trial so, the Castons say, if you want to binge on videos and courses in that week’s span, go for it. Or, it’s a good way to get a taste of what the site offers before joining.

While membership at $11.99 a month was popular before the COVID-19 pandemic, it has boomed in the past year, perhaps because more couples staying at home together have had to acknowledge and deal with relationship problems.

“Our membership has grown 815 percent in the past year,” Casey says.

However the Castons choose to communicate, their goal is always to offer practical guidance for healing a marriage.

Look at yourself first.

“The number one thing that we teach is if you want a better marriage, make a better you,” Casey says. “Don’t look at your brother’s (or sister’s) speck, look at the plank in your own eye. We have got to stop looking at our spouse’s faults, because the reality is that we have zero control over what they do, how they respond, their attitude. That’s on them. But what you do have control over is yourself. That mind shift for a lot of married couples is probably the number one success story we hear. ‘I was so focused on what my husband or my wife wasn’t doing or was doing that I wasn’t even focusing on what I could do and how I could heal.’

“When you’re spending time and energy on the other, you have to at some point give up that control and release that to God.”

They stay in their ‘lanes.’

Casey is the visionary while Meygan calls herself the “task-manager-organizer-Type-A planner.”

And they both work to keep their marriage fresh, despite working together full time.

“Knowing our ‘lanes’ was one of the best things we’ve done for our own marriage,” Casey says. “Meygan and I literally spend a solid eight to 10 hours a day working face to face or side by side.”

Meygan adds, “Then we leave the office and be parents to our two children and make date nights.”

“Many spouses who work together actually shouldn’t,” she continues. “It takes a special kind of marriage. Knowing your lanes, knowing what you’re good at. But also saying, ‘Do you want me to be your wife right now or your business partner?’”

Casey says that if their relationship is “disconnected,” they “stop the business” and work on the marriage.

“We’ve canceled film days because of that,” he says. “If we’re not doing well, there’s no way we’re getting in front of a camera and faking it.”

Steal from the best.

The Castons are open about “stealing” their source material.

“We pilfered all of our content from the book of Proverbs,” Casey says. “It’s our job to deliver God’s truth and speak that out, and then it’s up to the Holy Spirit to take that content and convict or comfort those who are listening or reading.”

He says Marriage365, which does not describe itself overtly as Biblical, is “a common-grace ministry of God as He seeks good will toward all men.” That’s different from the saving grace of God, “which is the work of the Holy Spirit, never the work of man.”

“It is the heart of our team of 20 as we gather for weekly prayer to continue to pray for God’s Spirit to convict emotionally lazy spouses or heal marriages,” Casey says.

The Castons are bringing other voices into Marriage365, because it was “never supposed to be a Casey-and-Meygan ministry.”

As the Castons continue to build their “Netflix for your marriage” platform, they pray the result is moving the needle on divorce and seeing marriages and families find health and thrive.

How to pray for the Castons.

Read examples of Marriage365’s connecting questions for couples, families, and yourself. You can also read about why the Castons joined Samaritan Ministries.