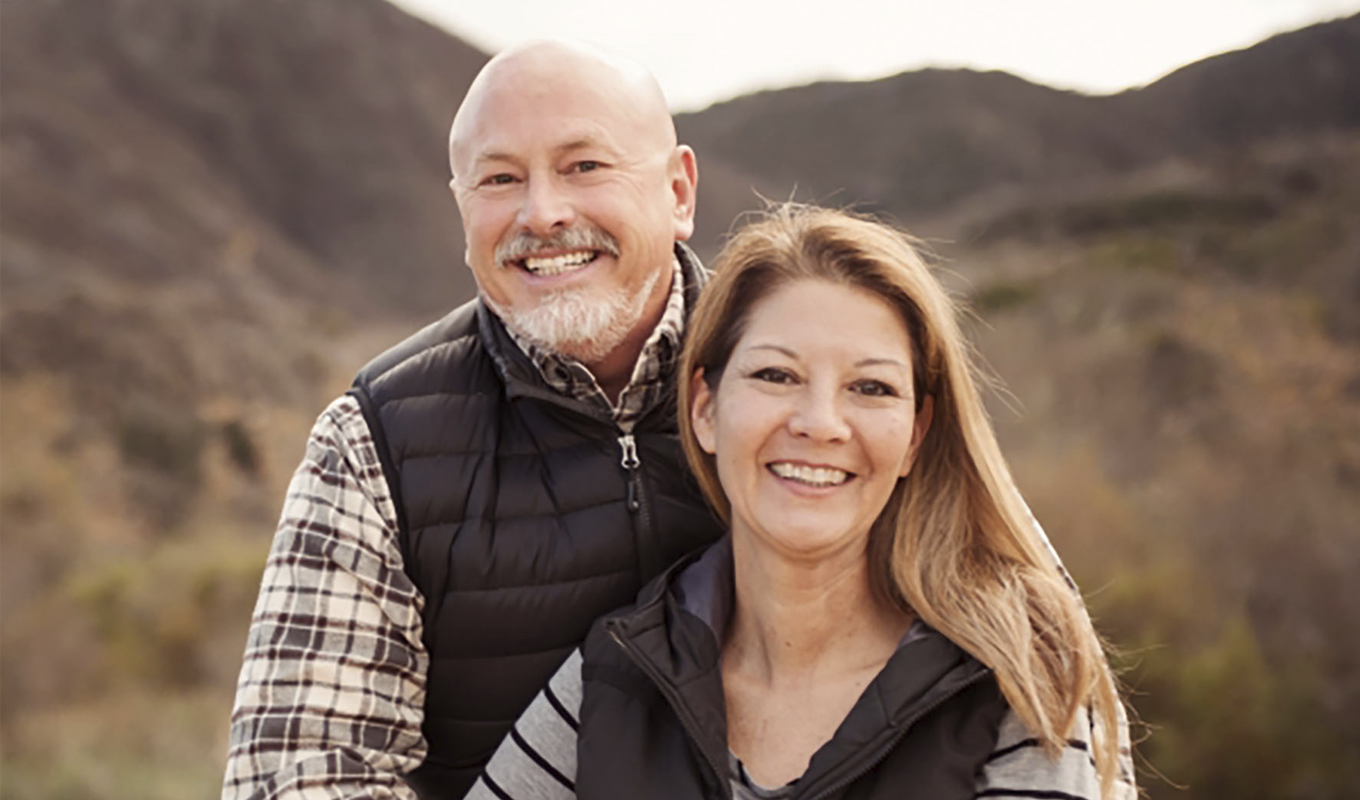 Member Spotlight: Carlos and Lisa Sales of Reaching the Hungry

Reaching the Hungry, started by Carlos and Lisa Sales, helps indigenous ministries address the needs of body and soul around the world.

“There is such a huge need for water and food,” Carlos says. “With Reaching the Hungry (ReachingTheHungry.org), our focus is spiritual and physical. It’s word and deed. We wanted a balance—not just humanitarian work and not just the Gospel. We wanted to reach them so they would be willing to hear the Gospel.”

Harnessing their skills and the contacts made from 17 years in church ministry, the couple has been involved in training pastors, installing water wells, raising money for missionaries, starting Bible studies, translating Scripture, and many other services.

Being bridges for missionaries.

“Basically we’re trying to be bridges helping the missionaries reach the people who they want to reach,” Carlos says.

Missionaries, pastors, and the people they serve are not the only ones benefiting. Back in the States, the Saleses have come across many Christians who have the desire and resources to help but don’t know how.

“The more (Carlos) worked in the church, the more he saw the need for more opportunities for congregants to step out in faith,” Lisa says. “The need is overwhelming, but we believe churches are in huge part the answer to that need. They just need help getting it started.”

Indeed, that’s exactly the mission statement of Reaching the Hungry: to mobilize the Church and put faith into action. In some cases, it’s meant helping to fund raise so missionaries don’t have to leave the field because of a lack of money.

“We have very prayerfully asked God to show us missionaries who have God’s hand all over their work, that they’re people of integrity, they have the same philosophy of meeting physical and spiritual needs and seeing it through to discipleship,” Lisa says. “The Lord has been gracious to let us serve in four countries at this time.”

It started with wells in Malawi.

When Carlos asked village chiefs in the southeast African nation of Malawi what they needed, “water” was their response. All throughout Africa, the need for basic food and clean water is overwhelming. Nearly 50 percent of children in Africa under 5 won’t survive because of waterborne diseases.

“The chiefs know that water is going to save their villages,” Carlos says.

Carlos figured out a way to install a water well for less than $2,000. He taught other Malawians how to build them, and, over the next five years, God provided the resources to install 100 wells throughout Malawi.

“When you think that two of four children don’t survive and someone comes and builds a water well, it’s an answer to their prayers,” Carlos says. “They can’t believe you would come all the way around the world and use your resources and do that for them. Then their eyes and ears are wide open to wanting to hear why you would do that, and that’s when we have the opportunity to share the Gospel.”

In every village where a water well is installed, the Jesus film is also shown. The Saleses say they have seen thousands accept Christ. Those who have responded to the Gospel are put into small groups, and Carlos and Lisa’s staff go back to the villages and start Bible studies, often with several hundred in each group.

Because of the large numbers of people coming to the Bible studies, and not enough people to lead them, the Saleses have had to rely on small solar-powered audio Bibles in a variety of languages. Carlos purchases the audio Bibles from Talking Bibles International.

“After several years, we saw that the people really wanted to dig deeper,” Carlos says. “People were coming to know Christ because the Bible is living and powerful, and when you deliver the Word of God, people come to know Christ in their language.”

Reaching the Hungry sends five teams down to Mexico from several churches in California for one-day trips throughout the year to work with an orphanage there, running outreaches, participating in spring cleaning, spending time with the children, gardening, doing work projects—whatever is needed.

Because of COVID-19 restrictions last Christmas, Carlos was unable to send any groups down to organize festivities for the children and workers, so he did the next best thing: mobilize resources in the United States. Churches from all over California responded. Some sent money for a Christmas party for the children and staff. Others sent complete clothing outfits for each child. Others provided funds for personalized gifts to be purchased for each child. Another church provided backpacks for each of the kids.

During the COVID-19 shutdown, American pastors were able to switch to online church services and online giving. That wasn’t the case in countries like Costa Rica. Online services and online giving were nonexistent. Pastors and missionaries still had expenses and the need for resources to survive. Reaching the Hungry stepped up to help them through the lean times by meeting with pastors weekly online to train them in raising support and offering online services.

After a year of training, one pastor was able to secure $1,650 of committed monthly support. Carlos also encouraged him to start offering services through Facebook Live, and his church grew more through that venue than when they were meeting in person. Once they reopened, booming attendance required a second service. That followed with the need for training in how best to lead the increasing number of people who were attending weekly services. With the resources and teaching Carlos provided, the church has seen a steady growth of 15 percent every month.

Basketball in the Philippines.

From their daughter who was working as a midwife in the Philippines at the time, Carlos and Lisa learned of a family of seven from the UK who were using basketball as a means to introduce kids to the Gospel. As youth started coming and playing basketball and hearing about Christ, the missionaries challenged them to begin memorizing Scripture to earn jerseys, which the kids would wear around their neighborhood, which in turn generated more excitement and attracted more kids.

Carlos and Lisa were following the effort on Facebook and decided to get involved by sending uniforms to the ministry that had grown to 200 kids. As uniforms were donated, Carlos kept sending them. Pretty soon the missionary had started a league with more Bible studies and continued to give away uniforms as kids memorized their Bible verses. Additionally, because of Carlos’ teaching, video, and online skills, other pastors were coming to him for direction on how to raise money and shepherd their people. Carlos started an association of churches throughout the city, using different resources to teach pastors how to reach their own communities.

How you can pray.

Read about why Carlos and Lisa chose Samaritan Ministries for their health care.