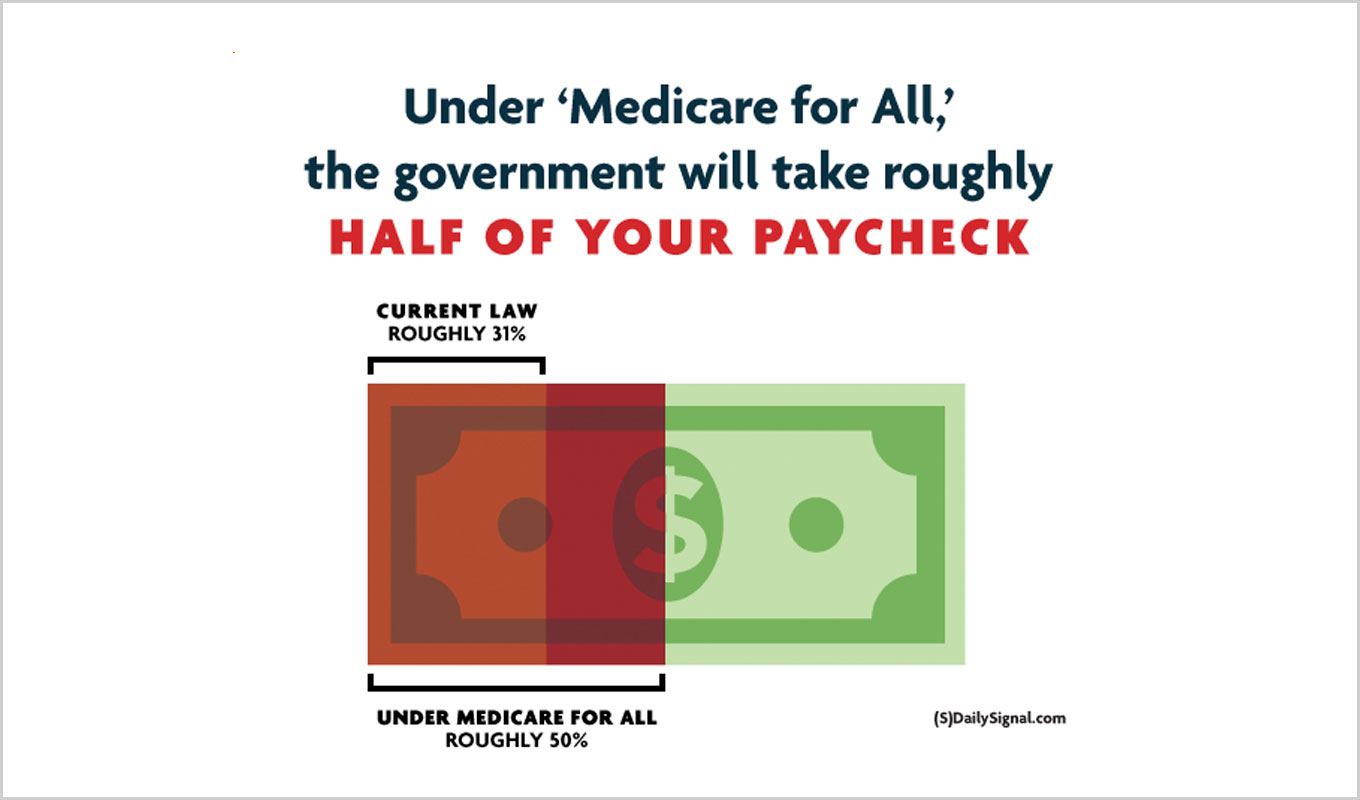 'Medicare for All' would hit household income, study says

Most Americans will pay much higher taxes and earn less income if Medicare for All becomes law, a new study by The Heritage Foundation states.

“How ‘Medicare for All’ Harms Working Americans” found 73.5 percent of Americans would shoulder financial hardships under the proposed universal health care system.

Most workers would pay 21.2 percent more in federal payroll taxes, bringing the rate to 36.5 percent for most workers. Average annual disposable income for U.S. households would decrease by an average of $5,671.

In addition to income taxes, most American workers pay 15.3 percent in payroll tax, 12.4 percentage points of which funds Social Security and 2.9 percentage points goes to Medicare. The new payroll tax of 36.5 percent would apply to every dollar earned, from the lowest-paid worker to the highest, the study states.

Read more about this study.