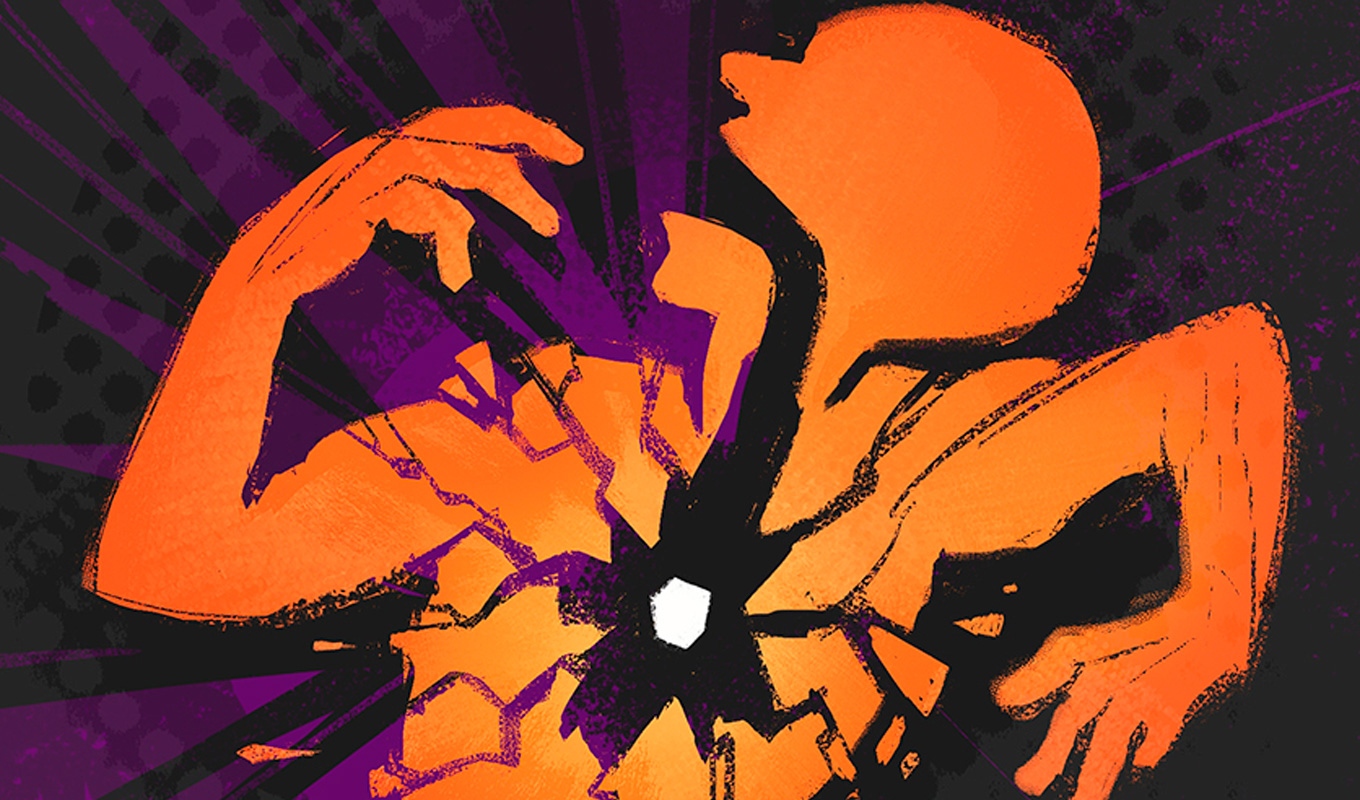 Fat Chance: Beating the Odds Against Sugar, Processed Food, Obesity, and Disease by Dr. Robert Lustig argues that sugar drives obesity and disease by wrecking our hormones and destroying our ability to regulate energy.

Dr. Lustig was not planning to write a book about obesity. As a pediatric neuroendocrinologist, he specialized in treating hormonal disorders in children with cancer. While working alongside leading doctors from many fields at St. Jude Children's Research Hospital, he came to a realization. Obesity is all about his area of expertise: hormones.

Cancer—a tumor, surgery, radiation, or chemotherapy—sometimes destroys key hormone receptors in the brain. As a result, child cancer patients often suffer from all kinds of severe hormonal disorders. Maybe they can’t start puberty or will never be able to have children. And sometimes they become massively obese and sedentary, losing all interest life.

As Dr. Lustig and others struggled to help these children, they had to map out hormonal pathways and learn the biochemistry that determines whether our body stores or burns energy. They kept coming back to the hormone insulin.

According to Dr. Lustig, our body basically has two compartments. The first is our lean body mass—heart liver, kidneys, brain, muscles—which burns energy. The second compartment is fat, which stores energy. Insulin determines which compartment the energy goes to.

When insulin levels are chronically high, there is a breakdown in the hormone pathway which signals the brain to tell the body to stop storing energy in fat and burn it. Obesity is the result.

What causes insulin levels to remain high and obesity to surge out of control? It could be cancer destroying the hormone receptors. Or, in the case of millions of obese adults, it’s sugar and diets without fiber. In other words, our modern diets of processed food. Therein lies the key to overcoming obesity.

“The overriding thesis of this book is that your fat is not your fate—provided you don’t surrender,” Dr. Lustig says. “Because people don’t die of obesity per se. They die of what happens to their organs.”

He explains that obesity is just one marker of metabolic syndrome, a cluster of diseases that also includes heart disease, stroke, diabetes, cancer, dementia, and cirrhosis of the liver. “It’s metabolic syndrome that will kill you.”

<p>When insulin levels are chronically high, there is a breakdown in the hormone pathway which signals the brain to tell the body to stop storing energy in fat and burn it. Obesity is the result.</p>

Furthermore, the idea that metabolic syndrome is caused solely by a lack of willpower to exercise and stop overeating is simplistic and misleading. Biochemical factors driving obesity must be accounted for. Dr. Lustig explains that “your caloric output is controlled by your body and is dependent on the quantity and the quality of the calories ingested.” There are not only good fats and bad fats, but also good carbohydrates and bad carbohydrates. Dr. Lustig argues that sugar is a bad carbohydrate, and the real cause of obesity and metabolic syndrome.

First, Dr. Lustig explains that, in the case of obesity, a lack of willpower is actually a behavior driven by the hormones involved in storing and burning energy (a.k.a. fat), which ensure we have the energy we need to stay alive.

Multiple hormones and processes are involved in fat storing and burning. When the pancreas releases insulin, fat cells are unlocked and filled with unused energy from food. In other words, the body makes more fat. On the flipside, when insulin levels drop, fat cells break down into fatty acids and the liver burns them. The body loses fat.

Another key hormone is leptin, which signals the brain that the body has eaten enough. When leptin isn’t working properly, the brain perceives starvation.

Some children have an extremely rare genetic mutation that prevents them from producing leptiin, which results in increased appetite, decreased energy, and massive weight gain. Leptin hormone replacement therapy helps them to lose fat (no muscle), and their energy increases.

But the majority of the 1.5 billion overweight or obese people in the United States do not have a rare leptin deficiency. Instead, Dr. Lustig says, leptin resistance is “the key to the obesity epidemic.”

People who are leptin resistant have brains that “think they’re starving, and will therefore try to increase energy storage (gluttony) and conserve energy usage (sloth).” As a result, their brains signal the pancreas to make extra insulin, which leads to energy storage and conservation, or fat gain and fatigue.

And while not everyone has the same problem with insulin, Dr. Lustig explains that two major causes of high insulin, and therefore obesity and metabolic syndrome, are diets high in sugar, and fat buildup in the liver which is another consequence of a high-sugar diet. “This raises insulin levels throughout the body,” says Dr. Lustig, “driving energy into fat cells everywhere, and making other organs sick as well.”

He explains that, while subcutaneous fat (the bulk on our hips and legs) can be unsightly, we should be more concerned with this liver fat (a.k.a. visceral fat). “Chronic metabolic disease starts when fat deposits itself in organs such as muscles and especially the liver,” regardless of body size or BMI.

But this research, he says, was rejected by American dietary policymakers in favor of the idea that saturated fat is the cause of heart disease. Beginning in the early 80s, the food industry complied with government dietary policy by producing low fat foods high in added sugar so they still tasted good. By the 90s, added sugars “devoid of their inherent fiber went through the roof.”

And now, the obesity epidemic is “a pandemic,” affecting every country in the world with an “industrial global diet” like ours.

Whether the diet is low carb or high carb, Dr. Lustig says that sugar is “the one item that’s excluded from every successful diet in the world. … And it’s the real culprit of the global obesity and metabolic syndrome pandemic.”

“Every successful diet in history restricts sugar,” says Dr. Lustig, “Sugar is, bar none, the most successful food additive known to man. When the food industry adds it for ‘palatability,’ we buy more. And because it’s cheap, some version of sugar appears in virtually every processed foodstuff now manufactured in the world.”

When Dr. Lustig talks about the dangers of sugar, he doesn’t mean whole fruit. “The fruit is good for you,” he explains, “because it also contains fiber.”

In fact, sugar’s long-term effect on the liver is no different than ethanol, the known toxin in alcohol. “We know we must limit our ethanol consumption. But sugar flies under the radar,” says Dr. Lustig.

<p>Whether the diet is low carb or high carb, Dr. Lustig says that sugar is “the one item that’s excluded from every successful diet in the world. … And it’s the real culprit of the global obesity and metabolic syndrome pandemic.”</p>

If we can control what we allow ourselves to eat, and how we eat, Dr. Lustig says we can prevent and correct our hormone issues and recover from metabolic diseases. “The goal of obesity management is to reverse the hormonal dysfunction” Dr. Lustig explains.

He says not to worry about which diet you follow. Instead, make sure what you eat for breakfast, lunch and dinner has these characteristics:

Mostly unprocessed, or processed as little as possible.

Additionally, exercise will lower insulin and increase the energy you burn at rest (a.k.a. “speed up” your metabolism).

“This book is about the dispassionate science and logic of obesity and how it can help individual sand society,” Dr. Lustig writes. “I get sick when I think of what’s happened to us, our country, and our planet. This book is my outcry for a better world for our children.”