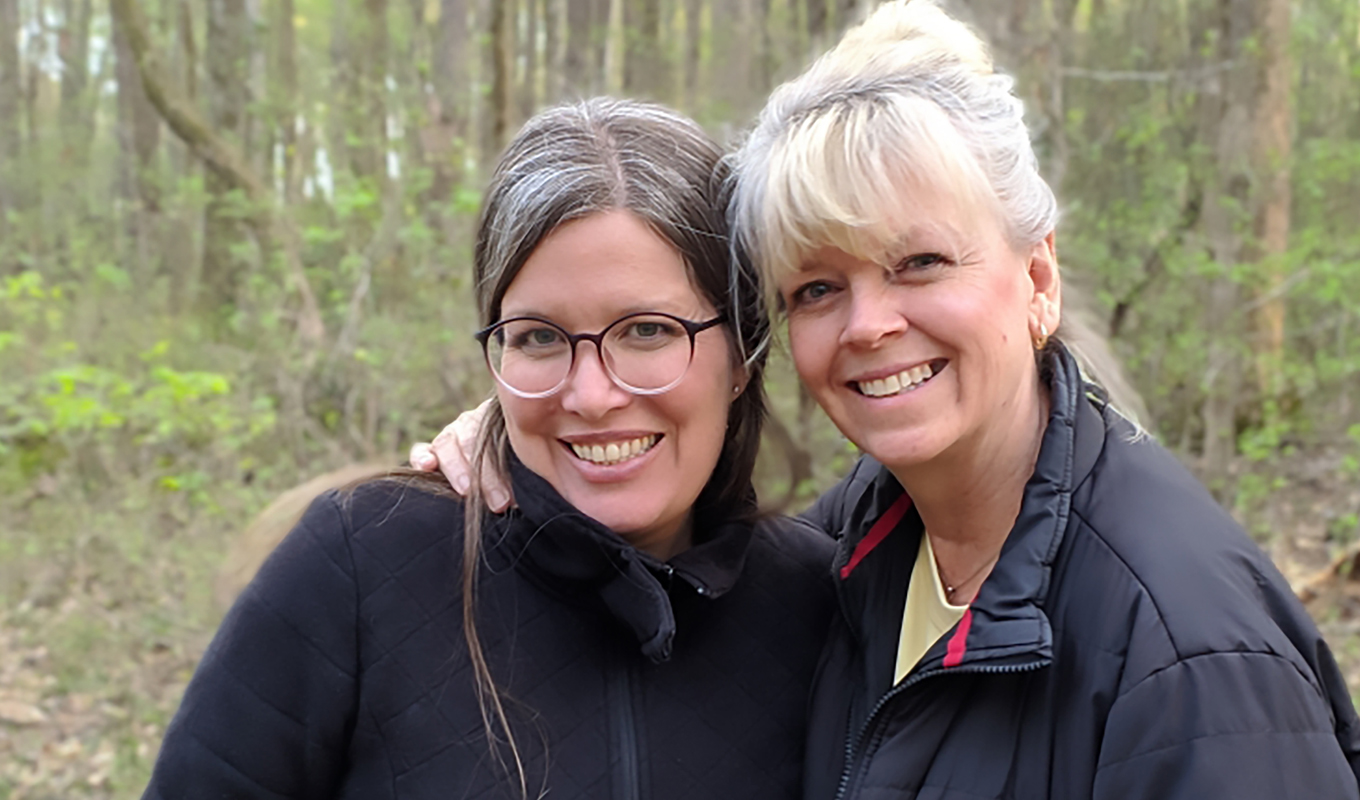 HealingStrong is one-third support group, one-third Bible study, one-third health class, and all about honoring God with our whole person, cancer or no cancer.

Co-founded by Samaritan Ministries member and cancer survivor Cortney Campbell and fellow cancer survivor Suzy Griswold, the international organization is a “community of volunteer-led groups that support our group members in living holistic, intentional lives that honor God and His Word.”

This is done by focusing on three areas:

The “rebuilding the body” aspect emphasizes a diet that removes processed foods and is rich in the consumption of raw fruit and vegetables, organic if possible. Appropriate fasting is also encouraged. HealingStrong teaches that such changes can help those going through or recovering from cancer and may even help strengthen the body against it in the first place. Recipes and other resources for healthy eating abound not only on HealingStrong.org but also on Cortney’s AntiCancerMom.com website.

Renewing the soul focuses on godly mental attitudes such as forgiveness, de-stressing, trust, and gratitude, including “believing that God’s design for healing also includes rebuilding our body and refreshing the spirit.”

The last goal of refreshing the spirit encourages prayer, Bible study, and discipleship, offered through weekly online community prayer and nightly online community Bible reading. Bible-based resources and devotionals can be downloaded for free on the HealingStrong website and are available on the YouVersion Bible app.

“God wants our minds strong and free of toxic thoughts and emotions,” Suzy says. “He wants our bodies strong, too, so that we can be all He wants us to be. Our mission is Kingdom-focused, and our desire is to help others live a life that honors God with their whole being.”

The network, with groups in the U.S., Canada, and even the South Pacific, was started 10 years ago when Cortney and Suzy connected through AntiCancerMom.com.

Cortney had been cancer-free for about three years after being diagnosed in 2008 at age 26 with stage 2 Hodgkin’s lymphoma. Instead of going through conventional treatment, she practiced evidence-based nutritional changes, opting for a primarily raw-food, vegan lifestyle with “very targeted supplements” and detoxification. She and her husband, Kevin, opted for this route because their oncologist informed them that chemotherapy and radiation could likely render her infertile, and they wanted to start a family.

“When I first began my holistic cancer regimen, we decided on a three-month window to see how well I could do with just the natural therapies, monitoring the cancer behavior carefully through a new oncologist who was supportive of my decision,” Cortney says.

When she got the news of her remission eight months later in 2009, she was pregnant with their first child.

In 2011, Cortney started AnticancerMom.com, which features encouragement for cancer patients and resources for a healthy lifestyle. The main goals are to help readers prevent cancer through diet and strengthen the bodies of those going through treatment or in remission.

Suzy, who had dealt with thyroid cancer that spread to her lymph nodes but has been in remission since 2011, was following much the same holistic approach as Cortney. She became aware of the latter’s blog and reached out to her.

“And I ignored her for several months,” Cortney says, laughing. “At the time, I had just had my daughter and was over my head teaching full time. I had many people reaching out to me about cancer through my blog and couldn’t get back to everyone.”

But Suzy wanted to put on a “holistic healing conference” and, like the persistent neighbor in Luke 11, kept reaching out to Cortney, who finally responded. The two women, who both live in Georgia, met for tea—green tea and stevia, of course—and hit it off.

Joining with other survivors, caregivers, and friends, the result was the first HealingStrong Conference and Retreat, a holistic cancer conference that attracted more than 150 people to Atlanta.

But a funny thing happened during the conference.

Nearly 10 years later, what became HealingStrong has had 450 groups that have met at one time or another in the U.S. and Canada, with many still active.

Suzy and Cortney developed a 12-month customizable curriculum to give the groups guidance as needed and a training system for group leaders.

Christian faith is a foundational aspect of HealingStrong.

“We had worship and prayer at our first conference,” Cortney says. “We gave out lots of Biblical materials.

“We believe you can follow God’s leading in your healing journey, but it’s Him who does the healing.  You can’t give credit to the food. You can’t really give credit to ‘I’m going to make my life stress-free,’ because God’s the One who does it.

“We’re not on this earth forever, so ultimately the most important thing is that we know the Lord.”

"Our mission is Kingdom-focused, and our desire is to help others live a life that honors God with their whole being."

While HealingStrong group leaders or members are not required to be Bible-believing Christians or to sign a statement of faith, they are expected to respect the Christian foundations of the organization and affirm its core values before registering to be a group leader.

HealingStrong’s discipleship approach is that every point of contact is an opportunity to love as Christ loves and lead others into His Truth, resulting in many conversions.

“We have had many of our group leaders who were not believers when they started but who became believers through the process of leading the group,” Cortney says.

HealingStrong members also created Around the Word in 80 Days in August 2020, described as “a volunteer-led community Bible reading.” Participants still gather online for an hour each night to read or hear the Bible read. They’ve been through the entire Bible eight times now.

The spiritual content of HealingStrong has grown over the years.

“We’re having to go back and revise some of our early literature because it was so focused on the food, what goes in the body, and protocols, as if they were a ‘one size fits all’ thing,” Cortney says. “What we have seen over the years is there’s much more to it. Just to stay alive on this earth shouldn’t be our goal. It’s to ultimately grow closer to our heavenly Father.

“Our focus has become more geared toward that versus the importance of what we put in the body, although all that’s very important. But since we’ve refocused on God, I feel like we’ve found a way that we can serve here on earth.

“Suzy and I have grown more in spiritual ways over the past 10 years than we’ve grown in knowledge of what phytonutrients are in cucumber juice,” Cortney says with a laugh.

Suzy adds that, “If all we did was teach people how to juice and eat healthy and did not point them to the one true God, then folks would just be a little more comfortable in their darkness.”

While the HealingStrong network offers information on alternative health practices that it believes can help people avoid cancer, there’s no judgment on the type of treatment current or past cancer patients involved in HealingStrong choose.

“We never tell people what to do,” Suzy says. “What we teach are principles that are fundamental to healing that will support a holistic or integrative approach.”

Most people who attend HealingStrong groups are going or have gone through chemo and radiation.

“What we do teach them are ways to rebuild the body, renew the soul, and refresh the spirit,” Suzy says.

There’s no hostility toward the medical establishment, Suzy says. Groups have included participation of both allopathic and naturopathic doctors.

“We are not anti-medical establishment,” Suzy says, “we are for supporting you through a community that will give you confidence along your path.”

That concept of taking charge of your treatment was important for both Suzy and Cortney’s experiences. Even though Cortney chose to do her own natural cancer treatment, she remained under the care of an oncologist. Suzy underwent surgery and radiation but declined chemotherapy.

“I dove headfirst into healing my body with plant-based nutrition, emotional healing, and drawing closer to God through the Word,” says Suzy, who has 10 family members who have died of cancer.

After 18 months, she says, her lymph nodes showed no evidence of disease, and she’s been cancer-free ever since.

And although the emphasis is on cancer survival and recovery, HealingStrong groups welcome people with all illnesses and diseases, “even people who are healthy that just want to learn more about nutrition or just want to gather with like-minded people who attend our groups,” Cortney says.

Meetings are in-person, online, or hybrid. They typically open with a prayer or devotion, then the lesson, which lasts 45 to 60 minutes. After that, each group’s meeting is different. There may be more discussion and distribution of resources, sometimes a meal together. Meetings typically last about 1½ to 2½ hours. Some groups take field trips or join other groups for conferences. Group leaders frequently meet up for encouragement and support.

Anyone can start a group by registering at HealingStrong.org, at which point they’re assigned a mentor. Right now, registration is a $99 lifetime fee, but that will be changing to a monthly fee soon. After training, new leaders can order materials and start advertising the group’s existence. Their group will be listed on HealingStrong.org/groups so new members can find them. The leaders also continue to be mentored and supported through monthly training, community meetings, and even group leader conferences.

Cortney, who was a HealingStrong board member at one time as well as co-founder, has stepped back and focused on homeschooling her five children—with another one due soon. She posts regularly on her Facebook Page and sends out an occasional email newsletter through her blog.

Through it all, her goal has been to educate readers to realize “how all the bodily systems are connected and are very aware of each other,” Cortney says.

“It’s not an isolated event when we get cancer. It’s a systemic event.”

Michael Miller is editor of the Samaritan Ministries newsletter.