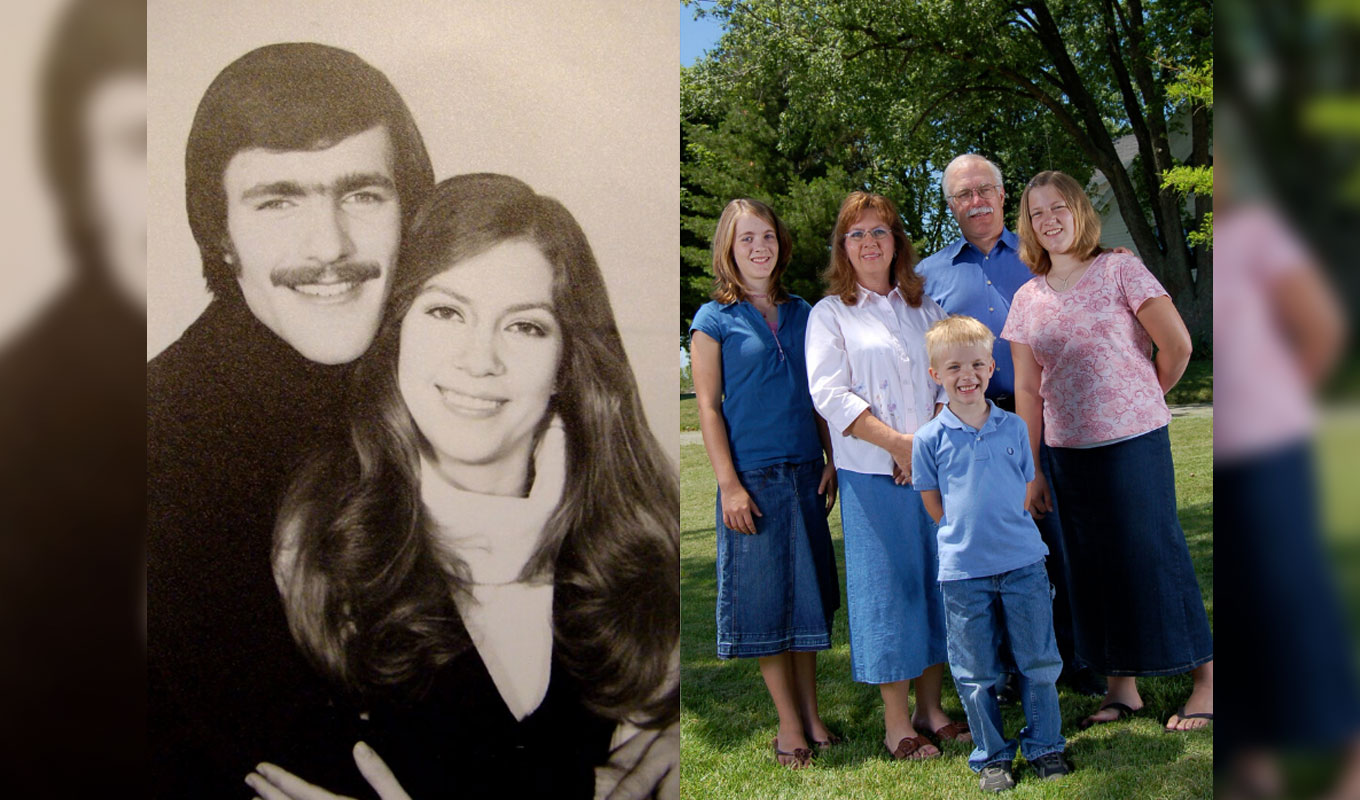 The following is an excerpt from Sharing the Burden: The Samaritan Ministries Story by Samaritan Senior Communications Specialist Michael Miller. You can buy the book here.

God began weaving the tapestry that would become Samaritan Ministries International when a young married couple from central Illinois attended a family-training conference in the mid-1980s. Ted and Shari Pittenger were starting their family and looking for guidance in how to build a God-fearing household.

During one of the sessions, a speaker talked about the possibility of starting a health care sharing program similar to one called Christian Brotherhood (now known as Christian Healthcare Ministries), founded in 1982. Brotherhood was modeled after Anabaptist methods of supporting community members with burdensome needs. The speaker encouraged anybody interested to share his or her contact information with him.

Ted and Shari put their names down.

“It was an exciting concept to me,” Ted said.

For Ted, “exciting” could explain any concept pointed at furthering the cause of Jesus Christ in the world, especially anything that would deepen one’s spiritual walk, as well as the role that families played in the Body of Christ.

Genesis of a Ministry

Born in 1955 in Mount Morris, Illinois, a small town 100 miles west of Chicago, Ted Pittenger attended church as a youngster but qualified as a “Christian in name only.” It wasn’t until 1972, during his junior year at Mount Morris High School, that he understood his need to make Jesus Christ his Lord and Savior. This awakening took place during a Bible study at his football coach’s house. Ted then got involved in that coach’s church and coffeehouse ministry. By the time he headed southeast to the University of Illinois (U of I) at Urbana-Champaign in the fall of 1973, Ted Pittenger stood on a solid foundation of faith.

Initially, he wanted to study architecture at U of I. He had enjoyed drafting class in high school. “I thought, ‘Isn’t that what an architect does, blueprints and drawings and stuff like that?’” Ted recalled. Besides, he could probably make pretty good money at it, which was important to him. But when he took an introductory architecture course as a freshman, he discovered that not many architects designed houses anymore, instead focusing on “hospitals and schools and larger buildings like that.” He had wanted to fulfill his creative bent by designing homes for a living, but now he saw that wasn’t likely to happen.

By the next semester, his love of numbers had convinced Ted to change his major to accounting.

“I used to keep track of my own personal finances, and I could tell you to the penny how much I had,” he said with a laugh. “That was back when I had 50 bucks. If I bought a five-cent piece of gum out of a gumball machine, I’d write it down.” After he almost failed his first accounting course, though, he decided to veer away from that profession, too.

For Ted, “exciting” could explain any concept pointed at furthering the cause of Jesus Christ in the world.

Then the coach’s wife, who had helped lead him to Christ, offered to disciple him, so he decided he would drop out of college for a year for this Biblical training. When autumn came, though, the couple told Ted that the woman wouldn’t be able to work with him.

However, he still had direction. Ted headed back to U of I for the spring ’75 semester and contacted Jeff Burgard, a student and member of the campus chapter of the Navigators, a nationwide Christian discipling organization. Jeff agreed to disciple Ted.

Ted also settled on a major that semester: classical civilization. He had set his sights on getting a job with Campus Crusade for Christ (now known as Cru), an evangelism and discipleship ministry he greatly admired. He realized that to get that job he would need a college degree. However, he decided he didn’t want to obtain a degree in a high-earning field and then be tempted by a well-paying career that might distract him from ministry.

“I had a fear that I would become materialistic if I became an architect or engineer or something like that, and that materialism would take me over,” Ted said. “So I had purposefully gone into classical civilizations, knowing that it was somewhat of a dead end, career-wise. But at least I’d have my college degree so I could go on staff with Campus Crusade.”

He ran into a stumbling block when the Campus Crusade ministry in Champaign “kind of fell apart” (although it later bounced back), so he worked with the Navigators. “But I still had this heart for Campus Crusade,” Ted said. Once the campus director for the U of I Navigators asked Ted what he’d like to do after graduation. Ted’s answer caught him off guard.

“I’d like to go on staff for Campus Crusade,” Ted replied.

The director just looked at him, offering a hesitant response along the lines of, “Okay . . . I’m all for that. Not everybody can go on staff with the Navigators, and we’d love to train up some guys and have them go into different ministries.”

Ted secured his heart’s desire in 1978, when Campus Crusade hired him for its staff at the University of Wisconsin-Eau Claire. He served there three years. In 1979, he achieved another heart’s desire—marrying Shari, whom he had met as a fellow student involved with the Navigators at U of I.

But then Ted changed ministry directions, thanks in part to Campus Crusade itself. At a training session, he learned that about 80 percent of American Christians became believers before age 18, meaning that the vital time to reach people is during the first 18 years of their lives. Ted began to feel pulled toward ministry to and through families more than toward ministry with college students.

“I thought maybe families are the more important thing—raising up godly mothers and fathers so they can raise up godly children,” he said.

Ted left Campus Crusade in the summer of 1981. Not knowing what else to do for the moment to support their growing family (his first child, Meg, had been born in 1980), the Pittengers moved to East Peoria, Illinois, where Ted soon started working as a painting contractor for a business run by Shari’s aunt and uncle. He learned how to wallpaper and paint. The Pittengers’ assumption was that Shari’s aunt and uncle were going to retire soon and that Ted would take over the business. Soon, though, the aunt and uncle signaled they wouldn’t be retiring for some time. So Ted started his own painting and wallpapering business: Pittenger Paint and Paper. In 1982, their second child, Breanna, was born.

All the while, Ted watched for opportunities to return to ministry. In 1985, he even applied to be a painter at Wheaton College, Billy Graham’s alma mater, near Chicago. He thought he could start taking classes on the side and get back into ministry that way. Even though he thought the job spelled a perfect match, the college didn’t hire him.

By the mid-1980s, after the birth of Jason, their third child, Ted and Shari decided to homeschool their children. Although uncommon at the time, the practice was attracting an increasing number of Christian families. That focus on the home provided the impetus for Ted and Shari to attend several family conferences, where they first heard about health care sharing ministries.

Until then, the Pittengers had gone without health insurance.

Look for more from Sharing the Burden: The Samaritan Ministries Story in coming months. Get your copy here.